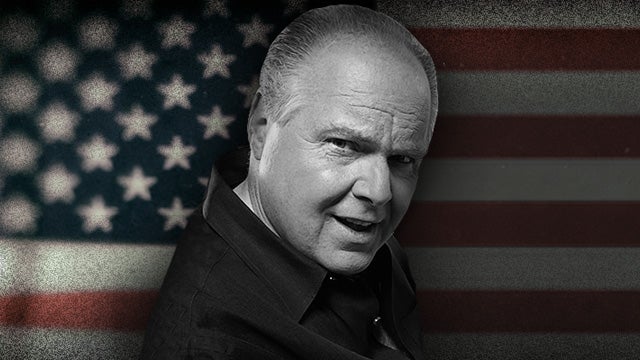 You know, there’s any number of ways of looking at this. One of the ways of looking at it is it has taken whatever length of time that we’ve been shut down, what is it, six weeks or seven weeks, it’s taken less than two months to wipe out the roaring economic gains of three years and taken our economy back to the Obama administration economy high mark.

This was done on purpose. I don’t want to re-prosecute those days, but it was purposeful. The Obama administration was convincing people America’s best days were behind us. They were globalists. They wanted to push the United States into this new global arrangement where we would not be in charge of our sovereignty. A bunch of Europeans would basically be in charge of a world government, a globalist government.

And they further stated that some of the glory days of America’s past were not legitimate, that our economic strength and power from those days was maybe ill-gotten, that we had stolen some of it, stolen resources from other nations, that we had built our nation on the backs of people who were not properly compensated.

Now, folks, I remember being livid because the Obama administration and the media, the Democrat Party in that era was making its bones running down the United States of America and creating this impression that the new normal was the state of decline and that they were telling us their expertise was in managing this decline so that there would be as little widespread pain as possible. That’s what their expertise was. They were gonna be able to prevent economic pain.

There was no talk of economic growth. There was no talk of massive American superpower type economic growth. If you’ve forgotten this, don’t doubt me. We could go back and find various segments that I did on this and repost them at RushLimbaugh.com from the archives if we wanted to. I mean, they’re plentiful. The point is Trump is elected and in three years we accomplish everything the Obama administration, including Joe Biden said was not possible anymore. And we experienced an economy unlike any the world had seen and in many cases, unlike any Americans had seen.

It was so great that the American population featured a lot of people who had never seen economic growth like this. And it’s gone. It took three years, and now it’s gone in a matter of less than two months, it’s gone. And my heart’s broken over it. Because when we talk about this, we’re talking about the American people, we’re talking about people, citizens. I mean, it’s people that made that happen.

Donald Trump didn’t wave a magic wand and make it happen. Donald Trump’s not responsible for it except in the terms of believing it could happen and formulating policies that permitted economic growth and drastically reducing a bunch of burdensome and punitive regulations, massive numbers of them. But the American people, you, made all of that happen by virtue of your ambition and your desire and your belief that it could happen, your belief in yourself, your desire to make it happen. The fact that you’re an American meant that you had a can-do attitude.

We are canceling out whole lot of hard work that happened. And it is really scary to me how many people are advocating for this to continue when it can’t. There is no alternative. This economy has to get going again. I cannot believe that we are even in the midst of an argument about this. The fact that we are illustrates just how dangerous and ominous the forces arrayed against us are.

The fact that there is an argument, and the argument is coming down to, as I also predicted, “You don’t care about killing people! You Republicans are perfectly fine with people dying. That’s what you’ve always been! You don’t care about people,” when it’s the exact opposite. It is the exact opposite. The Democrat Party does not have an exclusive on compassion, and it’s the most frustrating thing in the world to me that they do. 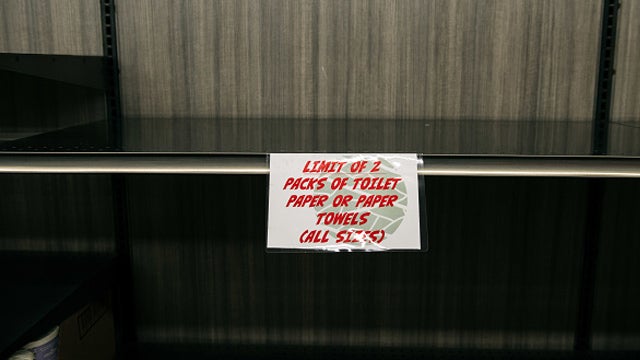 The Democrat Party needs a permanent underclass. They need people in constant poverty. They need people in a status of need. It’s for their power. Take a look at any Democrat constituency group outside of Wall Street billionaires and ask yourself: How has the support to the Democrat Party elevated them? Take a look at the African-American population. Go back.

The Democrat Party has been promising them for 50 years that they’re gonna get even with all these mean-spirited Republicans that are dishing out all this harm. And yet African-Americans are still complaining to the Democrats about the same things. There aren’t any solutions. There are no elevated lives, other than those who have somehow turned to Donald Trump.

Who have turned to Republicans. Who have decided to invest in mainstream market capitalism and sought their fortune or their way of life within that rather than relying on Democrat socialism to take care of them. The African-Americans and any other minority that has decided to throw in with free-market capitalism and to do their best, have been remarkably surprised, and have been so happy and pleased with the success that they have found.

And, meanwhile, the people who are continuing to rely on either the state government where they live or the federal government to make it right, to get even with all these oppressors? Whatever they’re thinking is gonna happen, they’re still in poverty, they’re still living where they don’t want to live, and they’re still complaining about the same thing.

So how is it they get away, the Democrats, with ownership of compassion? And how is it that we supposedly don’t care, when everything we believe in — when everything we support — can result in wonderful economic opportunity being realized and additional levels of freedom? But still, it’s down-right scary that there are people advocating for the continuation of this economy to remain stagnant, who want more people showing up on unemployment rolls.

It’s so senseless that you have to question the motivation behind it. Well, I know what it is. It’s how they think they’re gonna get rid of Donald Trump. “No, Rush. It’s much more complex. That’s too simplistic.” No, no, folks. I’m telling you: The simplest answer to a question is always the right answer.

RUSH: Now, this ticks me off. I just took a look at the Drudge page during the break, and one of the top stories on the Drudge page is a Politico story, and the headline of the story: “Trump’s Call with Wall Street Didn’t Go as Planned.” He talked to Wall Street fat cats, whatever you want to call ’em, yesterday on a conference call. And, you know what? 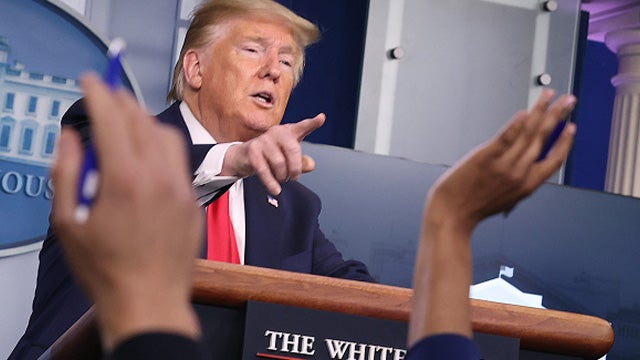 They told Trump to keep the country locked down. These guys are left-wing Democrats. Everybody thinks that Wall Street fat cats are a bunch of Republicans. They aren’t. These are the people that bankroll the Democrat Party, folks. They have for a long time. I know them. I know a bunch of ’em. They’re not conservative Republicans, free marketeers.

There’s only 32 teams in the NFL, for example. At any rate, let me finish this ’cause time is dwindling away here. The reason for the market being down today is because these Wall Street people told Trump not to reopen, keep the country locked down. They said Trump should not reopen until people are not worried about getting coronavirus. That’s never gonna happen!

People are not not worried about getting the flu. They still take flu shots. There isn’t a day in the near future, in the foreseeable future where people aren’t gonna be worried about getting coronavirus. There may never be a vaccine for it. All this talk about a vaccine in 12 to 18 months? There may never be one. We don’t have vaccines for most viruses.

“There was a small problem with the Wall Street call. Actually several problems.” Oh, the Politico is so excited, they can’t keep their pants up! “Many of the bankers said they knew nothing about the call until late Tuesday night. Several had quarterly earnings calls,” but they all ultimately said (paraphrased), “Mr. President, don’t open the economy ’til people are no longer afraid of getting coronavirus.”

Don’t open the economy until people are no longer afraid of getting it? (sigh)

RUSH: Here’s Valerie in Glen Ellyn, Illinois. Welcome back. It’s great to have you here with us. Hello.

CALLER: Hello, Rush. It’s an honor to speak to you. 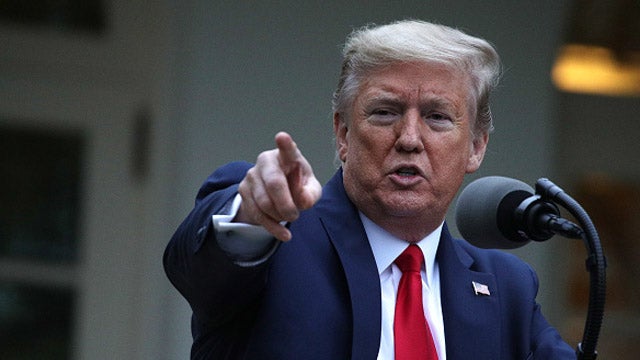 CALLER: I’m calling also about the shutdown of the economy. That political report was very disappointing to hear today. But as you said, Cuomo extended it for two more weeks. Now the —

CALLER: The one that you said that the businessmen that Trump had a call with —

CALLER: Right. That’s never going to happen. So now the Connecticut governor also extended the lockdown until May 20th. And I’m sure the governor of my wonderful state will be the next one to extend it. I live in the great state of Illinois. And I’m just wondering how long will people put up with this? Pelosi, before she left on her furlough, threatened Trump, “Do not open the economy.” And as we know now, he doesn’t have the full authority to do so. So I’m just wondering, before people rise up as they did in Michigan, is this going to —

RUSH: I’ve got a story here out of Kentucky. “Republican lawmakers in Kentucky have swept aside the Democratic governor’s veto of a bill to require people to show a government-issued photo ID in order to vote.” There’s all kinds of things where people are revolting against Democrat governors.

Montana. “Montana County Demands People Wear Government-Issued Arm Bands To Do Business.” And this has been shot down.

Get this. “In what might be one of the most over-the-top and draconian responses to coronavirus yet seen in Montana, Valley County is mandating that people wear government-issued pink arm bands in under to purchase products inside of stores. The measure, enforced by the Valley County Health Department, insists that store-owners keep customers out unless they have the pink arm-bands, which denote the customer has been in the area more than 14 days and submitted to quarantine protocol.”

It’s been lifted. People said, “To hell with this.” So it’s gone.