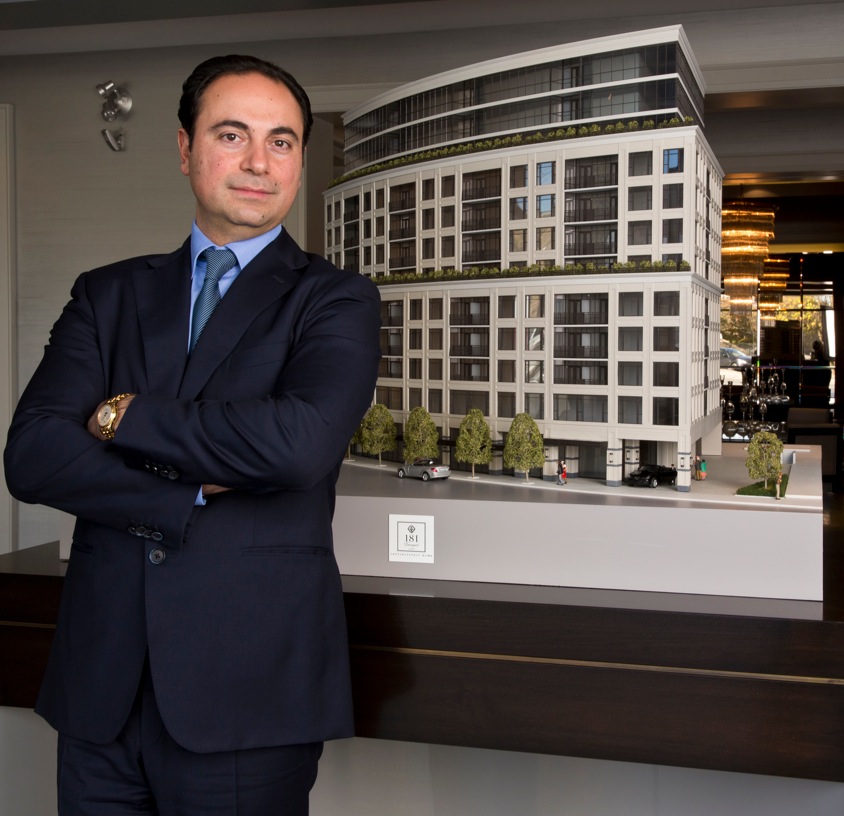 When Sam Mizrahi purchased land at the southwest corner of Yonge and Bloor Streets in Toronto to develop a groundbreaking mixed-use tower called “The One,” he knew how much manpower and equipment it would take to complete the project, but what he did not anticipate was attaining one of the world’s most powerful cranes.

Sam Mizrahi is the president and founder of Toronto development firm, Mizrahi Developments.  He began his career in real estate in 2006, initially developing luxury custom homes in Toronto neighborhoods like Forest Hill, the Kingsway and Port McNicoll.  He then expanded to developing luxury condominium buildings, both in Toronto and Ottawa, that could be customized to meet the needs of individual buyers.

With his focus now on his most ambitious project yet, The One, Mizrahi is thrilled to see the progress the project has made since its inception in 2017.

“With excavation on the site wrapping up, the next step was bringing in and assembling a crane that has massive lift capacity,” Sam Mizrahi says.  “It’s pretty exciting to have access to equipment of this caliber and to see the project fast forward into its next phase.”

That crane, the Link-Belt TG2300B, was brought to Toronto in November this year and assembled over a period of two weekends.

Mizrahi explains, “For reference, we could literally pick up a full concrete truck from the street, lower it to the bottom of the hole, empty the mixer, and lift it back out.”

Sam Mizrahi chose the Link-Belt TG2300B crane by New Jersey-based Cornell Crane & Steel since he says the project requires a number of 45-ton picks.  This particular line of cranes have become popular in the construction of major structures like the high-rise development happening at The One’s site.  This is the first time the TG2300B crane has been brought to the city of Toronto. It was previously used in high-profile builds such as One World Trade and the Hearst Tower in New York City.

Upon completion, The One will be the tallest residential and retail tower in Canada, and slated to be 308 meters tall and 85 stories high.  Mizrahi did not plan to erect a structure of this height magnitude, but says it started to make sense as the planning stages progressed.

Sam Mizrahi hired London-based Foster and Partners to aid in the design of the superstructure with a specific vision in mind.  The billion dollar building will have 416 luxury residential suites ranging from 650 to 9,000 square feet and will feature over 175,000 square feet of commercial and retail space.  Mizrahi wanted to create a shopping destination similar to New York’s Fifth Avenue and Chicago’s Michigan Avenue. The first 18 floors will be retail with floors 19 through 85 designated for residential living.

The One will offer a unique sky lobby and amenity concourse with double height ceilings, elevated 100 feet above grade.  Other highlights include an infinity pool, sky gardens and terraces, a fitness facility, a high definition golf, billiards and sports area and an Urban Sanctuary Spa.

In addition to its appeal as a destination attraction, residents of The One will have expansive views of Toronto and Lake Ontario.

“Of course height is important because you get unobstructed views which stretches for miles,” Mizrahi mentioned in a recent interview. “Because of the fact that Yonge and Bloor is perched up high and Yonge street going south to the lake goes down in topography, you’re up sort of on a pedestal overseeing the lakeshore and you can see all the way over to the U.S. on a clear day which is quite amazing.”

More specialized equipment is arriving to the site, this time for drilling caissons for the tower’s hybrid exoskeleton, the first large-scale use of this particular type of support system in Toronto.

The hybrid exoskeleton places the bulk of The One’s structural support system on the tower’s exterior, transferring the tower’s weight to the ground by way of eight super columns grouped in four pairs, each supporting one side of the building.  This will allow for the construction of wide-open, naturally-lit floor plans on the building’s interior, created by not having to build structural columns or walls in the units.