A rather remarkable situation in San Diego that we could see play out in the rest of the nation.  The police union, The San Diego Police Officers Association (SDPOA), asked their members about the vaccination mandate.

65 percent of the respondents said they would consider quitting the force if the city were to impose a requirement.  However, an alarming 45 percent said they would rather be fired than comply with the mandate.

The SDPOA has 1,971 members.  According to the San Diego Union Tribune, half of those officers are not vaccinated.  If that half of the entire police department were to be fired for non-compliance with the vaccine mandate, the city of San Diego would be in a really sketchy place.  The city has a deadline for compliance on November 2nd.

See also  Could The Volcanic Eruption In The Canary Islands Create A Giant Tsunami That Hits The East Coast?

SAN DIEGO  —  About 90 percent of San Diego police officers who responded to a recent survey said they oppose COVID-19 vaccine mandates, and 65 percent of them said they would consider quitting the force if the city were to impose a requirement.

About 45 percent said they would rather be fired than comply with a mandate, according to the survey, which was conducted in the past week by the San Diego Police Officers Association. (read more)

We can imagine this same type of conversation is likely taking place in several cities and counties at the same time.  The police officers union was not present for the discussions with the Biden White House.  The US Postal Workers Union was present, and they were granted an exemption from the forced vaccine requirement. 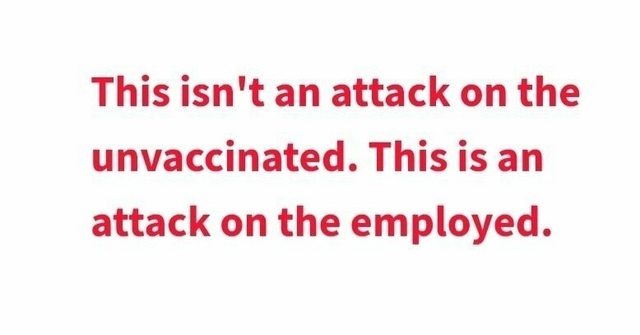 PS….  what are they doing while everyone is overwhelmed and distracted by this?