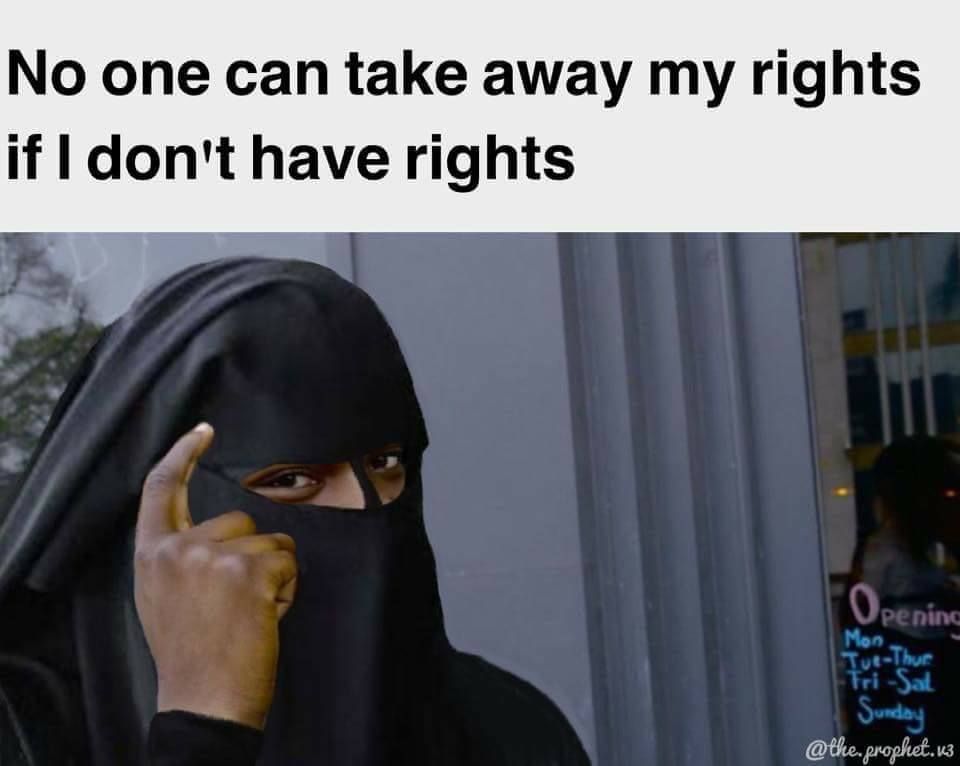 If you were following international news closely, you’ve probably already learned that the Islamic Wahhabist  radical regime that is currently ruling Saudi “Barbaria” just allowed half of their citizenry to drive cars. As the clueless left-wing Islam loving mainstream media wrongly put it, Saudi Arabia entered the 21st century in 2018, finally. The truth is, they’ve actually entered the 20th century, 100 years late unfortunately. Since the despised culture of the deplorable white man started the industrial revolution back in the 19th century, and automobiles entered mass production early in the 20th, women were never banned from driving cars. Hell, women were even allowed to vote in Western democracies since the 1900s, even though giving women the right to vote was generally considered a bad move which created the current welfare state and allowed for socialism to prosper, but let that go. Treating women as second class citizens, more like pets actually, is not a trait of Western culture, but that of backward Islamic ideology, a socio-political-economical system that it’s still entrenched in 7th century barbarism. There’s no way around it. Only in Muslim countries you will see women terrorized and forbidden from driving cars, marrying to whom they please, voting, being able to testify in courts just like men and so on and so forth.

READ  53 years in the woods: Interview of an Appalachian Man

Getting back to our news story, the titles in the left wing corporate media were pretty pathetic, along the lines of “tears and celebrations” which followed the lifting of the decades long driving ban, making for a future “transformative” experience for women and all that liberal palaver. This “huge achievement” which took place finally in 2018 is due to Saudi Prince Al-Waleed bin Talal, a billionaire who seems to live under the impression that women driving in Saudi Arabia means that they finally are free and all that crap. More than 120,000 Saudi women already applied for a drivers license so far, and it’s expected for 3 million women drivers to hit the pedal to the metal on Saudi highways by 2020.

This means  Sarah Sanders could drive in Saudi Arabia, but can’t dine in Virginia?  Well, Saudi mechanics and body shop operators applaud this move. Insurance companies, not so thrilled. Maybe in 200-300 years from now, women will be able to vote in Saudi Arabia, and not stoned to death for BS.

Years ago, a Saudi guy working near Washington D.C. lectured me about how horrible it was for women to ever drive, and why it’s rightly banned in his country. With perfect timing, he was then picked up from work by his wife, no kidding, as we talked. I asked him why his wife drives. He said: “It’s more convenient and I lost my license.” Like any good politician, or hypocrite, he wanted to force others to live by rules he never did.

Meanwhile, they still behead people in public for various offenses, like writing stuff on the internet. Also, women still have to cover their hair and face in public, among other things. This is what I don’t get: when one of these driving Saudi women is involved in a car accident with a male driver, will she  be whipped in a public square? Also, do you realize every photo on every female drivers license will look the same?

I’m not exactly sure what the answer is to the oppression of females in Muslim cultures, but I do enjoy bringing it up to some of my hardcore liberal friends during conversation and watching them struggle for justification while desperately trying not to say anything negative about the culture as a whole. I mean, ain’t Islam grand? Where something as little as women driving cars makes international news… They’re still a class of slaves in a country that regularly beheads people for “sorcery”. The truth is, women in the Middle East today are where Western women were at in say, 1320.