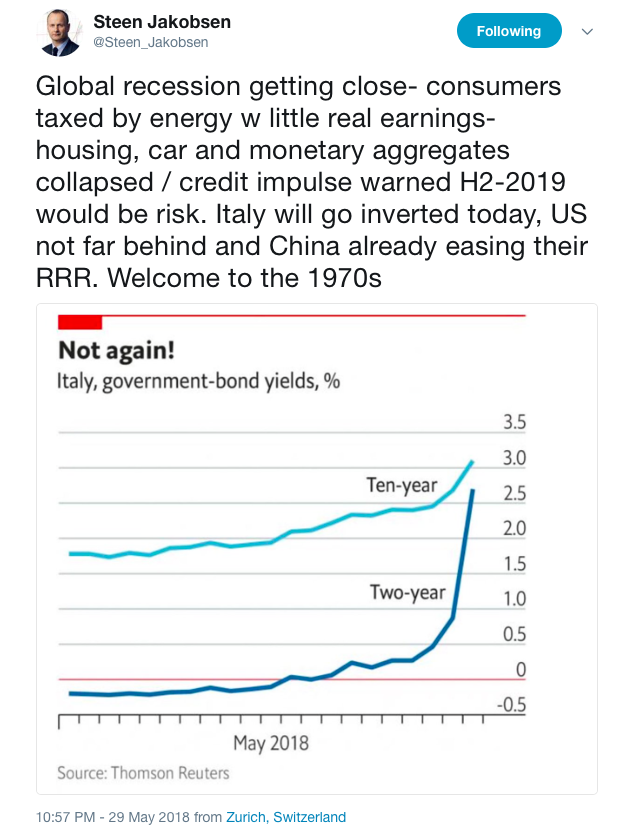 5 Pieces Of Evidence That Signal A Vicious Recession

Could the next recession be upon us? In his latest video, Mike Maloney shows five startling pieces of evidence that add up to bad news for the US economy…

Is the US Economy Headed Toward a Recession?

Remember 2006 and early 2007? When everything was great, everyone was buying their second or third house, and it seemed that the U.S. had finally hit a permanent spell of prosperity?

In fact, there were some major indicators that the economy was about to hit an enormous recession.

There are 5 signs Mike Maloney looks at in this video to evaluate the coming of a possible recession.

Economies always fluctuate; there are always cycles of growth and contraction. However, there is a standard range for this activity, and it is when certain thresholds are crossed or the patterns become too extreme that we need to worry. 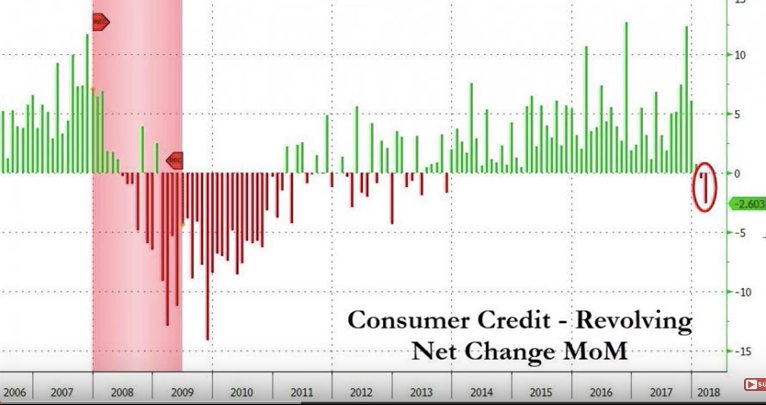 For a few years before the 2008 economic crash, outstanding consumer credit constantly grew. Once the growth stopped, however, the contraction was vicious. You will see this in the above graph highlighted in light red. We are at a very similar moment right now where the growth of outstanding consumer credit has stopped. Circled are the beginnings of what could be very similar to the 2008 pattern. 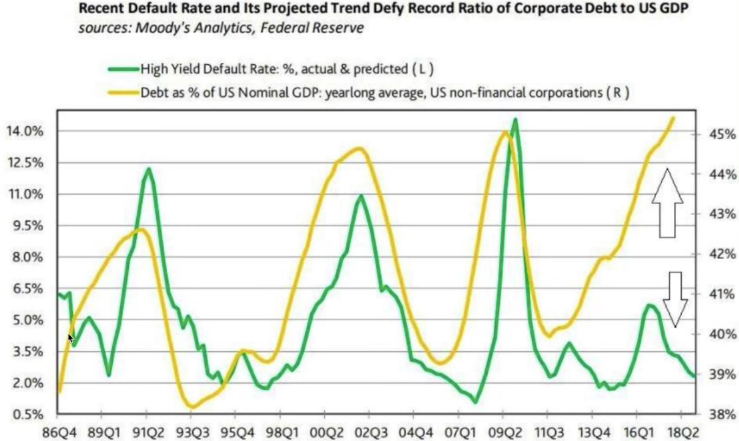 Again, we have a similar scenario to the 2008 meltdown. This graph, from Moodys, shows the corporate debt as a percentage of the total economy. It would appear that when the debt rate increases while the default rate declines, things are going very well. But, following this trajectory, in times of economic stress there can be an enormous reversal. This means the default rate can soar and the growth of debt will plummet. As defaults get charged off, there is less and less debt, which can cause a major discrepancy that will need to be corrected. 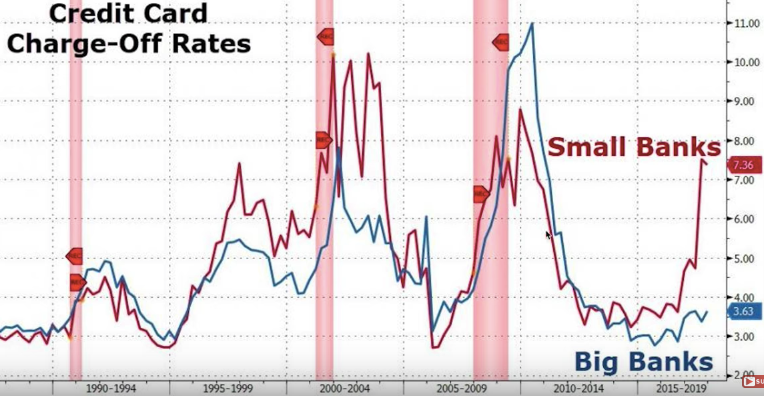 When small banks begin to take the hit of credit card charge-off rates, this can be an indication that there is a major bust looming. Again, just look to the numbers for 2007-8!

4. Creditors Struggle To Collect Their Money

The graph below, from the National Association of Credit Management, shows how our current course is dangerous. 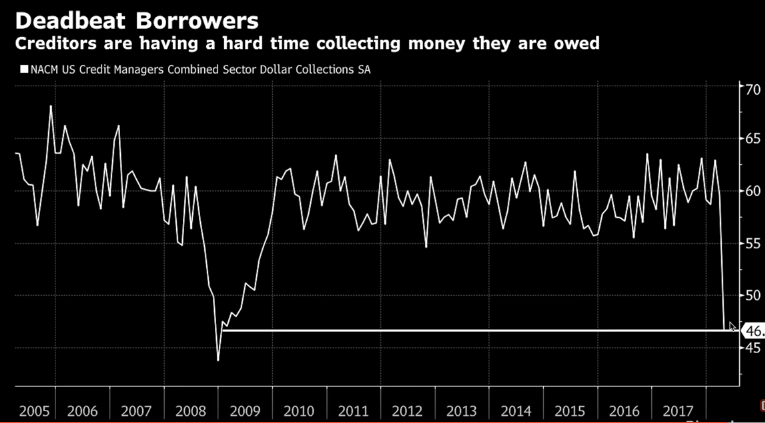 The horizontal line from 2008 to today shows how we are reaching numbers of outstanding debts that could be dangerous. Our current drop may course-correct, or it may also be a signal that a new recession has begun!

5. Recessions are a Trailing Indication

The U.S. Federal Reserve mandates that there be two consecutive quarters of economic contraction for a recession to be declared. This means that an official recession may not be declared until it is many months underway! If the Fed declares even one quarter of contraction, this could signal a recession.

How Should You Protect Yourself from a Recession?

Here at GoldSilver, we know that economic fluctuations are guaranteed. That is why we offer stable assets for you to incorporate into your economic portfolio. When another recession hits, which is inevitable, having your money in bullion coins will protect you from fluctuations.