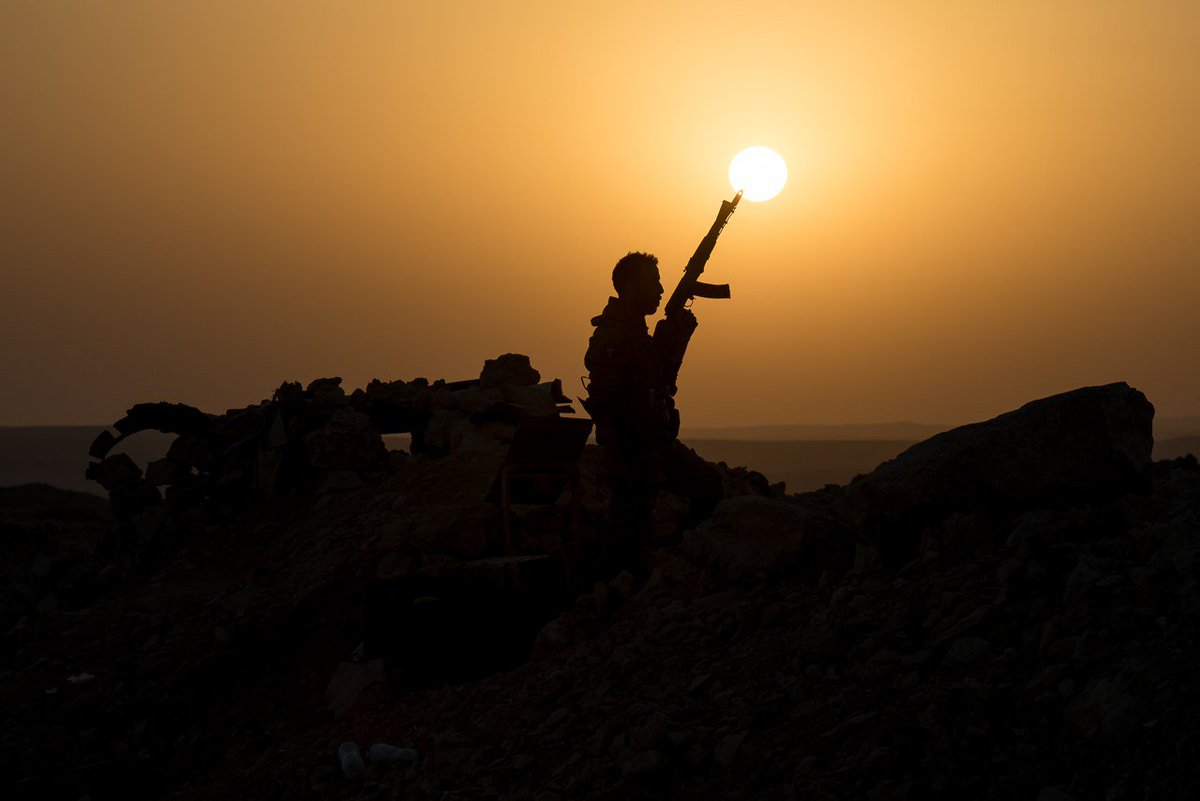 Earlier on Tuesday, Reuters reported about an unconfirmed number of alleged Russian fighters having been killed by the US led coalition forces during a clash with pro-Assad forces in Syria. The incident happened earlier this month, in the Deir ez-Zor province. Russia’s defense ministry’s statement at the time of the incident tried to downplay the situation, claiming that no Russian servicemen were in the area at the time of the fighting, as pro-Syrian government fighters were carrying out a recon mission when they were engaged by US led coalition forces. However, on Monday, the story changed, as it emerged that at least 2 Russian operatives that were fighting with pro Asssad forces were killed in the respective skirmish in Deir ez-Zor. Other (unverified/unverifiable) sources put the number of Russian casualties in the dozens, and if the deaths are to be confirmed officially, it would make for a huge political scandal for Vladimir Putin, as the Russian military/government is keeping these deaths under wraps, while claiming Russia doesn’t have boots on the ground/operatives involved in the Syrian civil war. One of Putin’s future contenders in the next presidential election is already pressing him to disclose to the general public the real number of Russian servicemen killed in action in Syria, and what were the circumstances of their deaths.

Things got very interesting on Wednesday morning, with Bloomberg reporting that the body-count of Russian operatives killed in Syria by US forces or by the US led coalition is actually in the hundreds. As per the Bloomberg story, scores of Russian mercenaries (Russian contract soldiers) were killed by US/US led forces last week in Syria, in what has been described as the bloodiest clash between US and Russian “citizens” (a weird choice of words) since the Cold War. The veracity of the Bloomberg article is yet to be proven, as the story relies on anonymous sources, both Russian and US. However, the article claims that more than two hundred mercenaries fighting for the Assad regime, most of them Russians, died as they were attacking a base and refinery guarded by US/US backed forces in the Deir ez-Zor region, which incidentally is obscenely oil-rich, which gives the so-called civil war in Syria an entirely new meaning, but that’s another story. According to the estimated body count via US officials in the aftermath of the Deir ez-Zor failed attack by pro Assad forces, between two and three hundred were wounded and one hundred were killed in action. Obviously, the Russian operation was not officially recognized/mandated by the Russian government, and the attack can be excused as a rogue operation in that “plausible deniability” game by the Russians. As a matter of fact, Russia said it had absolutely nothing to do with the respective attack and did not demand an explanation for the deaths of alleged Russian mercenaries during the incidents. The US military via  Defense Secretary Jim Mattis accepted the claim, while calling the whole incident to be perplexing, yet no additional details were provided. U.S. Colonel Thomas F. Veale, a military spokesman, said in a statement:

U.S. Colonel Thomas F. Veale has said about the deadly fight that took place on February 7 five miles east of the Euphrates river that “adversaries” fired upon coalition forces and attacked in a “battalion-sized dismounted formation supported by artillery, tanks, multiple-launch rocket systems and mortars,” but no fatalities were reported on the coalition side. The pro-Assad ISIS hunters accused the Kurdish forces and the US coalition of war crimes and barbaric aggression after  US airstrikes killed a number of Syrian Armed Forces in the  Deir ez-Zor incident, yet there was no mention about Russian mercenaries involved in the skirmish.

7/02 several #ISIS_Hunters died in a massacre conducted by #USAF and their Kurd puppets. There is no place for invaders on #Syria soil and you've got to pay. We will avenge our brothers' death.
More details: t.co/XNFPDb9hHy#Euphrates #DeirEzzor #ديرالزور #سوريا #US pic.twitter.com/VByewEdE43

According to a Russian mercenary-commander via phone and under the condition of anonymity:

“Many of the Russians killed or injured were veterans of the Ukraine conflict, according to Alexander Ionov, the head of a Kremlin-funded organization that fosters ties to separatists who’s fought alongside pro-Assad forces in Syria. It’s not clear who was paying the soldiers of fortune, whether it was Russia directly, its allies in the war, Syria and Iran, or a third party.”

The Bloomberg article also pin-points the Russian mercenary outfit involved in the Deir ez-Zor attack: Wagner, which is the Russian equivalent of former US military company Black Water, recently re-branded Academi. According to Bloomberg, Assad or his allies hired Wagner to guard Syrian oil refinery/extraction facilities in exchange for oil concessions:

“There’s a refinery in Deir Ezzor that once funded Islamic State operations that’s now “crucial” to Assad’s plans to finance the reconstruction of Syria once a peace deal is finally reached, according to Yury Barmin, a Middle East analyst at the Russian International Affairs Council in Moscow.”

Obviously, we will never know the truth, as Russia, just like the US, likes to keep the numbers of their killed “military advisers” under wraps. To sum up the story, the bottom line is this: Russian mercenaries fighting for a Black Water-style organization (Wagner), aka Isis Hunters, get killed by American advisers, who are not fighting in Syria, but just advising the moderate ex Al Qaeda/Al Nusra “terrorists”, now turned ISIS hunters. Got it?