Seeing way too many people treating this market as a run or the mill sell off, the likes of which we have seen regularly 2009-2019.. and assuming that policy action = buy the dip 1/ 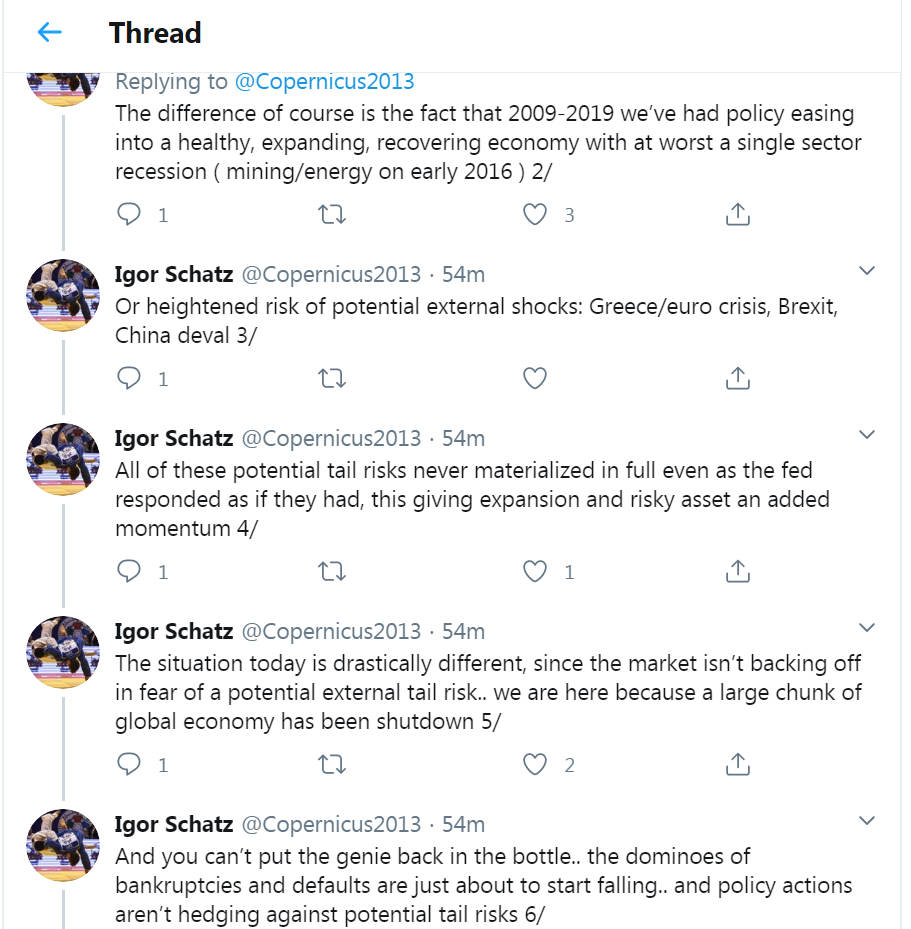 JAMIE DIMON WARNS: We’re getting a ‘bad recession’ plus ‘financial stress’ like the 2008 crisis

I was so close to turning more bullish (less bearish?) until I see this metric was released by the New York Fed on consumer expectations. Since when do bear markets end on record optimism? pic.twitter.com/Gddwl5JDbj