In the spirit of our survival philosophies, I think something is pretty clear by now. This situation going to last, and probably it will be worse before it gets better.

You might be wondering why most of the people are still kind of in shock. Or if not shock, then why they are still in a state where they simply consciously or subconsciously refuse to accept the new reality.

It is because we are conditioned for years to operate in a completely different way.

There is something that for lack of better words I call “go go go” syndrome.

Well, it is our collective state of mind where we all believe(d) that things in SHTF situations would be resolved in a quick and efficient way.

And emphasis is usually on “quick.”

So, if you are watching survival movies most actors there will be in hurry, or they constantly run, because there is some deadline or some huge danger that will crush them at “that exact moment” so they have to be quick.

Or it is simply a matter of a quick extraction from the danger, again the emphasis is on the word “quick.”

You know that all you have to do in order to achieve success is have a guy who will yell in a crucial and decisive moment, “GO GO GO!”

We are conditioned for years in survivalism that our best and worst moments in the SHTF will come with a big neon sign telling us “this is it” and all we have to do is to push very hard and fast (GO GO GO) and to bug out, bug in, shoot the bad guy, find a fallen tree in order to cross the river, or simply use a tourniquet to save someone…and everything else will be solved on its own. Your bug-out location will be like a walled paradise, a medic helicopter will lift the injured guy, and you’ll end up as a local hero because you shot the bad guy.

In reality, you do not have to cross the river. You’ll have to live next to the polluted river for a year or two and drink water from it because the running water is gone. You will not save the guy with a tourniquet – he will die 2 weeks later from an infection because nobody came to pick him up and you are his highest medical help. AND you’ll not end up as a local hero because you lost your rifle a year ago because you bragged about how many weapons you had on Facebook.

I hope all the examples above you will understand in a proper way, as simply examples. No, I do not think you are an idiot. I just think most of us are conditioned for years in the wrong way. Well, not so much on the wrong way. It is more like in a way that will not work one day. 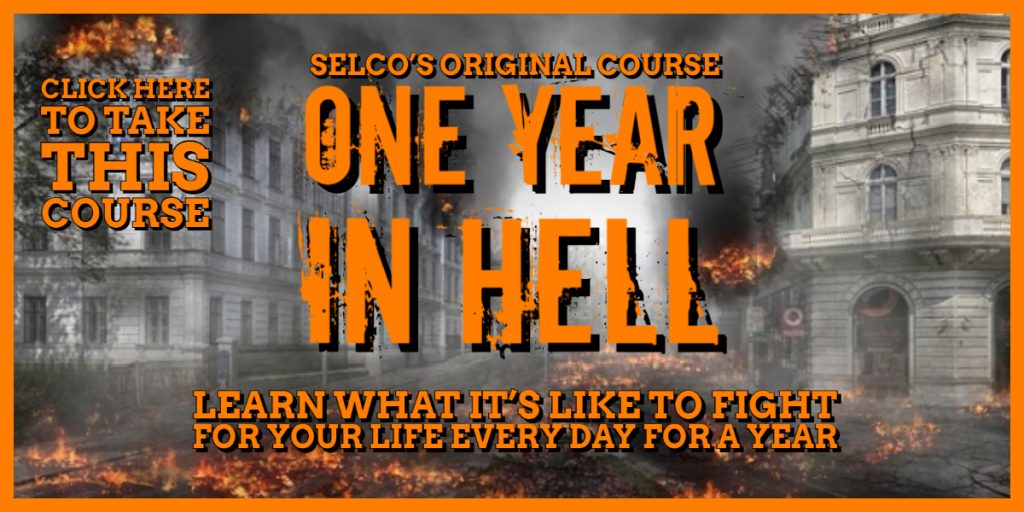 Do not hold your breath for a quick resolution.

This general deterioration in many fields of everyday life will last for some time, so do not hold your breath waiting for a quick resolution.

It is also important not to sit and wait for resolution because if you do so in times like these, you will usually fail to notice something important, and then you’ll make mistakes.

The general deterioration that we are witnessing is a slow process, and it will continue to be slow unless some major event happens which most probably will abruptly lead us to a full-blown SHTF event. We will face a situation which is gonna look much worse then all this.

My bet (if that event happens) is that the situation will evolve from a sharp deterioration of rights and freedoms.

What you can do right now is to go slowly and carefully, and to think about two things: small victories and shrinking.

Surprisingly for someone, but it is not the time for big decisions, big victories, big actions. All that means more risk, and now it is not time for risk.

It is time for small victories, so maybe you should stick to good old prepping – the basics.

What I mean by this is…

You cannot do too much (most probably) about the state of freedom of speech, media propaganda, your rights, etc, unless you want to be labeled as a trouble maker. You need to focus on some small victories like investing your time in prepping, canning, resupplying, organizing your preps, and similar.

I know you may be thinking, ” I need to go and count my cans while we are being stripped of our most important rights!?!”

Well what else you could do at this moment?

There will be a time for other things. Now it is not the time to draw attention.

We “shrunk” the situation.

I “shrunk” the situation many times later, in war and peacetime, and every time I lost something in order to save something bigger, or simply to save the whole picture.

This is the time for shrinking.

For years before, a lot of us lived like “the world is never going to end.”

Well, guess what? The world as we know it kinda ended.
The whole world is economically suffering. Don’t you think it is time for you to shrink a bit? In order to live to fight another day?

It is painful but, yes, this is the perfect time to think about what is actually necessary for you to do now. Think and act now so you can save the “larger picture” for tomorrow.

Selco survived the Balkan war of the 90s in a city under siege, without electricity, running water, or food distribution.

In his online works, he gives an inside view of the reality of survival under the harshest conditions. He reviews what works and what doesn’t, tells you the hard lessons he learned, and shares how he prepares today. He never stopped learning about survival and preparedness since the war. Regardless of what happens, chances are you will never experience extreme situations as Selco did. But you have the chance to learn from him and how he faced death for months.

Real survival is not romantic or idealistic. It is brutal, hard and unfair. Let Selco take you into that world.