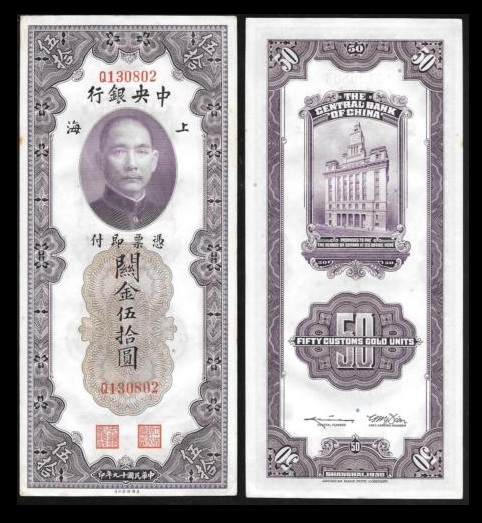 QUESTION: Mr. Armstrong, what were the gold custom units issued by the Bank of China with the image of Sun Yat-sen.

During and after WWII, the large-size CGU notes were issued for general circulation in China. The vertical face depicts Sun Yat-sen, who was the first president of the Republic of China. The reverse side features the Customs House in Shanghai, which was the commercial and financial hub of China.