We need to change the incentives of the entire system, not just healthcare, but if we don’t start with healthcare, that financial cancer will drag us into national insolvency all by itself.

While a great many individuals in the system care about improving the health of their patients, the healthcare system itself only cares about one thing: maximizing profits by any means available, including sending many patients to an early grave via medications which corporations declared “safe” and rigged the political-regulatory-research systems to comply.

I call this maximizing profits by any means available system sickcare, for obvious reasons: this system profits by managing sickness, i.e. chronic diseases, rather than addressing the causes, which in most chronic disorders trace back to lifestyle: SAD (standard American diet), poor fitness and a generally unhealthy lifestyle of convenience (i.e. sedentary), heavy work/financial stress and addictions to meds, drugs, social media, etc.

Sickcare’s single-minded profiteering would be bad enough if we could afford its spiraling ever higher cost, but we cannot: as I noted way back in 2011, Sickcare Will Bankrupt the Nation all by itself. three years ago I noted that U.S. Healthcare Isn’t Broken–It’s Fixed (5/26/18), as generic meds that cost $22.60 for a month’s supply are pushed by Big Pharma as branded meds for $1,120 per month. Such a deal!

I’ve been discussing employment recently, and one of my patrons pointed out the enormously negative impact sickcare costs have on employment. I covered the incredibly negative impact of soaring sickcare insurance costs on small business back in 2011: Here’s Why Small Business Isn’t Hiring, and Won’t be Hiring (7/11/11), but the same soaring-costs dynamic makes Corporate America reluctant to hire anyone in America, too.

You’d have to be insane to pick America as your global base, given the grossly asymmetrical cost of healthcare in the U.S. compared to our developed-world competitors in Europe and East Asia (Japan and South Korea). Sadly, the treatment for your insanity will be so costly in America that your psychiatric problems will soon be exacerbated by financial ruin.

Those with heavily subsidized healthcare insurance may not realize that insurance for a family can cost more than a wage earner’s entire monthly net income. This generates a perverse incentive (from the perspective of a healthy economy, as opposed to a corrupt, rigged economy run for the exclusive benefit of profiteers, fraudsters, speculators and political fixers) for one spouse to quit their jobs or cut their hours to reduce the household income to the point that federal subsidies (ObamaCare) kick in and pay much or most of the insanely overpriced sickcare insurance tab.

The subsidies are of course ultimately paid by the taxpayers; sickcare profiteers thank you.

Needless to say, employers facing monthly healthcare insurance costs of $1,500 for an employee earning $2,500 will be looking for automation or overseas alternatives. How can the employer afford to keep paying healthcare insurance costs that spiral far above the Consumer Price Index (CPI)? Ultimately these higher costs come out of the employee’s paycheck, as employers could have given raises but instead had to fork over all the dough to the sickcare profiteers.

See also  Want to Know Where the Economy Is Going? Watch The Top 10%

One driver of wages’ ever-declining share of the national income is trillions of dollars have been siphoned off by sickcare. As the comparison chart below shows, the U.S. pays roughly $5,000 more per capita (per person) per year for healthcare than other equally developed nations: the U.S. pays $10,966 per person per year and the average paid by other developed nations pay roughly half: $5,697 per person per year.

330 million Americans X $5,000 is $1.65 trillion a year. No wonder wages have gone nowhere for decades and corporations couldn’t wait to offshore jobs in America. (Not that the Corporate America needed much more of an incentive to offshore U.S. jobs, but let’s recognize that sickcare costs put American companies at a huge global disadvantage.)

Please examine the chart below of healthcare expenses per capita (per person) in the U.S. from 2000 to 2018 (the last year available on the St. Louis Federal Reserve database). I’ve marked up the chart to indicate where healthcare costs per capita would be if healthcare had tracked the Consumer Price Index (CPI) for the past two decades.

The human and financial costs of this sick system are pervasive. Those trying to provide care within the sickcare system’s perverse incentives are burning out (see last chart), and businesses are crushed by ever-higher costs for everything related to healthcare. The “solution” for employers is to push more of the insane cost increases onto employees, who are already staggering under the weight of stagnant wages and skyrocketing inflation in sectors other than healthcare.

Small business entrepreneurs end up not hiring any workers because they can’t afford to provide the mandated healthcare. Having to do all the work needed to keep the business afloat burns out the owners and they close the business, to the detriment of their community and the local government, which loses the tax revenues generated by the enterprise.

Here’s a real-world example of how healthcare has become unaffordable for employers: in the mid-1980s I could buy comprehensive healthcare insurance for my single employees (mostly young) for 6 hours’ pay for the average employee and 4 hours of my pay. (My partner and I paid all the healthcare insurance costs, the employees paid zero, I’m just using the hours and pay as a means of measuring the cost of healthcare in terms of the purchasing power of wages.)

Can an employer buy equivalent comprehensive healthcare insurance today for 6 hours’ of the employees’ pay? No, not even close. (Note that I’m talking about real insurance, not bogus simulacra of insurance, i.e. catastrophic coverage.)

Sickcare is a win for the sickcare profiteers and a loss for employers, employees, communities, government and the nation. Like cancer, sickcare will keep growing until it kills the host. We’re getting close.

Sickcare is the knife in the heart of employment. Sickcare puts the nation at a tremendous competitive disadvantage, crushes small businesses and generates perverse incentives to automate and offshore jobs just to get out from underneath the dead weight of ever-higher sickcare costs.

We need a whole new approach to healthcare that includes every aspect of American culture, society, education, economics and governance. We need to ditch SAD (standard American diet) and our unhealthy lifestyle, and incentivize improving health from the ground up rather than generating chronic lifestyle diseases such as metabolic disorders and then managing these disorders as a means of maximizing profits. The national goal should not be profiting from an over-medicated populace, it should be eliminating the need for medications. (A healthy person has no need for handfuls of medications.) Rather than profit from 74% of the populace being overweight and 40% being obese, the national goal should be to eliminate lifestyle diseases entirely by changing behaviors and incentives, not costly procedures and medications. That would free healthcare to serve those suffering from non-lifestyle diseases.

As Charlie Munger famously noted, “”Show me the incentive and I will show you the outcome.” That’s how humans operate: we respond to the incentives presented, even if they diminish the health of the populace and bankrupt the nation. We need to change the incentives of the entire system, not just healthcare, but if we don’t start with healthcare, that financial cancer will drag us into national insolvency all by itself. 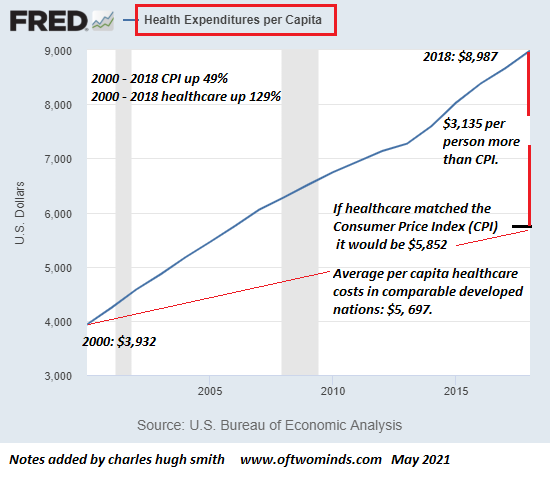 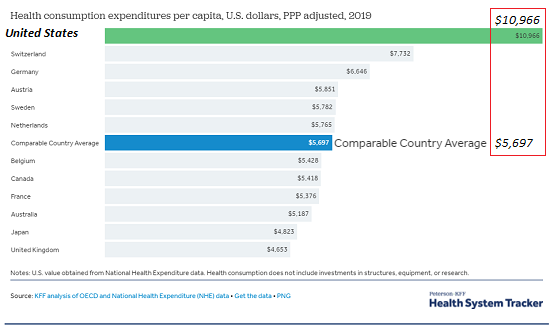 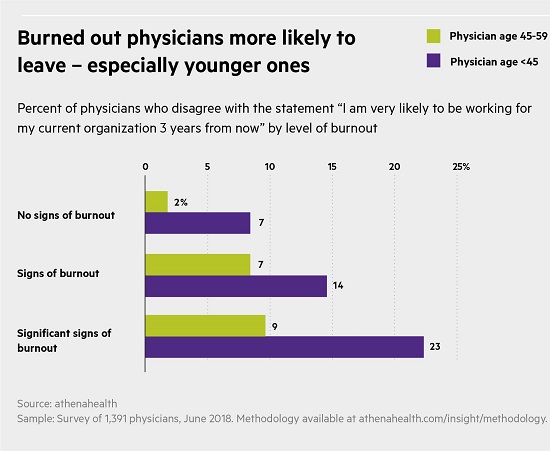 Salon #43: History shows again and again how nature points out the folly of men…

Covid Has Triggered The Next Great Financial Crisis (34:46)