The Covid-19 pandemic has dealt a severe blow to the energy sector well beyond the fossil fuel collapse. The renewable energy industry was in full swing before the health crisis struck with 184 gigawatts (GW) of new clean energy capacity added in 2019, good for 12% Y/Y growth. Unfortunately, a short-run contraction is now expected with Morgan Stanley projecting declines of 48%, 28%, and 17% in U.S. solar photovoltaic installations during the second, third, and fourth quarters of the current year.

Luckily, the crisis has not completely stalled the sector, with cleantech and renewable energy projects continuing to attract significant amounts of funding.

Although most high-profile energy investments have been in batteries and energy storage, recent funding rounds have favored novel technologies from fusion and graphene to solid-state circuit breakers, direct-air capture of CO2, and geothermal drilling.

Here are five innovative cleantech projects that have been winning VC funding.

#1 Fusion Scientists and energy experts consider nuclear fusion the Holy Grail for clean, abundant, and sustainable power. Unfortunately, a host of technical issues have so far prevented the technology from becoming a reality, though France’s International Thermonuclear Experimental Reactor (ITER) is working hard to change that, as we explained here.

And now another fusion startup is trying to succeed where others have failed. 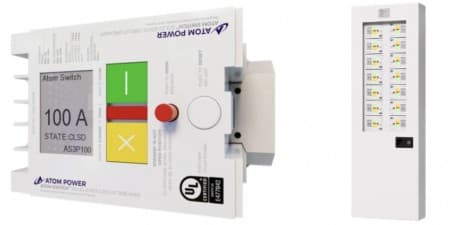 Atom Power is a Charlotte, North Carolina-based startup that is developing solid-state circuit breakers for commercial and industrial buildings. Atom’s digital circuit breakers are 3,000x faster than a typical electromechanical switch and also sport software-enabled features, including remote control and on/off scheduling, that allow it to act as a motor controller. The device allows the user to seamlessly switch energy sources (e.g., from grid to V2G to solar power) and also manage consumption and EV charging.

According to Venture Beat, the startup has raised $17.8 million in a Series B round of funding from its VC partners including Rockwell Automation, Valor Equity Partners, ABB Technology Ventures and Atreides Management., bringing its total funding to ~$35 million from investors including Valor Equity Partners, Rockwell Automation. ABB Technology Ventures and Atreides Management.

Graphene is an allotrope of carbon that comes in super-thin sheets, one-atom-thick. Graphene is considered the thinnest, strongest, and most conductive material. The graphene industry is still at its infancy, with plenty of promising applications including faster and efficient electronics, efficient solar panels, anti-corrosion coatings and paints, efficient and precise sensors, flexible displays, faster DNA sequencing, and drug delivery among others.

Being the world’s thinnest material, graphene has the highest surface-area to volume ratio, making it an ideal for batteries and supercapacitors that can store more energy–and charge faster, too.

Battery and graphene startup Nanotech Energy has reported that it has closed a $27.5 million funding round, giving it a post-funding valuation of $227.5 million. This brings its total funding to more than $30 million since its founding in 2014. The investors, though, were not disclosed.

According to Nanotech Energy CEO Jack Kavanaugh, the company plans to use the funding to develop a non-flammable, environmentally friendly lithium battery that can charge “18x faster than anything currently available on the market.” The company hopes to release the prototype sometime within the next year.

#4 Direct-air capture of CO2 The Intergovernmental Panel on Climate Change (IPCC) has warned that we need to limit global warming to no more than 1.5?C or face the consequences of irreversible damage to entire ecosystems. The harsh truth, however, is that this is virtually impossible to achieve without removing CO2 directly from the atmosphere. Direct-air capture and carbon capture and sequestration are processes that capture CO2 from the air, treat it and then store it permanently in underground earth formations or put it into various industrial uses. For instance, captured CO2 is injected into depleted oil fields to enhance oil recovery.

McKinsey & Company estimates that CO2-based products could be worth up to $1 trillion by 2030 with carbon capture reducing greenhouse gas emissions by a billion metric tons annually.

Climeworks, a Swiss startup and ETH-spinoff, has raised $75 million in funding for “direct-air capture” of carbon dioxide in what it has termed the largest private investment in this pollution-mitigating technology.

Climeworks has now raised a total of $124 million since its founding 11 years ago. The startup has more than 100 employees in Switzerland, the Netherlands, and Germany.

Conventional drilling methods have been continuously perfected over the decades. However, drilling through very deep, hard, and hot rocks for geothermal, oil and gas and nuclear waste entombment using these methods can be a real pain.

Drilling using only high energy beams, aka Direct Energy Drilling has been developed to drill through these tough rock formations. Millimeter waves (MMW) at 30-300 gigahertz (GHz) frequency are used to accomplish these feats.

Quaise plans to develop and commercialize a deep drilling method invented at the MIT Plasma Science and Fusion Center, whereby a gyrotron is used to generate millimetric electromagnetic waves for drilling at depths of 10-20 kilometers that would be impossible with conventional drilling.