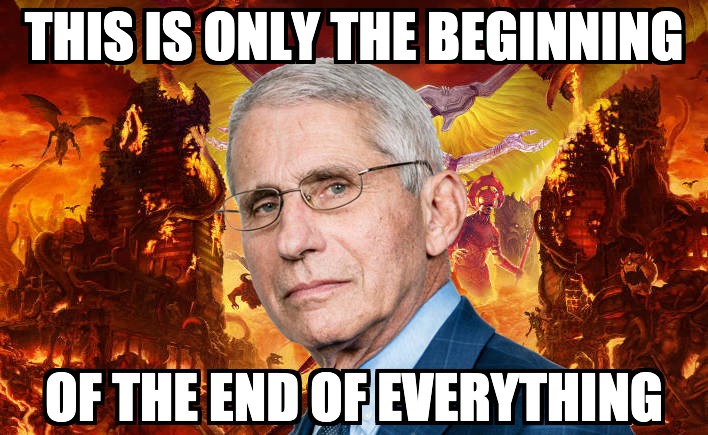 We have great news on almost Christmas Eve, but first things first: I will admit that there’s a bit of clickbait in the article. However, there’s absolutely nothing to be ashamed of: as I already told previously, the so-called covid-19 pandemic is nothing but a planetary psyop with the end-game to destroy the middle class and erode civil liberties.

Basically, what we’re dealing with here is incoming high-tech neo-feudalism and planetary government brought to you by various transnational banking institutions, corporations and globalist organizations like the UN, WHO, WEF, you name it, working hand in hand with local governments.

So, “here’s the deal, man”: France is a first world country, the place where the “new era” of civil liberties began in 1789, with the French revolution, or so we’re told. You know, Illuminism and all that.

However, the year is 2020 and the leaders of one of the biggest economies in the European Union decided that peasants will be banned from public transportation if they refuse to take the Rona jab.

To put it simply, France (and soon other countries, that’s the modus operandi of the NWO) is now saying: okay peasants, we are not FORCING you to take the vaccine, but if you choose to not take it, you will not be able to function in society. As in, if you don’t take the vaccine, we will socially punish you.

French citizens who decline to take the coronavirus vaccine will be barred from public transportation, among other places, under a controversial “Green Passport” plan set out in a draft law that’s now on its way to parliament.

Gaining the support of Prime Minister Jean Castex’s cabinet earlier this week, the bill proposes to deny “access to transport or to some locations, as well as certain activities” to those unable to prove that they received a “preventative treatment” for Covid-19, including a vaccine, or produce a negative virus screening.

The draft bill has been harshly denounced by members of the opposition, with the spokesman of the right-wing National Rally party (RN), Sebastien Chenu, accusing the government of planning a “health dictatorship.” RN head Marine Le Pen, meanwhile, blasted the proposed measure as “essentially totalitarian.”

“In a backhanded way, this bill does not aim to make vaccinations mandatory, but will prevent anybody who doesn’t comply from having a social life.”

The center-right Republicans party (LR) also condemned the bill, with deputy leader Guillaume Peltier saying it was “inconceivable” that officials would “get all the power to suspend our freedoms without parliamentary control.”

A member of President Emmanuel Macron’s La Republique En Marche party, Amelie de Montchalin, shot back at the critics, insisting the hot-button bill is “not at all made to create exceptional powers for the government” or establish an authoritarian “health state.”

Some may argue that we already live in a totalitarian health state, and they would be right. Remember that lockdowns and the destruction of economy are not due to a virus with a survivability rate of 99.98 percent (CDC numbers), but a direct consequence of government and Big Pharma shills imposing stupid and useless restrictions.

Until we put an end to it, and by that, I mean we, the people revolting against a tyrannical government, the covid extravaganza is here to stay. The new main plot-line in the covid psyop is the alleged “mutant strain”:

Oil dropped towards $50 a barrel on Tuesday, adding to losses from the previous session, as a mutant variant of the coronavirus in Britain revived concerns over demand recovery.

Detection of the new variant prompted several countries to close their borders to Britain. The BBC cited France’s Europe Minister as saying that the two countries would announce a deal to restart freight by Wednesday.

So, first they told us “15 days to slow the spread”, then that we need a vaccine for basically the flu so we can go live our lives as usual, and now that the vaccines are out, they found a new reason for the peasants on why the crisis is never going to end.

Everything covid-related is a gigantic hoax, and just 2 weeks after the vaccines are rolled out, here we go again: there’s a new strain of covid goyim, which means new lockdowns, a new vaccine to take care of the problem, and so on and so forth.

The covid issue will never be solved, and the rulers are clearly planning on having us staying home, wearing masks in public, and restricting human contact forever, or at least as long as this regime of terror lasts.

The end game is to obliterate the middle class, to strip the peasants of all their wealth, and transfer that wealth to the billionaire class and transnational corporations. Once that process is complete, you’ll see some of this virus stuff start to be scaled back.