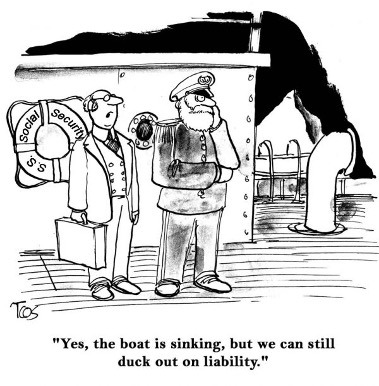 The Senior Citizens League reports, “Social Security COLA (Cost of living adjustment) For Next Year Could Be 6.2%.” Mary Johnson, a Social Security policy analyst tells us:

“With one third of the data needed to calculate the COLA already in, it increasingly appears that the COLA for 2022 will be the highest paid since 1983 when it was 7.4%.”

“The purpose of the COLA is to ensure that the purchasing power of Social Security and Supplemental Security Income (SSI) benefits is not eroded by inflation.

Congress enacted the COLA provision as part of the 1972 Social Security Amendments, and automatic annual COLAs began in 1975. Before that, benefits were increased only when Congress enacted special legislation.

Beginning in 1975, Social Security started automatic annual cost-of-living allowances. The change was enacted by legislation that ties COLAs to the annual increase in the Consumer Price Index (CPI-W).”

Prior to the automatic annual increases, social security was a politician’s dream. Social Security taxes were collected from workers, while retirees lost buying power because of inflation. Politicos trumpeted they are “fighting for the elderly”, promising increased social security benefits. Congress passed an increase, a smiling president signed it; a photo op for all. What a joke!

No one mentioned the increases didn’t keep up with inflation – by design. Recipients lost buying power each month, it just slowed the erosion.

AARP shows us the historical COLA increases. Note they have been lower for the last several years. 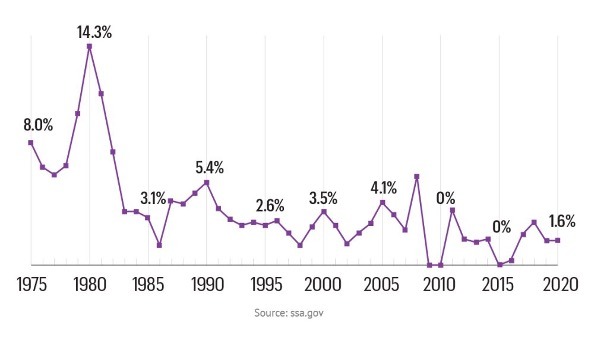 President Roosevelt was proud of passing the social security law during the Great Depression. 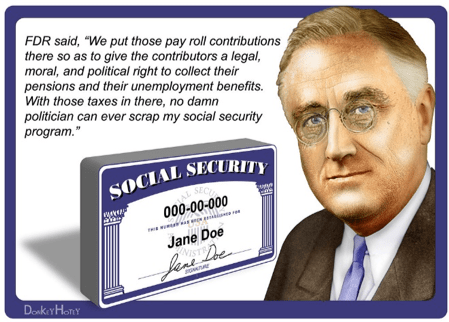 While “no damn politician” would ever scrap social security, politicos of all flavors have historically changed the program, generally at the expense of taxpayers and recipients.

Congress embarked on a plan to reduce cost-of-living increases to save the government money.

In 2008 John Williams published www.shadowstats.com response to BLS article on Consumer Price Increase (CPI) Misconceptions. Congress was urging the BLS to change the method they used in calculating cost-of-living increases. (My emphasis)

…. “By lowering the official inflation rate, such changes promised to reduce the annual cost-of-living adjustments for Social Security and other federal programs.

‘He said to me, If you could see your way clear to doing these things, we might have more money for BLS programs.’”

John Williams calculates the cost-of-living increases the way it was calculated when automatic COLA was passed and compares it to today’s gerrymandered formula.

The government trumpets their 6%+ increase as a big deal. Using the same calculations that were used when the law was passed, it’s around the 14.3% social security recipients got in 1980.

See also  Fiat currency will surely be replaced by this. So glad it's not controlled by the government!

In May 2020, the Senior Citizens League reported: 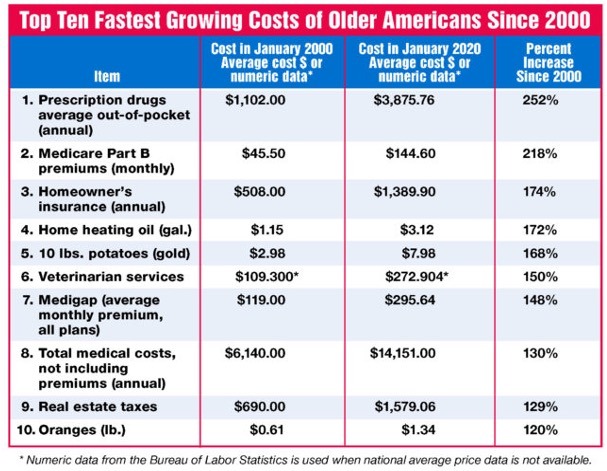 Nothing like congress bribing a federal agency…saves the government billions at the expense of the elderly.
But wait! There’s more!

Social Security beneficiaries who are above those combined income thresholds pay taxes on up to 85% of their benefits.

Those tax thresholds are not adjusted for wage or price growth. Consequently, more beneficiaries are taxed on their benefits over time, notes the Center for Retirement Research.

In 1983, 8% of eligible families paid taxes on their benefits. Today, an estimated 56% of beneficiary families pay those levies.”

What about Medicare premiums?

Medicare part B premiums are based on income; however, they continue to go up at a higher rate than Social Security increases. CNBC quotes Patrick Hubbard from the Center for Retirement Research at Boston College:

…. There is this increase in the benefit, but because it’s eroded by Medicare premiums, it’s not nearly fast enough to keep up with what inflation would be,” Hubbard said.

Of note, one rule called the hold harmless provision protects many Social Security beneficiaries from having their benefit payments reduced due to higher Medicare premiums.”

The SSA writes, “How the Hold Harmless Provision Protecers Your Benefits”:

“A special rule called the “hold harmless provision” protects your Social Security benefit payment from decreasing due to an increase in the Medicare Part B premium.”

The government gives a phony COLA increase to retirees, then takes some of it back by increasing Medicare Part B premiums at a higher rate – but you can be assured your check will never go down. The government expects retirees should be happy while the government weasels out from under promises to workers who worked for decades and paid premiums?

The Retirement Industry Trust Association reports in 2020 the average annual income from Social Security is $18,036. If both spouses collect the average, it is $36,072.

Using the inflation calculation method when the automatic adjustment law was passed, John Williams at www.shadowstats.com calculates it to be around 14%. An average couple would receive a COLA boost of $5,050.08 ($36,072 x 14%). Instead, they should expect around 6% ($2164.32), less than half of what it should be if they didn’t deliberately miscalculate the inflation rate.

One reporter said the COLA is not really a raise. If we get 6%, prices have also risen 6% so we are just keeping up. No, we are not, prices are rising much faster than the government’s phony calculations.

The Senior Citizens League reported that since 2000 Social Security has lost 30% of its buying power. With today’s numbers the gap will increase rapidly.

Social Security is the major source of income for most of the elderly.

I find it sad that so many retirees have become heavily dependent on the government for their survival.

It wasn’t always that way. Prior to my retirement in 2005, I spent countless hours pouring over spreadsheets, looking at our assets, calculating retirement income and what it would cost to live out our golden years comfortably. With the 2008 bank bailout, good, safe interest rates were taken off the table, a major source of income for retirees. The estimates are well into the trillions for interest that should have been paid to retirees, was instead used to increase bank profits and reduce government interest cost.

“My dad used to tell me that I should never rely on Social Security for my retirement. He told me that he didn’t see how it would still be feasible to pay people their money back when so many baby boomers were retiring in the coming years…

That’s the thing that makes me so angry, folks… I’m only asking for my money back that I put into the system through payroll deductions that I made since I was 15 selling subscriptions to the Globe Democrat, door to door!”

I’d imagine how appalled his dad would be with what is happening today.

“The purpose of the COLA is to ensure that the purchasing power of Social Security and Supplemental Security Income (SSI) benefits is not eroded by inflation.”

Instead, they look to find ways to reduce benefits using inflation, without causing citizens to revolt.

Trust in yourself, not the government

Here is what I tell my children:

Social Security and the trust fund is nothing more than political promises. Treat them accordingly. 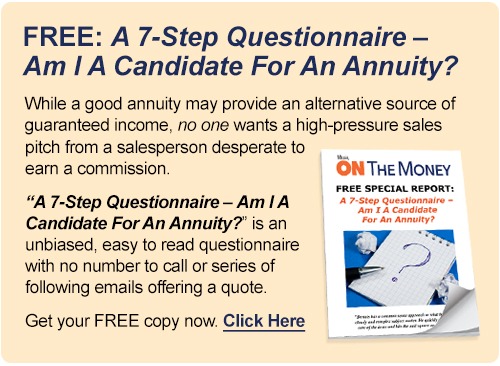