Two gun rights groups planning to host a rally of 130,000 supporters Monday at the Virginia state Capitol have sued to repeal Democratic Gov. Ralph Northam’s ban on guns, even for those with permits.

“Governor Northam is behaving like the royal governors who long preceded him. He has arrogantly and brazenly tried to restrict the rights protected to Virginians by the First and Second Amendments,” said Erich Pratt, senior vice president of Gun Owners of America.

His group is joining the other rally organizer, Virginia Citizens Defense League, in pushing to win back gun rights on Capitol grounds for the Monday “lobby day” when members planned to press lawmakers to reject a wave of gun control legislation sailing through the Senate.

“Gun Owners of America is joining VCDL in asking the courts to issue an emergency injunction forbidding the enforcement of the governor’s unlawful ban. The Lobby Day rally is held annually with thousands of participants and without incident. The only difference this year is that, in response to the Democrats’ attempt to eviscerate the Second Amendment, a much larger crowd is expected,” said Pratt.

“GOA is arguing that the governor’s actions violate the Virginia and U.S. Constitutions, as well as, a 2012 state law which strictly limits the governor’s ability to ban guns in a state of emergency,” he added.

Earlier in the day, VCDL ripped the governor’s emergency decree and suggested that Democrats were hoping for violence at the rally so they could “smear” gun owners. 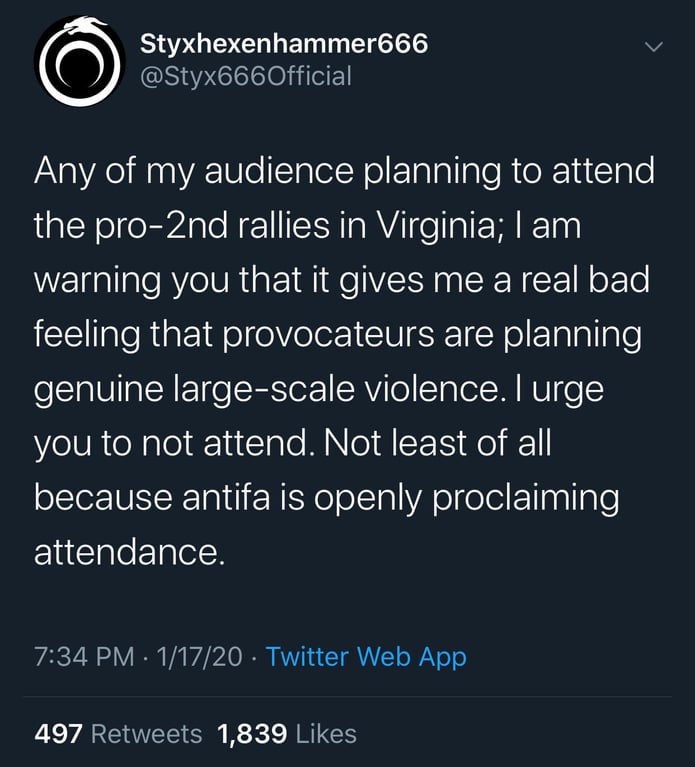 Your 2nd Amendment is under very serious attack in the Great Commonwealth of Virginia. That’s what happens when you vote for Democrats, they will take your guns away. Republicans will win Virginia in 2020. Thank you Dems!