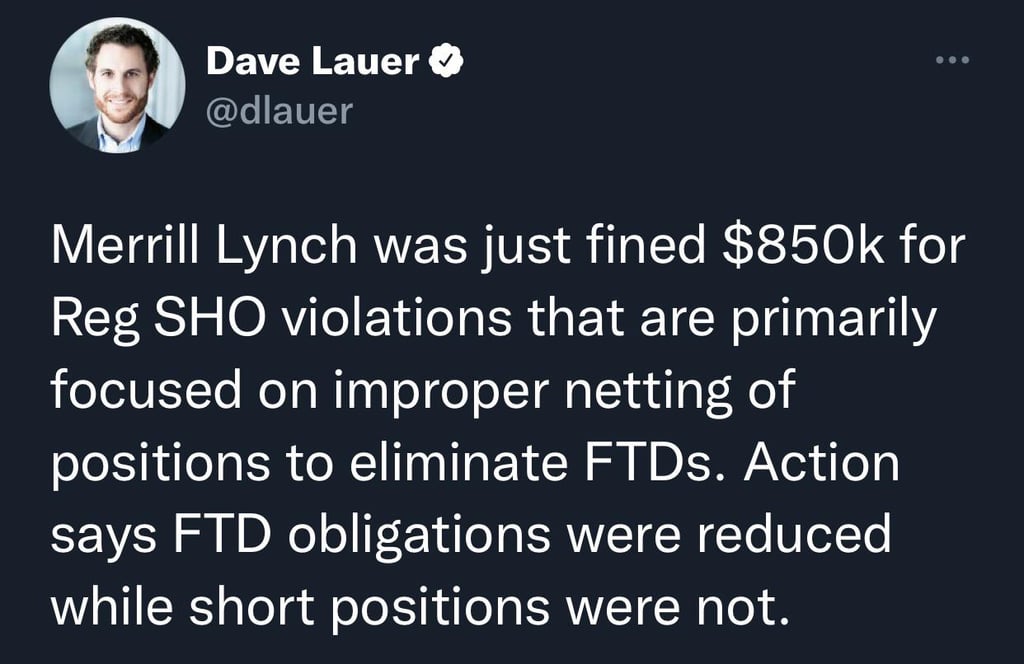 So lemme get this straight.

Financial entity commits a crime or other violation.

SEC comes round and fines them for it. No other punitive measures.

SEC uses the funds received from the fine to fund themselves.

So really, these institutions have a, for lack of a better word, “deal” with the SEC where they go through the rigmarole and public display of having a “case” where a fine is instituted and the money is pocketed by the SEC.

The SEC is funding itself via unjust enrichment because the money taken isn’t returned to the victims of the crime, which it very well could be.

And the label of the money exchanging hands as a “fine” is just to placate us into thinking they’re doing something about this.

The SEC doesn’t have like a “three strike rule” where after so many fines they just shut down the business for so many violations. Because there’s no money in stopping the crimes permanently. The SEC doesn’t exist or get funded without crime to fund it that they can leach off of.