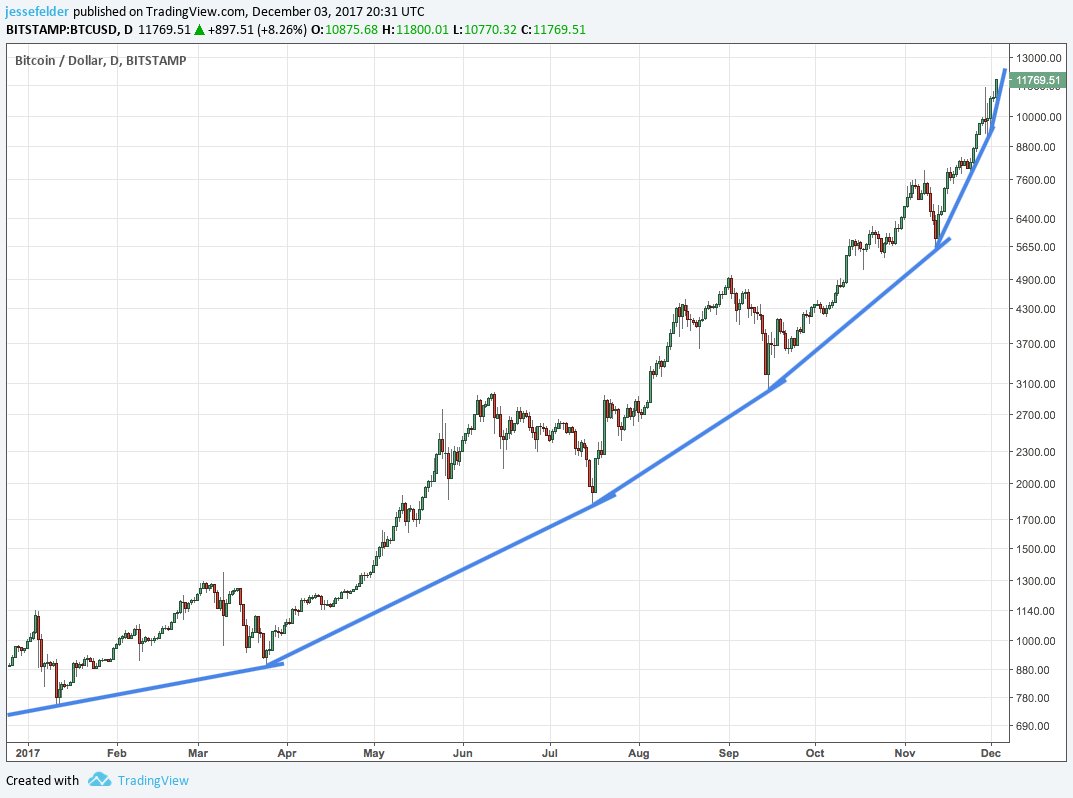 Rather than attempting to "justify" or dismiss valuations, it's better to accept that speculative pressures (we read via market internals) can allow enormous, temporary deviations from valuation norms over portions of the cycle. Just don't imagine those deviations are permanent. pic.twitter.com/cBJQ59i3Pd

The Fed Is Worried That the Top May Be In

Now that the GOP tax deal is pretty much over and the main driver of the recent run-up in the stock market, one has to ask what else is going to hold this thing up. In the last week, the Fed has been very vocal and appear to be very worried.
Here’s what Fed head Yellen had to say;
“I would simply say that I am very worried about the sustainability of the U.S. debt trajectory,” Yellen said.
“It’s the type of thing that should keep people awake at night,” she added.”
And then we have Dallas Fed president Kaplan;
“As a central banker, I want to be vigilant to imbalances and distortions that can build as a result of accommodative monetary policy. I have argued that monetary policy accommodation is not “free” —there are costs to accommodation in the form of distortions and imbalances in consumer decisions as well as in investing, hiring and other business decisions. More specifically, experience suggests that the greater the overshoot of full employment, the more difficult it is to unwind imbalances when growth ultimately slows—as it certainly must.
When excesses ultimately need to be unwound, this can result in a sudden downward shift in demand for investment and consumer-related durable goods. There are surprisingly few historical examples of “soft landings” in cases where employment has risen above its maximum sustainable level.
This is an important read as a possible top could be close at hand; The Carrot Top 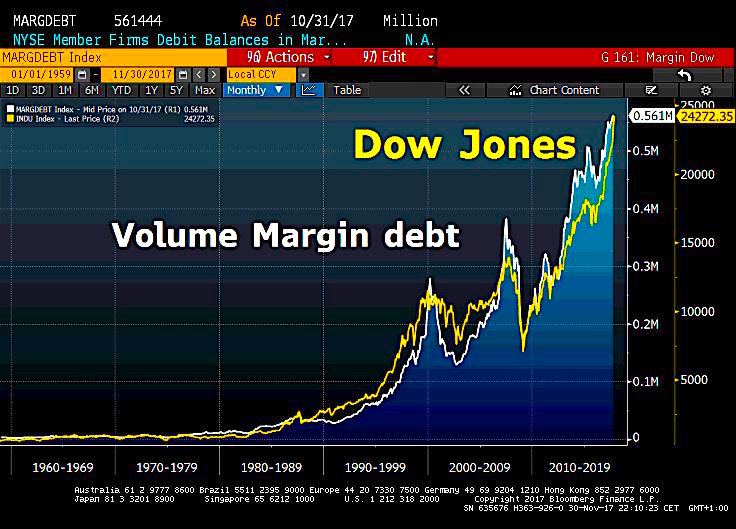 See also  The Icarus Wax Of The Everything Bubble Is Melting

As 2017 enters its final month, here are 12 charts to illustrate what a year it’s been in markets. Far be it from us to be party-poopers; but let’s just say what we see makes us slightly nervous about 2018.
The total value of companies listed on the world’s stock markets as of Friday’s close was $98,750,067,000,000 — within touching distance of $100 trillion for the first time.

Winter is coming, cuts in #ECB govt bond buys could be hefty, Jefferies says. Expects purchases in #Germany, #France, #Italy and #Spain to drop by close to 60% from the current level. pic.twitter.com/I5OOYpRyxz

CNBC–5 hours ago
Investors should be more concerned about an overheating financial market at a time when consumer debts are rising to unsustainable levels, according to the global body for central banks. In its quarterly financial review, the Bank for International Settlements (BIS) said investors were choosing to bask in the “light and …

Financial Times–9 hours ago
A $1tn wave of fixed-income debt is set to mature in Europe, the Middle East and Africa in the coming year, posing a significant challenge for investors searching for returns, according to new research. The debt was raised by investment-grade companies, sovereigns and financial institutions in the aftermath of the financial …

Wall Street Journal–21 hours ago
Chicago is running a multimillion-dollar deficit and faces a pension-funding crisis that dwarfs many others around the country. Yet the nation’s third-largest city is on the verge of selling as much as $3 billion in bonds at a triple-A rating, the latest twist in the tale of cash-strapped U.S. municipalities adopting Wall Street …

How Not to Erase Student Debt

Bloomberg–30 minutes ago
The average borrower in the class of 2016 left campus more than $30,000 in debt — triple the level from 1990, while earnings for newly minted grads have remained flat. Many are struggling to keep up with payments. Of the 22 million Americans with student loan debt, 30 percent are in default (at least a year behind on a …
See also  Amazing - the stupidity around what is clearly a speculative bubble
725 views