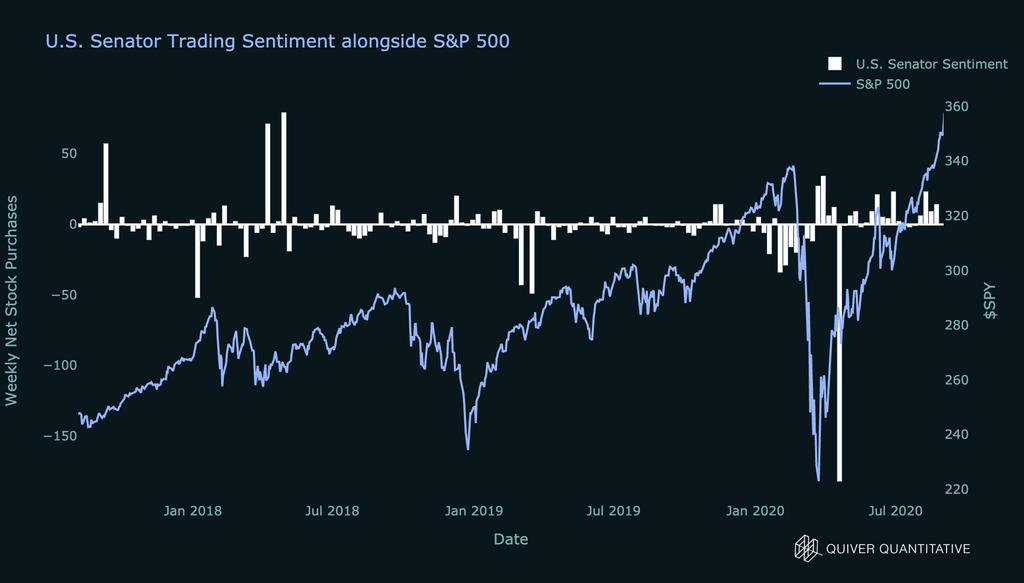 You can see on the graph a few negative bars before the market dropped in early 2020. These bars are represented in part by Senator Richard Burr’s big sell off of stocks after a private COVID-19 briefing that resulted in the FBI seizing his cellphone and opening an insider trading investigation. According to the financial disclosures I’ve scraped, Burr sold 29 publicly traded assets on February 13th in amounts that varied between $1,000-$250,000. This was his most active day of trading in our dataset, and it came approximately a week before the market began its 30% slide.

Lastly, Burr is one of 3 senators who regularly files disclosures by hand instead of electronically. There isn’t anything illegal about this, but hand-filed documents are much harder to scrape data from as they’re essentially just a picture of a handwritten filing. I’m still working on entering data from hand-filed reports, but hope to have them up to date on the site by the end of the week.

One thing which will likely stand out to you is the massive negative bar in mid-April. This bar corresponds to a couple senators selling off their stock holdings under public pressure from the news coverage surrounding Burr’s shady dealing.