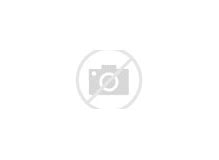 The Dow rose to close above the 25,000 mark Thursday for the first time in nearly two weeks as U.S. stocks finished higher for a fifth straight session in volatile trade.
Wall Street opened solidly higher but subsequently lost ground before recouping losses, supported by the latest data on inflation and the labor market, which pointed to an economy that was growing but in no imminent danger of overheating. Strong results at Cisco also highlighted how American corporations continue to fare well in the current environment.
How did the main benchmarks perform?
The Dow Jones Industrial Average DJIA, +1.23% rose 306.88 points, or 1.2%, to 25,200.37. The S&P 500 SPX, +1.21% added 32.57 points, or 1.2%, to 2,731.20. The Nasdaq Composite COMP, +1.58% gained 112.81 points, or 1.6%, to 7,256.43.
So far this week, the Dow and the S&P are both up more than 4% and on track for their biggest weekly percentage rise since November 2016. The Nasdaq is up over 5%, which represents its best week since October 2014.
Those gains come after sharp losses seen earlier this month, which pushed the Dow and S&P into correction territory, or a 10% drop from a peak. The three gauges stand between 4% and 6% below last month’s all-time highs. The selloff was sparked in part by rising bond yields amid signs of an uptick in inflation, with the higher yields luring money out of equities. Strategists have said the selloff was overdue, but was excessive.

(Reuters) – U.S. regulators on Thursday killed the politically sensitive sale of the Chicago Stock Exchange (CHX) to a group led by China-based investors, saying a lack of information on the would-be buyers threatened the ability to properly monitor the exchange after the deal.

The move by the Securities and Exchange Commission (SEC) ends a two-year battle to gain approval for the sale and underscores the more hostile environment facing Chinese buyers under the administration of U.S. President Donald Trump.

Trump brought the CHX deal up twice during the election campaign as an example of how jobs and wealth were leaving the United States.

SEC staff initially approved the sale of the privately owned exchange in August, but within minutes of the announcement SEC commissioners, led by Chairman Jay Clayton, a Trump appointee, put the decision on hold for further review.

U.S. lawmakers from both parties had harshly criticized the deal in joint letters to the SEC, arguing that it would give the Chinese government access to American financial markets and questioning the SEC’s ability to regulate and monitor foreign owners.


READ  DOW Worst Week Since October... Burry Warns 'Mother of all Crashes' Near... 90% of NFTs Will Be Worthless, Declares COINBASE Founder ... Tight Housing Market Uncoils With Sellers Ready To Cash Out...
READ  UP, UP AND AWAY: Inflation Fastest Since ’08… DEUTSCHE BANK issues dire economic warning for America...
www.zerohedge.com/news/2018-02-15/sec-blocks-chinese-takeover-chicago-stock-exchange
663 views