This cycle can be measured in printed money, wasted time, depleted capital, and non-stop bullshit. This is a level ’11’ con job – one clown size bigger than last time…

No one was happier when Trump got elected than level ’10’ clown, George W. Bush.

“Hallelujah, I’m not the dumbest president whoever lived anymore” 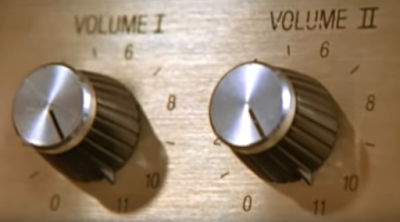 The insanity of this latent clusterfuck can be summarized thusly: remember when Zuckerborg was hauled before Congress to explain how 87 million accounts got harvested for fun and profit? He was forced to publicly explain why his business model is optimized for rigging global elections. It turns out that fake news is far more lucrative than real news, since there is absolutely zero market for real news in a post-truth society. He vowed to make Facebook less profit oriented and more user oriented. Because of that fucker we had to read the terms of service on every web site we accessed for the next two months informing us as to how they were selling our data on the dark web. Subsequently of course, the stock proceeded to rise at twice its prior pace.

The more crack you smoke, the more sense it makes. 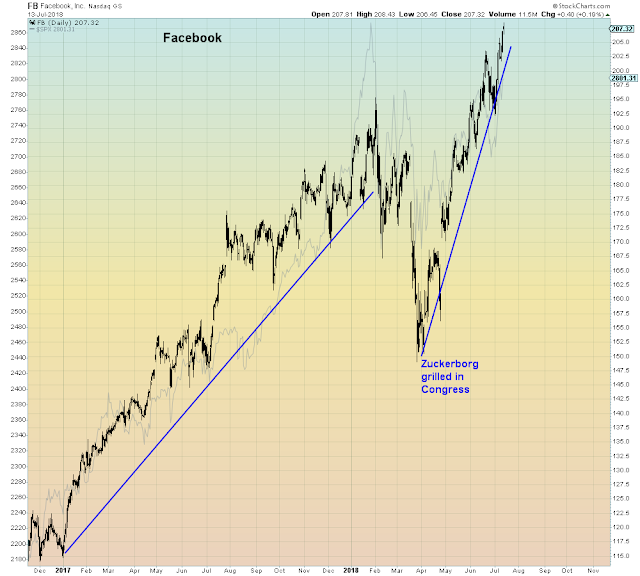 Of course this is the outcome of having three Tech stocks power the entire S&P 500. Everything else falls apart in real-time: 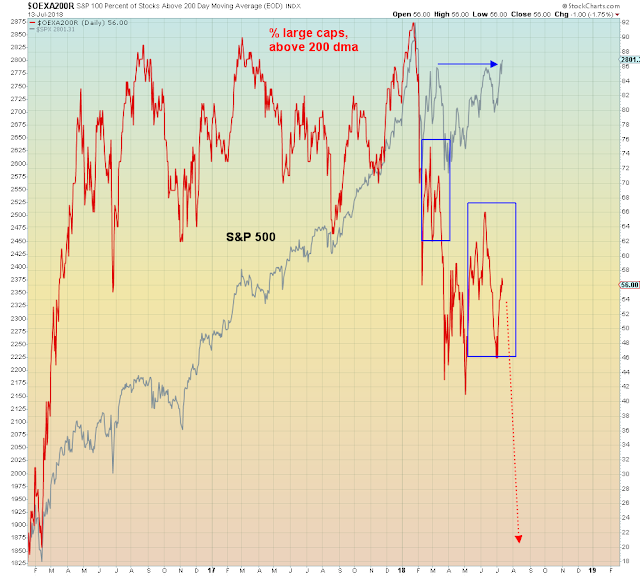 Speaking of smoking crack, after 2008, Prechter said it would be very difficult to “time” this cycle because it was one trend degree larger than the prior rally. He was right, from an options trading perspective. However, from a broader perspective, this cycle was simply about telling an even bigger lie than last time and waiting a longer amount of time for the sheeple to swallow it whole. A testament to the power of mass conformity and “fear of missing out” on Ponzi schemes.
We can see this in a variety of charts, perhaps most vividly in Norfolk Southern railroad which made a new high this week: 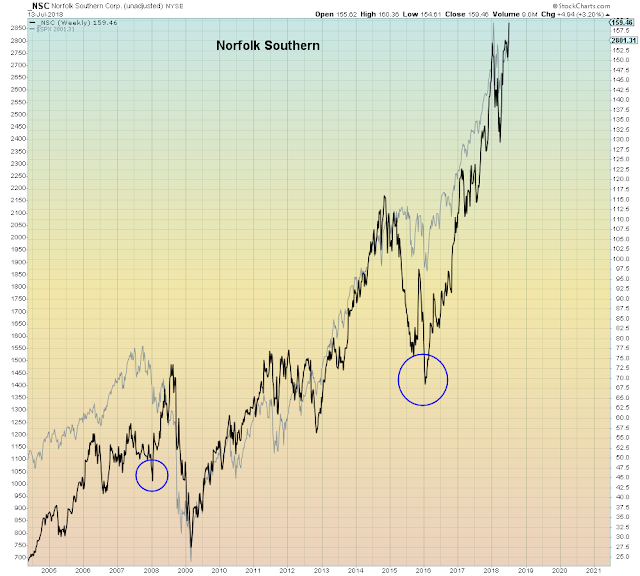 Similar to 2008, NS is now diverging substantially from the Dow Transports of which it is a component: 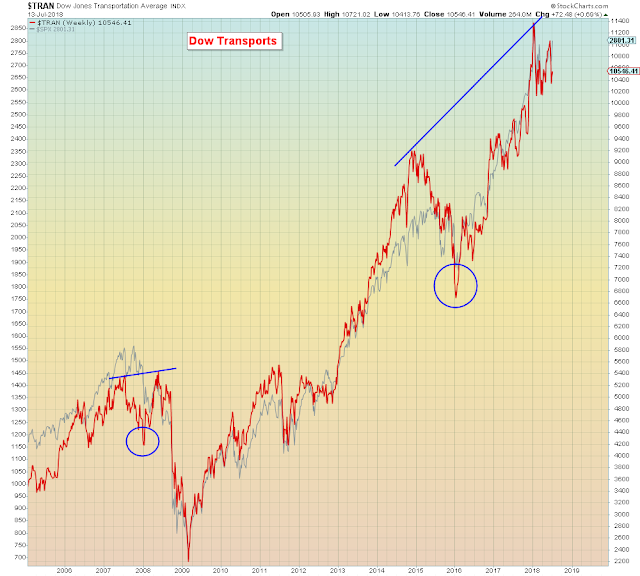 Another example is given by General Mills within Consumer Staples 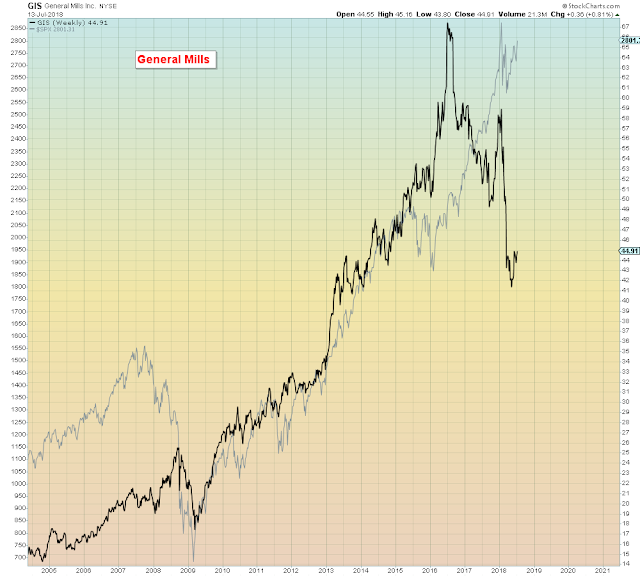 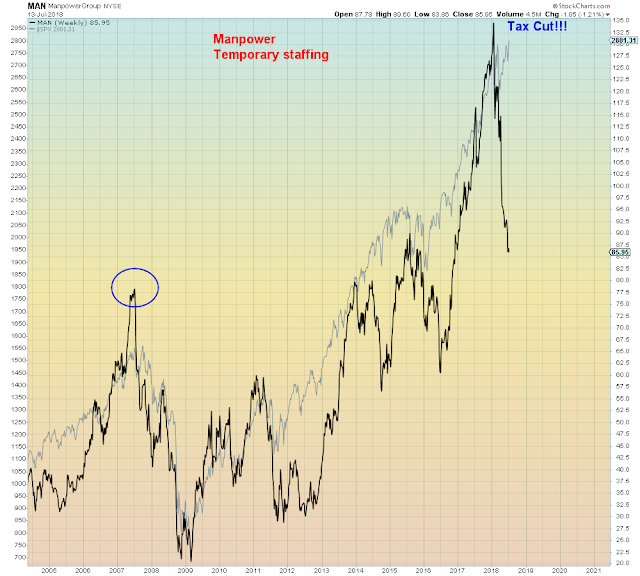 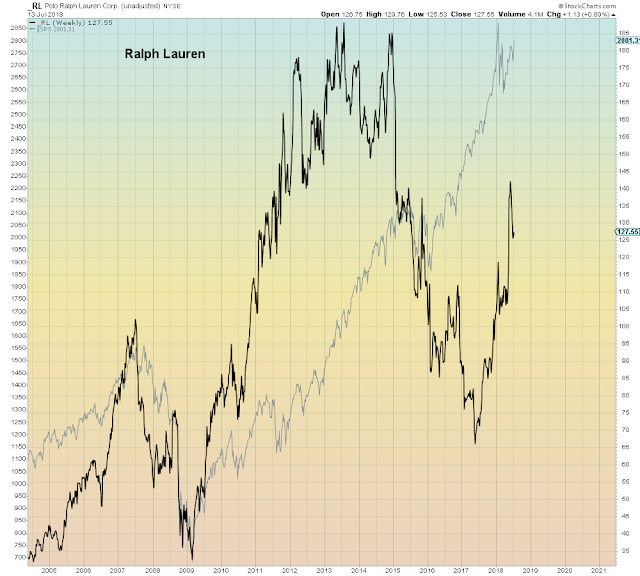 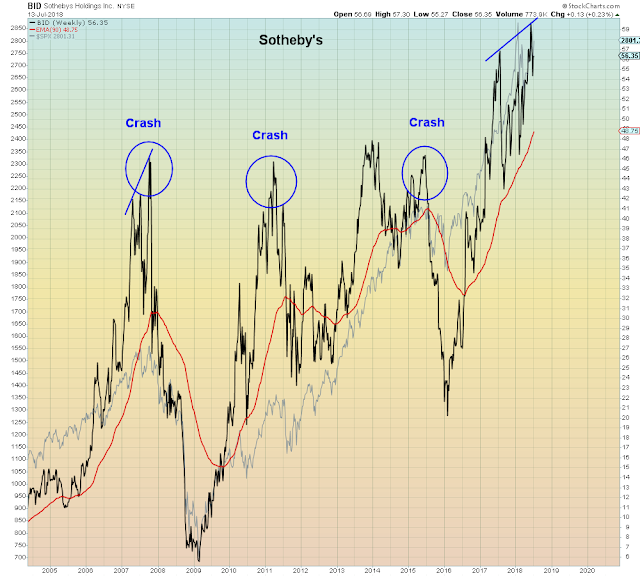 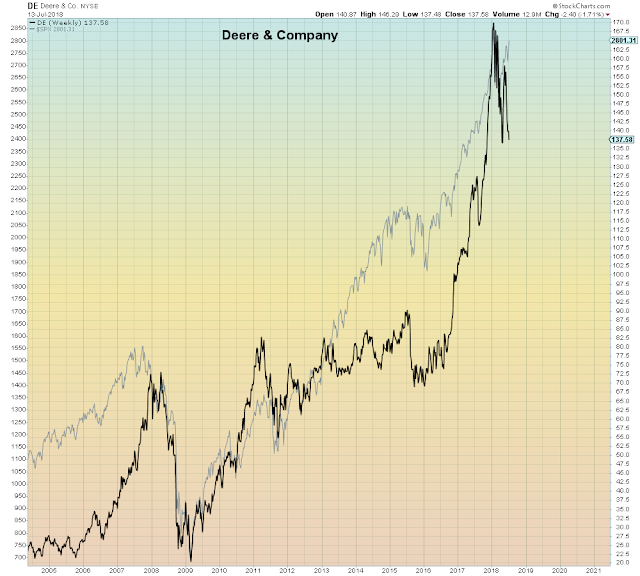 Of course, positioning is a bit different this time

Which means it really worked this time. 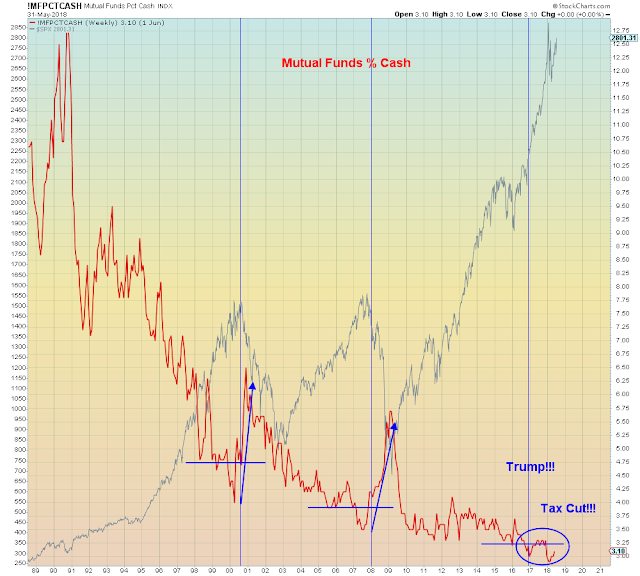