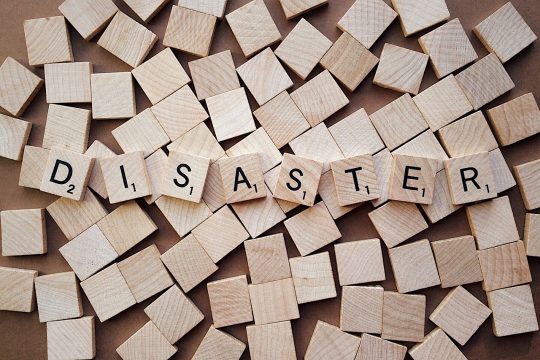 We haven’t seen emerging market currencies crash like this in over a decade, and analysts are warning that if this continues we could witness a devastating global debt crisis.  Over the past decade, there has been an insatiable appetite for cheap loans in emerging market economies, and a very substantial percentage of those loans were denominated in U.S. dollars.  When emerging market currencies crash relative to the U.S. dollar, lending dries up and servicing the existing loans becomes extremely oppressive, and that is precisely what we are witnessing right now.  This week, most of the top headlines in the financial media have been about the crisis in Turkey.  The Turkish lira fell another 8 percent against the U.S. dollar on Monday, and it is now down about 35 percent over the past week.  Overall, the lira has fallen 82 percent against the U.S. dollar in 2018, and this is putting an enormous amount of stress on the Turkish financial system…

“It is about credit, since Turkey has been a huge borrower in global capital markets over the past number of years when the world’s central banks were encouraging investors to stretch for yield,” David Rosenberg, chief economist and strategist at Gluskin Sheff, said in his daily market note. “Over half of the borrowing is denominated in foreign currencies, so when the lira sinks, debt-servicing costs and default risks rise inexorably.”

Turkey’s economy, just like all of the other major economies around the world, is utterly dependent on the flow of credit, and now lending is becoming greatly restricted.

Meanwhile, any existing loans that were made during the lending spree of the past decade that are denominated in foreign currencies are going to be causing major problems.  The following comes from CNBC…

The lending spree has created two potential problems, according to Capital Economics. One is that Turkish banks looked to foreign wholesale markets as a way to fund the credit boom, instead of relying on more steady domestic deposits.

Now, the expense of servicing those loans has jumped with the lira’s decline, and they will be much more difficult for banks to roll over. The second risk is the possible sharp rise in nonperforming loans, including those made in foreign currencies, mostly to businesses.

Many of my American readers may be wondering why they should be concerned about what is going on in Turkey.

See also  HMM: China Has a Crisis Brewing – Will It Be the Final Straw for Global Economy?

Well, the fear is that “what happens in Turkey won’t stay in Turkey”, and it isn’t just Turkey that we are talking about.  Similar scenarios are playing out in emerging markets all over the planet, and one of the most dramatic examples is Argentina.

The Argentine peso has lost 8 percent against the U.S. dollar over the last three trading days, and overall it is down about 33 percent over the past four months.

In a desperate attempt to restore confidence in the currency, the central bank raised the core interest rate 5 entire percentage points on Monday to an eye-popping 45 percent…

Argentina took emergency steps to stabilize its currency in the wake of an emerging-market rout caused by Turkey’s crisis, jacking up its already highest-in-the-world interest rate by 5 percentage points and announcing it will sell $500 million to support the peso.

Policy makers set the rate for seven-day notes at a record 45 percent and pledged to keep it at that level at least until October. The central bank also said it plans to phase out 1 trillion pesos ($33.2 billion) of short-term notes by December in an effort to limit the currency volatility that often popped up when the securities were rolled over. And the bank also changed a system for dollar auctions to make them harder for traders to anticipate.

And this wasn’t the first time that the central bank has made such a dramatic move.

In fact, this was the fourth enormous rate hike that we have seen since April 27th.

The IMF has promised to intervene in Argentina with a 50 billion dollar bailout, but that may not be nearly enough.

Meanwhile, let’s not forget the complete and utter disaster that Venezuela has become.  According to the IMF, the inflation rate in that country is projected to hit one million percent this year…

A top U.N. official is warning that Venezuela is on the verge of turning into an “absolute disaster of unprecedented proportions.” And now, what was once Latin America’s richest nation is about to ravaged by hyperinflation.

Life for most people in Venezuela is already terrible, so it might be hard to believe that it is about to get even worse, but it is.

Yes, it is true that Venezuela has been a basket case for some time, but things are getting a lot worse.  People are starving, the entire economy is disintegrating, and chaos reigns in the streets.

And we must remember that Venezuela was once one of the wealthiest nations on the entire globe.

Will similar scenes soon be playing out in other emerging markets as this new debt crisis deepens?

In addition to Turkey and Argentina, currencies are also crashing in South Africa, Colombia, India, Mexico, Brazil, Chile and a very long list of other prominent nations.

If order is not restored to the currency markets, we are going to see an international debt crisis of unprecedented size and scope.

So keep a close eye on the foreign exchange markets over the next few days.  If emerging market currencies keep crashing, events are going to begin to escalate very, very rapidly.