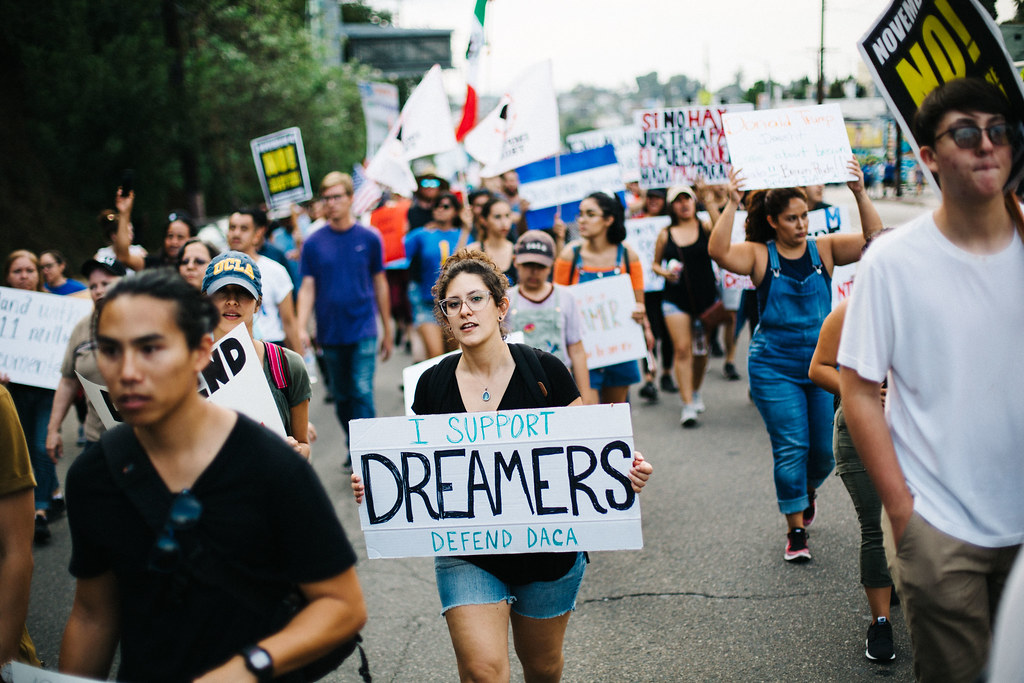 One of 2017’s most contentious issues was over what would happen to the estimated 700,000 Deferred Action for Childhood Arrivals (DACA) recipients, and this is due to come to the forefront of politics as of today.
While many in government are playing down the importance of this decision (and ultimate vote), suggesting that it need not be deal with until March, the reality is that it will be an all-encompassing piece of legislation upon which careers may rise or fall. In the run-up to Christmas, lawmakers were locked behind closed doors in an attempt to leave the public with an impression that something was going to be achieved…At least an indication of direction.
Various media sites are putting their own spin on this particular topic, both from the point of view of the recipients, and the politicos.
The left and the right seem to think that “their side” will win through. The “Dreamers” themselves are being subjected to a fair amount of scrutiny with wildly varying reports about their “usefulness?” coming out. You may have read that they are a majority of well-educated taxpayers with very low levels of criminality, or you may have read (today) that a quarter of the are unable to manage basic English.
But don’t be fooled. Neither political side is evaluating their response based on the “worthiness” of the individuals. The Dreamers are about t be used as one of the biggest political poker chips ever seen.
President Trump has made his position extremely clear. He has stressed publically that without concessions on wall funding and chain migration, then there will be no deal on DACA recipients. And the left has stated that there are certain ideas that they “Will Not” entertain.
So who will win through?
Here’s my guess. There is no way on earth that the DACA recipients will face deportation…Not going to happen. They will also not magically become American citizens overnight. The most likely outcome (in my opinion) is that some funding for the wall will be agreed upon, and a sturdy review (or limiting) of chain migration (possibly “Tom Cotton-Lite) will not be overly opposed.
No Democrat will make a promise to vote a certain way, and no Republican will call for DACA deporting.
Yet this may be an opportunity for President Trump to win some positive coverage. If he can offer a pathway to citizenship for the Dreamers, something more than just a continuation of their current status, it would be difficult for Democrats (or Republicans) not to go along with his proposals. T would also mean that if they opposed, they would be the one’s cast in a negative light.
In a choice between 700,000 getting citizenship, or a continuation of a chain migration system that has accounted for around 9 million coming in (largely unskilled, leading to a suppression of wages for the folk that need it the most), it should be a pretty simple equation.

See also  Pentagon Confirms Worst Fears About General Milley...Should Face ‘Court Martial’…
See also  Polls Show That The American People Are Extremely Angry – And They Are About To Get Even Angrier
1,193 views

12 thoughts on “The Battle over Dreamers is about to Begin”