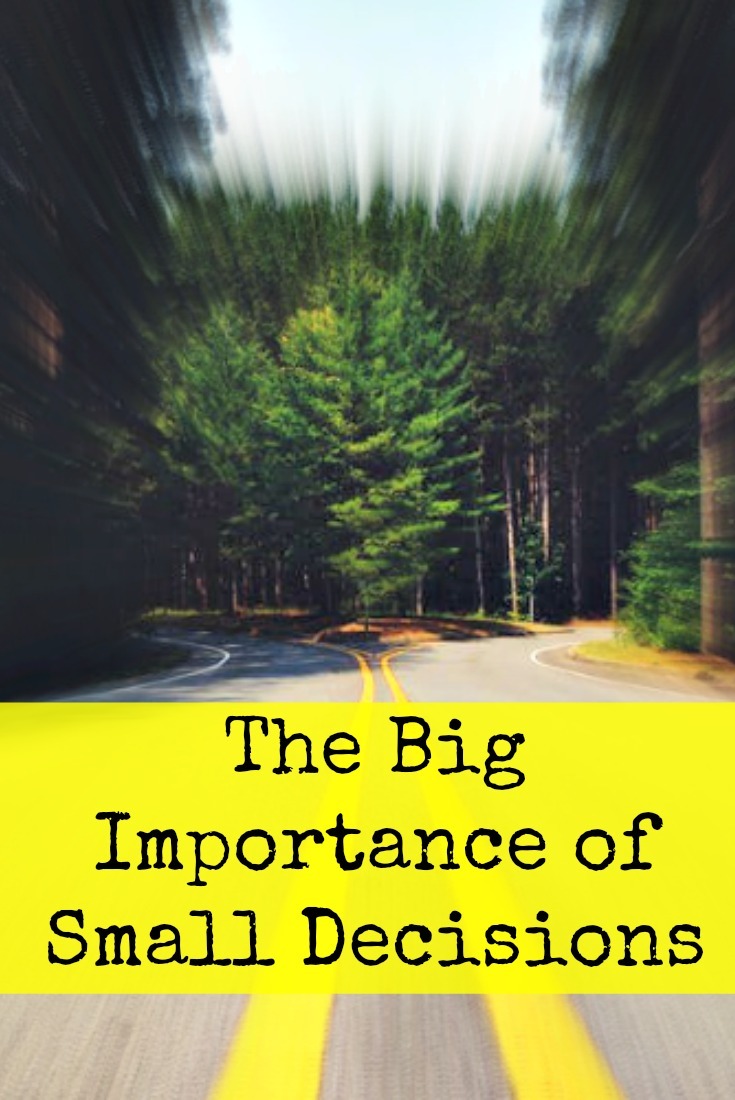 Every day, we make a million small decisions. What we’ll eat for lunch, who to ask a question at the office, which route to take home, whether we should pick up takeout or cook dinner, if we want to take a walk, who will drive the kids to practice, and when to go to bed.

None of these things seems overly important, but sometimes the small decisions can have big effects. Sometimes they don’t really matter, and sometimes they can be the difference whether you live or die.

When you’re in one of those life or death situations, you must have the ability to quickly come up with the options, figure out what could go wrong, and decide which holds less risk.

Recently, I had a business trip to New York City. My daughters wanted to come so we opted to take a couple of days to see the sights. (I know, I know, you would never take your kids to the city and you think I’m a terrible mom.  But this isn’t the point of the article.)

We had a great time, and on our last evening there, we decided to stop for ice cream in a beautiful public square in front of Macy’s at 33rd Street. As we were hanging out, eating our ice cream, I noticed a few cops wearing shirts that identified them as part of the NYPD counterterrorism unit. Of course, I immediately began paying close attention.

At the same time, I got a notification on my phone from a business that monitors DHS and other anti-terrorism organizations. It stated that New York and other cities were checking out some public places “out of an abundance of caution” because the US had just bombed Syria and they were concerned about potential retaliation. (Several people have asked about the service I was using. It’s a paid subscription and worth every penny: www.alertsusa.com/)

I honestly seemed to be the only person in the entire area who noticed that these officers were checking planters and trash cans for I can only assume were possible explosive devices. Everybody else was too glued to their phones to notice. I actually saw a woman in her 20s be asked to move so they could check the planter she was sitting on and she did so without ever looking up, making eye contact, or assessing the situation.

So, on alert, as I was, I had to make a decision that normally would have been of little import. I had to decide how to quickly and safely get us back to New Jersey and our hotel room.

So I had a small decision to make.

Here were my options along with the details.

Option1: Take the subway, which had a stop a couple of blocks from our hotel.

Option 2: Take a cab, but the cab would have taken us through the Holland tunnel.

I opted for speed. We walked briskly to the subway and were safely in our rooms within half an hour.

Obviously, nothing happened, so this was not an “important” decision. But it had the potential to be.

Other examples of small decisions

There are so many times in which your ability to rapidly assess a situation and make a small decision could be vitally important. These are some examples.

When the plane hit the Twin Towers on 9/11, people in the towers had to make several decisions:

When flames approached homes in the Napa Valley wildfires last year in California, these were the things to assess:

A mom is with her children in a convenience store when it gets robbed.

Civil unrest erupts in your town while the kids are at school and you are at work.

You’re vacationing at a touristy spot in a city and there’s a terror attack.

A hurricane is barreling toward your coastal city.

As you can see, many of these small decisions must be made in a split second. You may not have time to map out all the pros and cons. You may become indecisive when you’re afraid.

You can train yourself to make decisions more quickly.

Begin to think about all of your decisions in a different way. No matter how small they are, there are always variables that you can weigh. The more you do this, the faster you will become at making well-thought-out yet speedy choices.

Whenever you’re making a choice, ask yourself these questions and answer them as rapidly as possible.

It may seem silly to decide which route to take home from work this way or plan the evening schedule with a decision tree, but you’ll soon find that your choice-making is occurring faster and faster.

Then, when a real emergency strikes, you’ll be ready.