The primary season is in full swing for Democrats seeking the 2020 presidential nomination, and that means bashing the big banks is a favorite campaign topic. Kamala Harris is taking heat for accepting money from Wall Street.  Elizabeth Warren believes the economy is rigged to favor big banks. And Bernie Sanders thinks the banks are so big, the government should break them up. 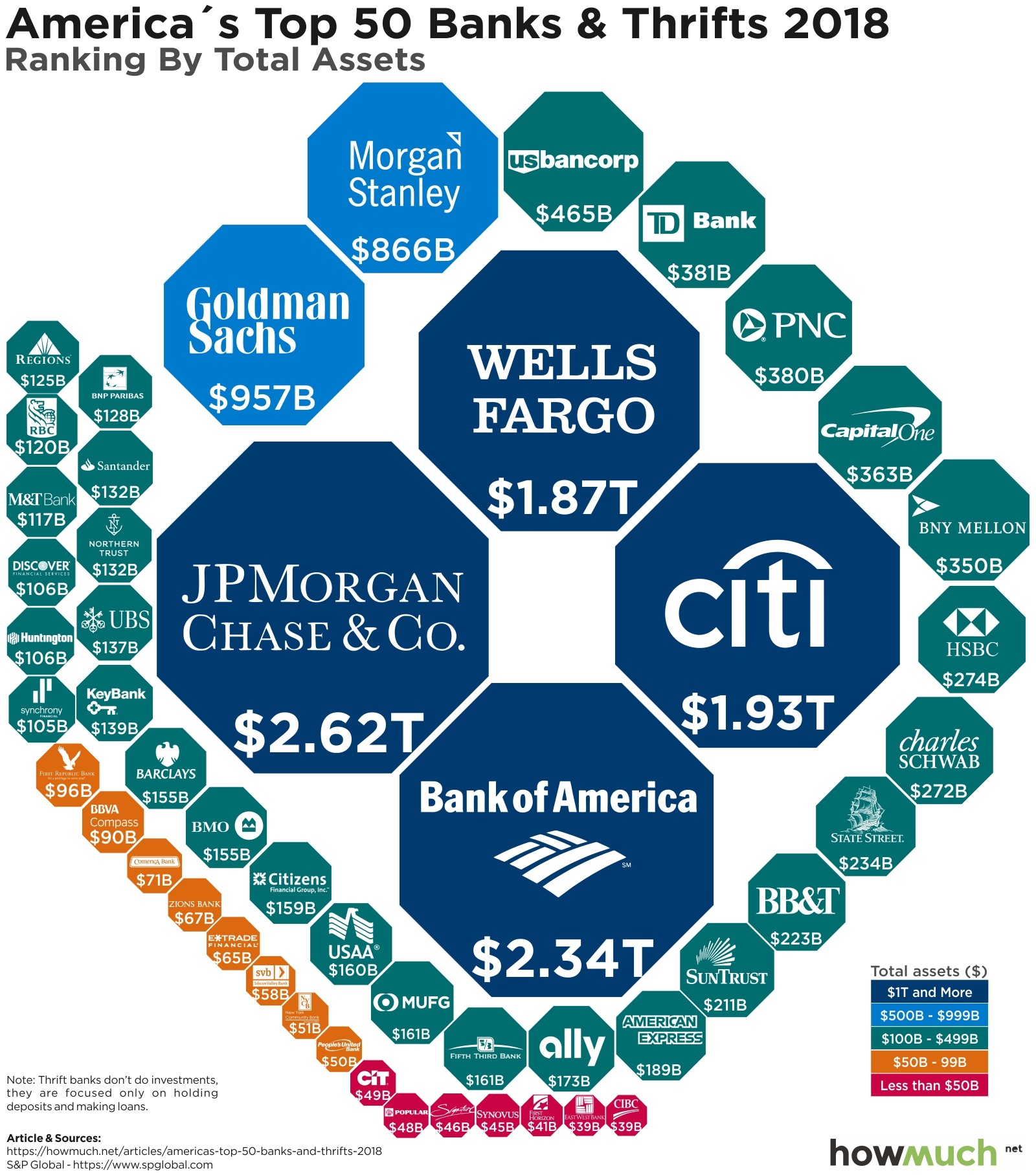 We wanted to cut through the rhetoric and understand how big the biggest banks really are. Our numbers come from S&P Global from the third quarter of 2018. And it turns out, they’re enormous, controlling trillions of dollars in assets.

Here are the top ten biggest U.S. banks, listed in order of assets ($B)

It’s worth pointing out how these are some of the biggest banks anywhere in the world, not just the U.S. We published a list of the top 10 largest banks back in 2017, when the Industrial & Commercial Bank of China posted assets of $3,62T. That’s substantially larger than JPMorgan Chase today ($2.62T), but that’s due to direct Chinese government intervention into the economy. Certainly, the American government intervened into the U.S. economy massively in 2008 and 2009 to benefit these institutions as well, but the numbers are still amazing to compare.

READ  Banks Are Desperate for Borrowers

The scary part about our visualization is that it actually understates how enormous the banking sector is to the U.S. economy. Sure, there are a handful of trillion-dollar institutions. But there are also 22 different companies controlling between $100B and $250B in assets. To keep that in perspective, Portugal has a GDP of $218B.

Our point is, imagine the shock to the world’s economy if a handful of these “smaller” banks suddenly became insolvent. Pretty soon, we’d be talking about another system-wide financial crash.