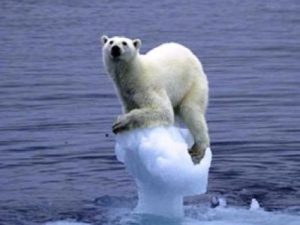 COMMENT: Mr. Armstrong, I have worked in the Arctic Circle. They always show polar bears on ice but what they fail to tell the public is that they normally spend time on land in summer when sea ice declines and most pregnant polar bears give birth and make their dens near the coast not on ice in the open sea.  They are excellent swimmers and will swim long distances. The photo they used to start global warming makes them appear to be clinging to ice because they cannot swim and that is where they live exclusively. This is just another part of the propaganda.

It is rare to find someone these days willing to say the truth. 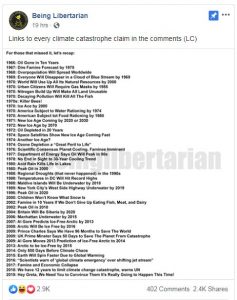 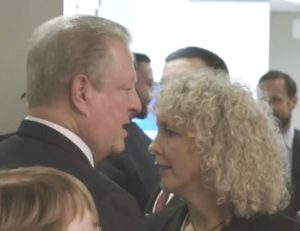 REPLY: Someone sent in this Facebook link that lists the timeline of climate scares. It is amazing how these people hate society so much that they have lied about everything to try to send us back to the pre-Industrial Revolution. They are totally dishonest about what their objectives truly are and they conspire together to destroy our civilization.

They have succeeded in convincing Europe to take drastic action on “climate change,” but perhaps because the politicians already KNOW that their social system is collapsing and they will be unable to sustain it even with the highest taxation on the planet.

Macron of France is pushing hard to Federalize Europe because he knows full well that France cannot maintain the level of social benefits and still keep its spending in line with the European treaty. His agenda is to federalize Europe and use climate change as a cover for the failing socialism he faces. By pushing France to surrender its total sovereignty to Brussels, the cuts to French benefits will then not be his, but Brussels. That ploy will simply not work. Nonetheless, he has been trying to use climate change to reduce social benefits. 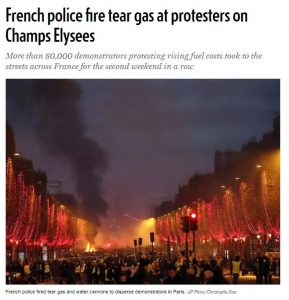 When I lived in Switzerland for a few months a few years ago working on a project, the same Starbucks drink in Zug was $10 compared to $5 in the USA. The degree of hidden taxes through the VAT system combined with income taxes that are 20-30% higher than in the USA means there is just no room to raise taxes in a normal fashion. Hence, politicians need global warming as an excuse to raise taxes. That is what began the Yellow Vest Movement in France — the added fuel tax to save the planet. We saw the same excuse when Canada placed a $1,000 tax per home to save the planet when the money just goes into the general coffer and does not even fund a pretend strategy to save the planet.

Climate change has become the battle cry for governments to simply raise taxes and the lies will only fuel civil unrest.