Founding a new company carries all sorts of risks, not the least of which is the cost associated with leasing an office and hiring employees. But where is the best city to start a new company, and what are the most important factors to consider? We created two new graphs on the ten most expensive and ten cheapest cities in the U.S. for a new company to call home. 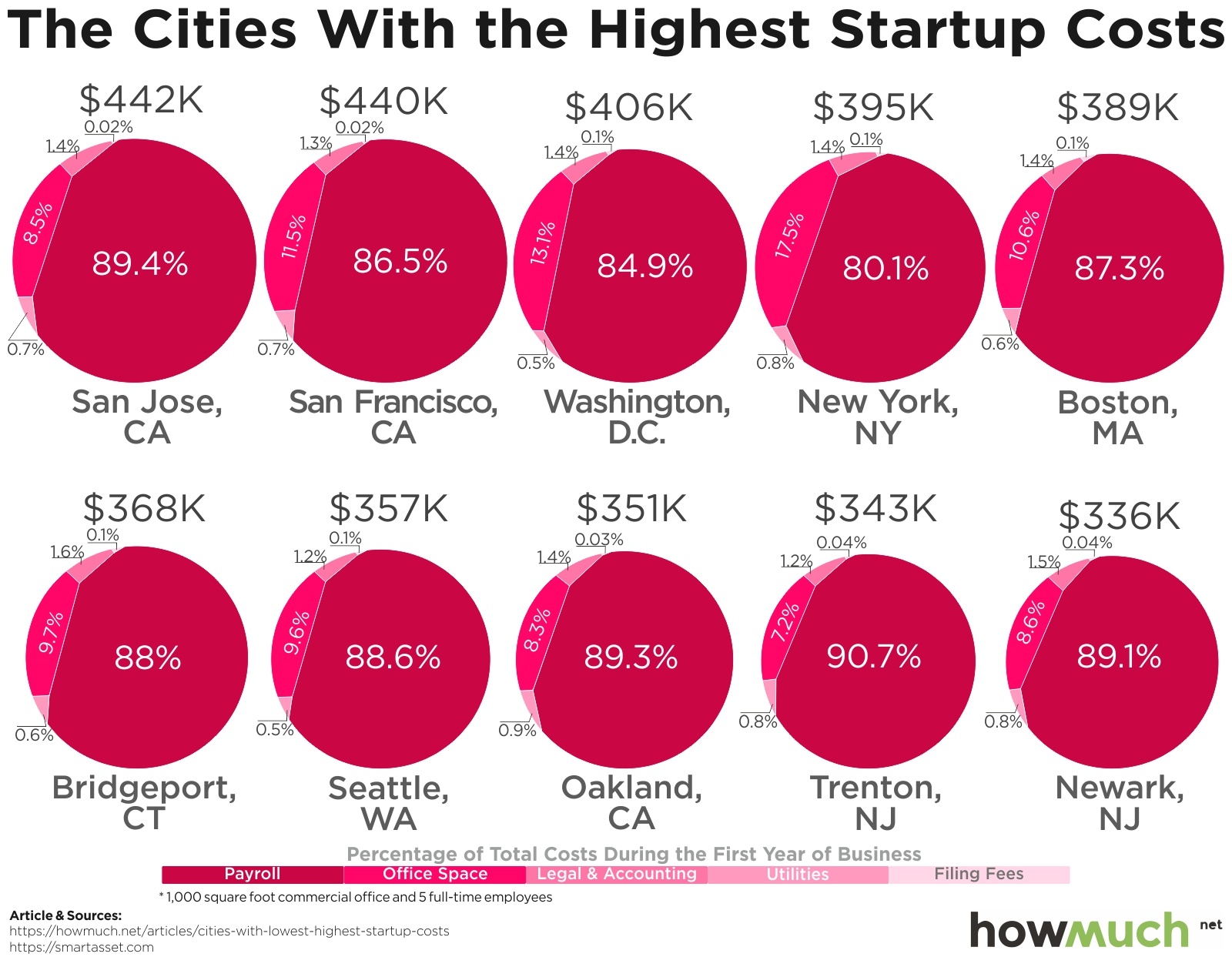 We gathered the data from SmartAsset, a personal financial advice website. SmartAsset studied 80 cities and calculated the average costs for starting a new company, including filing fees, office space, utilities, legal and accounting fees, and, most importantly, payroll. To make a fair comparison between cities, SmartAsset assumed a company would need a 1,000-square foot office space and have five full-time employees. We calculated each of these metrics as a percentage of the overall startup cost and turned them into slices on a pie chart. This lets you quickly and easily understand the costs associated with creating a new company in different locations across the U.S. 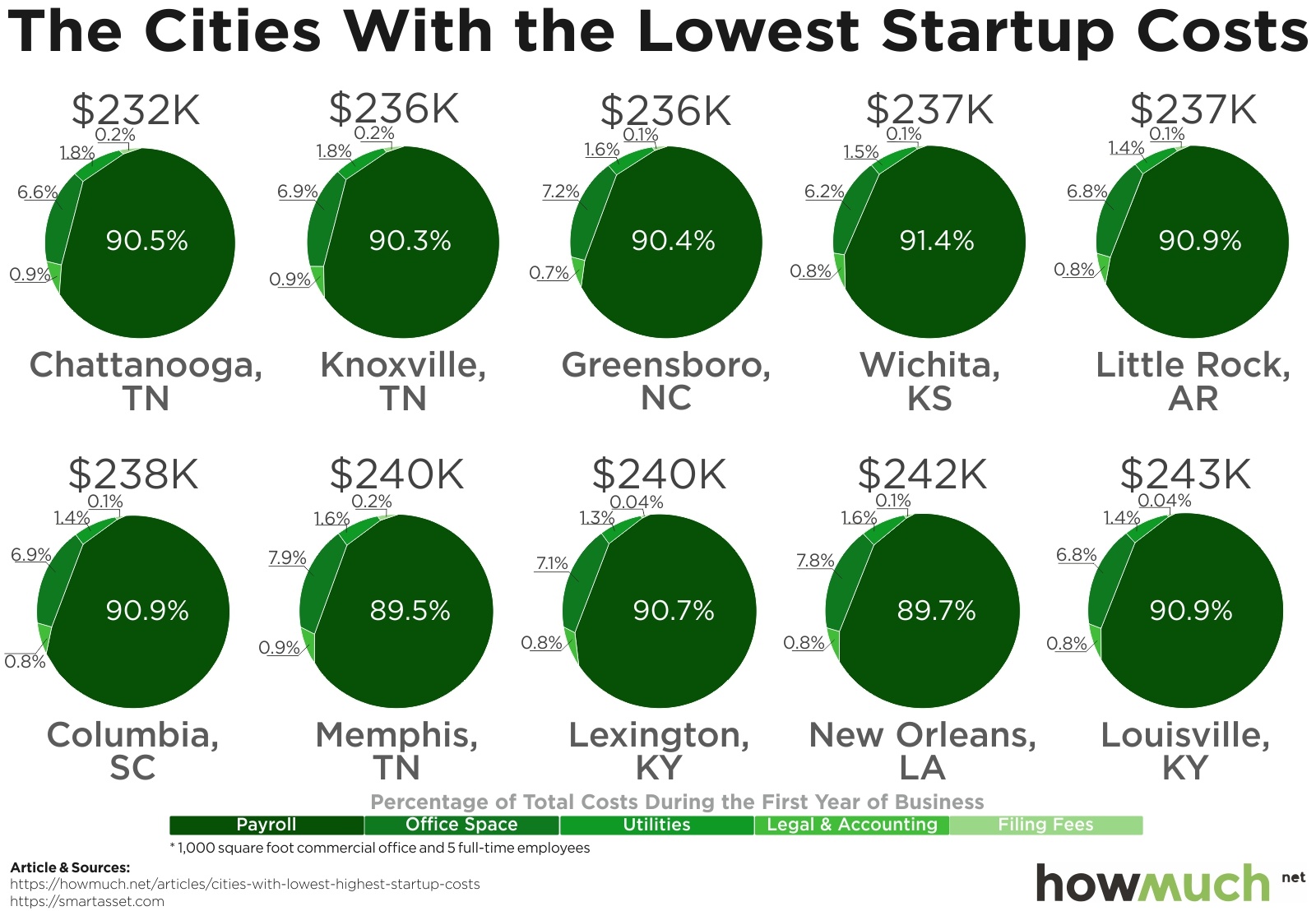 The first surprise from our graph has to do with payroll. As one might expect, hiring people to run the company is by far the biggest expense. It accounts for over 80% of the total price tag in every city. However, the more affordable cities devote a higher percentage of their budgets to making payroll, topping out at 91.4% in Wichita, KS. Compare that to New York, where only 80.1% of the budget goes toward paying employees. Of course, it is much more expensive in absolute terms to hire people in New York ($316K) than it is in Wichita ($216K).

Less surprisingly, the most significant difference between these places is the cost of office space. New companies only need to pay $15,200 in the cheapest place in our analysis, Chattanooga, TN, which would only be only 6.6% of a startup’s total budget. Compare that to New York, where a comparable office would cost an incredible $69,310, or 17.5%, of their budget. That’s more than 4 times as expensive and could be the sole reason holding the company back from hiring another employee or growing in other ways.

Part of the reason why it costs so much more to start a new company in cities like San Jose or San Francisco is that these places are famous for startups. Entrepreneurs flock to coastal cities instead of the Midwest, creating substantial competition for talent and high rents for prime real estate. Proximity to venture capital is also a serious concern in the startup world.

Despite these inherent benefits of starting a company in one of the more established locations, the good news is that many cities away from the coasts are trying to replicate the experience of Silicon Valley. If you’re seeking a home for your startup, maybe consider one of them instead of the old standbys, and save yourself some of that venture capital cash for other aspects of your business.