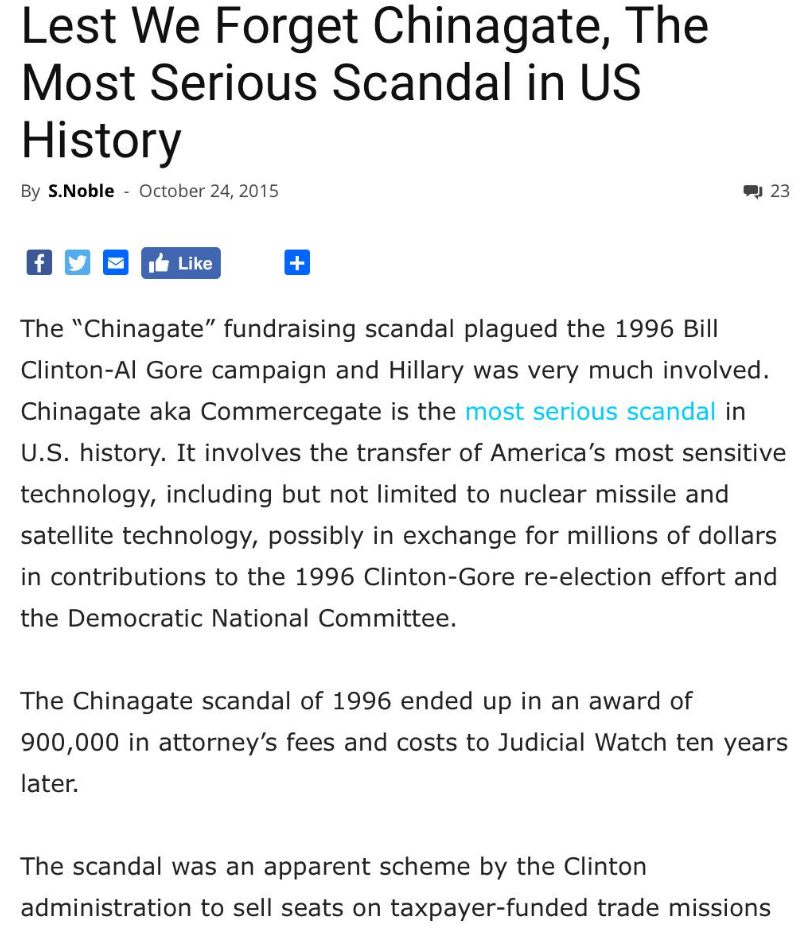 It’s guaranteed that the Chinese are pushing the Democrats to impeach. They’re losing $billions in the Trump trade war.

As president, Bill Clinton essentially wiped out any strategic advantage the U.S. had by selling advanced U.S. missile technology to our enemy, the People’s Republic of China.

That “administration’s voluntary release of all the secrets of America’s nuclear tests, combined with the systematic theft of the secrets that were left as a result of its lax security controls, effectively wiped out America’s technological edge,” David Horowitz writes in the recently published, The Black Book of the American Left Volume 7: The Left in Power: Clinton to Obama.

Unlike the administrations that preceded it, the Clinton administration accepted millions of dollars from the military and intelligence services of at least one hostile foreign power. All of this was done in exchange for illegal campaign contributions from a massive totalitarian country determined to eclipse the U.S. as a world superpower.

There’s a declassified version. The whole report hasn’t been released.