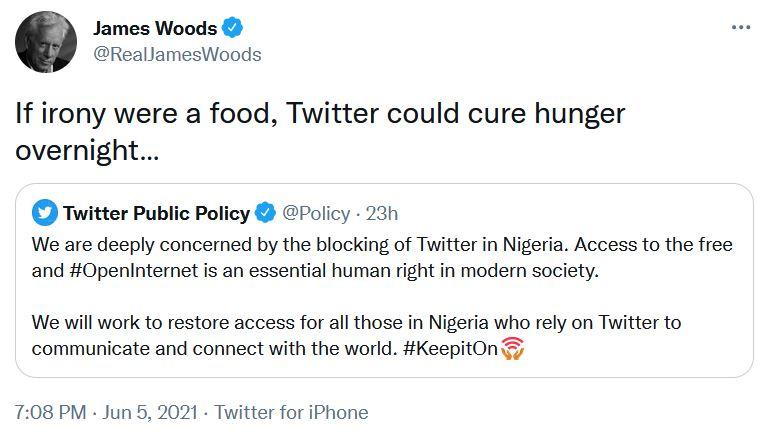 [Nigeria’s minister of information and culture, Alhaji Lai Mohammed,] compared Twitter’s actions in Nigeria to those the company took after the riot at the U.S. Capitol in January, including banning the account of former President Donald J. Trump, he said during a news conference after the tweet was removed.

“When people were burning police stations and killing policemen in Nigeria during EndSARS, for Twitter it was about the right to protest,” he said. “But when a similar thing happened on the Capitol, it became insurrection.”

When asked about the details of the social media suspension, a ministerial aide told Reuters that they will “wait and see how things will turn out.”

Reuters tested the social media platform in Lagos and Abuja and found that Twitter’s website was inaccessible in Nigeria on some mobile carriers, while its app and website worked on others.

Twitter told Reuters it is investigating its “deeply concerning” suspension of operations by the Nigerian government, and “will provide updates when we know more.”

Considering the number of people Twitter has banned without a second thought and its election-time suppression of the New York Post, it’s tough to work up much sympathy for the platform. QED: