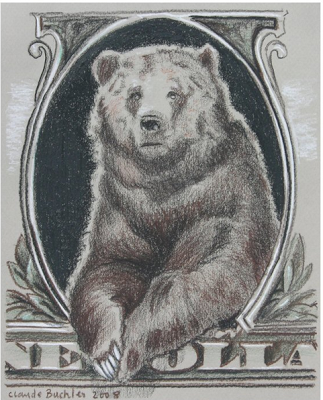 It seems as if Newton’s first law of motion is being expressed in the foreign exchange market: An object in motion stays in motion unless acted upon by a countervailing force. All the major currencies continued to trade higher against the US dollar over the past several sessions. The euro and sterling extended their weekly advance for a fifth consecutive week. The Scandis have also appreciated for five weeks. The Australian and New Zealand dollars have rallied for six weeks. The Canadian dollar and Japanese yen are appreciating but are not streaking.

It is not clear at this juncture what it will take to arrest the dollar’s slide. As we discuss below, the technical indicators are stretched, but the momentum remains strong. Many of the currencies settled softly ahead of the weekend, but it might not signify anything but the uncertainty ahead of the weekend that will see the US government close what it considers non-essential functions due to the failure of Congress to agree to authorize the government to spend money and the SPD conference in Germany that will decide if the party will engage Merkel’s CDU/CSU block in negotiations to form a new government (now four months since the election).

If the dollar’s slide is being fueled by speculation of policy shifts by the ECB and BOJ, then the central bank meetings in the week ahead by spur some caution. The interest rate differentials have widened in the US favor, which makes it expensive to be short the dollar if the momentum is not sustained. Given market positioning, and the extended technical condition, we are on the look out for technical reversal patterns.

The Dollar Index’s latest leg down began five weeks ago from around 94.00. It approached 90.00 in recent days and has chopped as high as 91.00. The RSI, MACDs, and Slow Stochastics are still moving lower on both the daily and weekly studies. The move below last September’s low (~91.00) is significant and could be the last phase of the a five-part move lower from the start of last year. That said a break of 90.00 would strengthen the conviction of a move toward 88.40 to complete a 61.8% retracement of the Dollar Index rally beginning in mid-2014.

The euro, which is the largest component of the Dollar Index, has also appreciated against the US dollar for the fifth week. It is the longest streak since July-August last year. While speculators in the futures market have a record net and gross long positions, the technical indicators, on both the daily and weekly charts are not showing divergences or set to cross lower. The short-term market continues to prefer buying dips than selling rallies. The next important technical objectives are in the $1.25-$1.26 area. A break of $1.2165 would suggest the momentum may be flagging, but it may require a push below $1.2100 to spur some a bout of profit-taking.

The dollar posted a potential one-day reversal pattern (outside up day) in the middle of the week against the Japanese yen. Those gains ended a six-day losing streak for the greenback. While there was some follow-through buying the following day, the market sold into the dollar’s bounce and it fell in the last two sessions of the week. The JPY110.00-JPY110.15 area is technically important, and a break could signal loss toward JPY109, which has not been seen in four months.

Sterling made a marginal new high before the weekend, but the disappointing retail sales sent it lower. The shooting star candlestick pattern is bearish, but no important technical levels were breached, even the previous day low near $1.3800. In fact, sterling held above the five-day moving average (~$1.3835), which it has not closed below for more than a week. We suspect a break of around $1.3760 is needed to signal something more than a flattish consolidation. The daily and weekly technical indicators have not turned lower and many are talking about a $1.40 objective.

The Australian dollar tested $0.7500 a little more than a month ago and it reached a high near $0.8040 ahead of the weekend before pulling back to close a little below $.8000. Like sterling, the Aussie traced out a shooting star candlestick pattern with its weak close. Initial support is seen in the $0.7940-$7960 area. The technicals are stretched. The RSI is elevated but no longer trending higher and the MACDs can turn down in the coming days. However, the weekly technical indicators are still constructive. While $0.8100 is the next immediate upside target, the $0.8260 area corresponds to a 38.2% retracement of the Australian dollar’s slide from the 2013 high near $1.06.

There was some unusual and volatile activity just before and after the Bank of Canada became the first major central bank to change in 2018. The US dollar held the low from January 5 near CAD1.2355. It may be early to talk about a potential double bottom until the US dollar goes through the CAD1.2520 high seen on the day of the rate hike, which also coincides with the 20-day moving average (~CAD1.2515). It finished the week, just below CAD1.2500. The daily RSI and MACDs suggest the greenback’s technical tone is poised to improve. The US dollar exceeded the 61.8% retracement of the September through mid-December rally (~CAD1.2390), but it did not manage to close below there, also suggesting the downside momentum may be easing.

Oil snapped a four-week rally. WTI for February delivery fell 1.5%, the largest drop since in a little more than a month. The 1.8% decline inBrent is the largest in three months. There is a small bearish divergence in the RSI and Slow Stochastics of the February WTI contract, and the MACDs are poised to turn lower early next week. The initial technical target is near $61.50, which coincides with the 20-day moving average and the 38.2% retracement of the gains since mid-December.

The US 10-year yield rose to nearly 2.67% ahead of the weekend, the highest level since 2014. The recent auctions, including the 10-year TIPS, have generally seen robust demand. Yields have fallen only one session in each of the three weeks so far this year. The technical indicators on the March futures contract are extended, but further losses cannot be ruled out. A move above 123-05 would suggest a near-term low may be in place.

In the holiday-shortened week, the S&P 500 alternated between advances and declines but managed to finish the week with 0.85% gain. It is the third consecutive weekly advance. Since the third week in November, the S&P 500 fell in only one week and that was the last week of the year. In each session last week, the S&P 500 stalled in the 2805.8-2807.5 range, but recorded higher lows. This chart pattern is often seen as a continuation pattern. The RSI flat-lined over the past week and the Slow Stochastic appears to be crossing over. The MACDs are still rising, but at levels now seen in over a decade. Growth is still leading value. The Russell 1000 Growth Index rose 1.15%, while the Russell 1000 Value Index rose 0.5%. Both have risen each week this year, but the Growth Index is up 6.1% and the Value Index is up 3.8%.