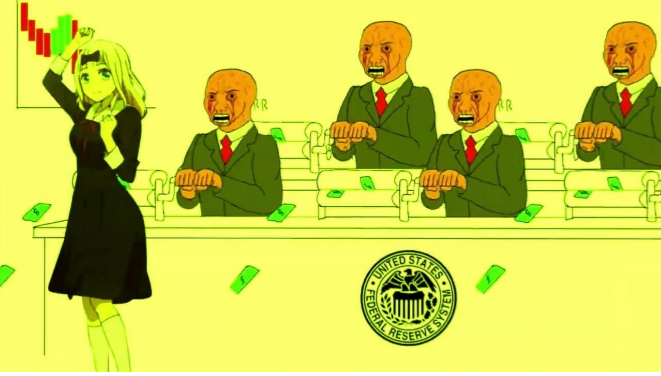 Motto: 6 months from now, the US economy will be far uglier

Some people believe that the Federal government printing money like crazy amounts to a recovery. In reality, all this so-called help is destroying the US economy , is destroying the dollar and is distorting the job market.

The economy is far worse now than it was before covid, and the government is the actual disease, not the cure. The US government, not covid, shut down the economy, and the Federal Reserve is now doing the helicopter money thing.

A small amount of the newly printed money is handed out to people via stimulus and enhanced unemployment checks, but the vast majority of the cash flow goes to the banks at less than 1% interest rate, and the banks make a killing lending it at 5-15% to the goyim et al.

We are now in a situation where everyone produces less than before, but wants to spend more, and real economic growth was replaced by money printing and “financial instruments”. What are we ultimately looking at is inflationary depression.

However, I believe that inflation will not result in visible economic collapse short term. Even if the economy has already collapsed, the US government is kicking the can down the road, to make it not that obvious to the sheeple.

More precisely, inflation is not going to ruin the economy short term, and government debt will not crash the stock market. What are we looking at in the future is a soft landing in the trash bin of history, once the supply chain issues are ironed out and the enhanced unemployment benefits expire in September.

I don’t believe that we will live hyperinflation times, Weimar Republic style; all the new money the government is pumping out like crazy are being parked in real estate debt and worthless stocks (plus crypto, don’t forget crypto).

It’s all part of a diabolical plan to destroy the US dollar and collapse the economy in slow motion via an infinity bubble strategy. Obviously, this cannot last for infinity, nor is intended to last for infinity, but that’s how this shitshow is sold to the goyim.

My bet is that the infinity bubble strategy will certainly last for several years.

The main goal of this engineered societal collapse is two pronged: first, the (essentially white) middle class is getting robbed of their wealth via insane money printing and massive bubbles, while preventing hyperinflation. Then, the elites can trigger a hyperinflation event at the moment of their choosing, by using mass media to tell people start selling their stock, which will dump a shitload of money into the economy.

However, as long as people are stupid enough to continue to believe that stocks can be worth hundreds or thousands of times the annual earnings of a company, and as long as people continue to take out debt to purchase property that is doubling in price every six months, this can just keep on rolling.

By the way, the wealth of the middle class is already disappearing rapidly:

There’s so much money printing, that it must spill out somewhere, right? 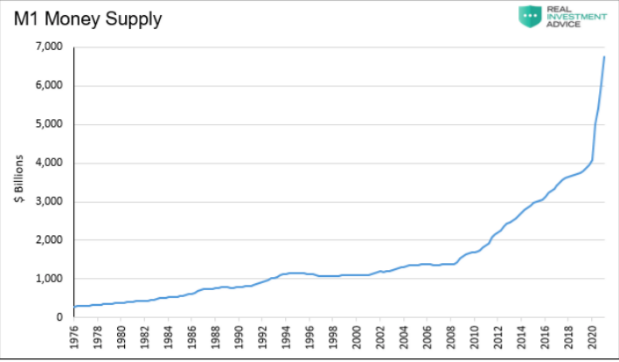 All these graphs are telling me that the dollar is already worthless theoretically speaking, and the economy has already collapsed, but the clowns running the circus have come up with a clever scheme to prevent anyone getting wise about it.

And when they decide they want to cause a total collapse, they can do it at a moment’s notice. The stock market runs on faith, which is being created by the media.

And there’s nothing holding up this crap economy other than faith.