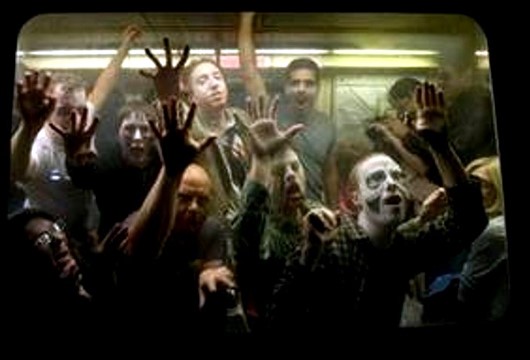 “Anyone who bought stocks in mid-1929 and held onto them saw most of his or her adult life pass by before getting back to even.”

“Ordinarily, the financial risk in a market, and hence the risk to the economy at large, is limited because the assets traded are finite. There are only so many houses, mortgages, shares of stock, [bars of gold], bushels of corn or barrels of oil in which to invest.

But a synthetic instrument has no real assets. It is simply a bet on the performance of the assets it references. That means the number of synthetic instruments is limitless, and so is the risk they present to the economy. Synthetic structures referencing high-risk mortgages garnered hefty fees for Goldman Sachs and other investment banks.  They assumed an ever-larger share of the financial markets, and contributed greatly to the severity of the crisis by magnifying the amount of risk in the system.

Increasingly, synthetics became bets made by people who had no interest in the referenced assets.  Synthetics became the chips in a giant casino, one that created no economic growth even when it thrived, and then helped throttle the economy when the casino collapsed.”

“From the least to the greatest, all of them are greedy for unjust gains;
and from prophet to priest they all deal falsely.
They have treated the suffering of my people carelessly,
saying, ‘all is well’ when there is no safety.
They act shamefully, they commit terrible offenses;
and yet they are not ashamed,
and do not even know how to blush.
Therefore they shall fall among those who fall.” 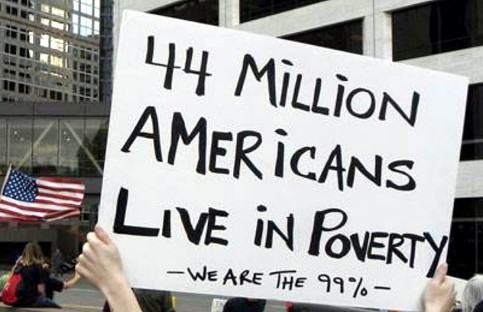 “Easy is the descent into hell;
The door to death and darkness stands open, day and night.
But to retrace one’s steps, to return once more
to the pure clean air, and cheerfulness and life:
That is our task, that is our true labour.”

“Anyone who bought stocks in mid-1929 and held onto them saw most of his or her adult life pass by before getting back to even.”

Maybe it won’t be so bad this time.   The Fed does own a printing press, and the rationales for using it freely are becoming increasingly persuasive to those who would deceive and be deceived.

Gold and silver may have found a bottom here, now that the antics of the bank which has been driving prices lower to make good on their short bets are almost done.

The available physical supply at these prices has continued to tighten, especially for gold.

Stocks are soaring to highs.   Or as Bloomberg noted today, stock buybacks from corporations flush with tax cut money are fueling an ‘endless rally.’

“If individuals aren’t enthusiastic, who’s buying stock and pushing prices up? It’s impossible to know precisely, but one set of usual suspects is clearly doing a lot of the heavy lifting: corporations themselves. They’ve had plenty of profits in recent years, which have been boosted by federal tax cuts, and have used a chunk of them to buy back their own stock. Share repurchases rose 22 percent in the first quarter, to an estimated $270 billion, according to Bank of America Corp., easily eclipsing the amount of money withdrawn from mutual funds. That companies don’t see more opportunities to invest in their actual businesses—say, in factories and research and development—instead of shares may be a bad omen for growth, but for now it’s keeping the party going.” 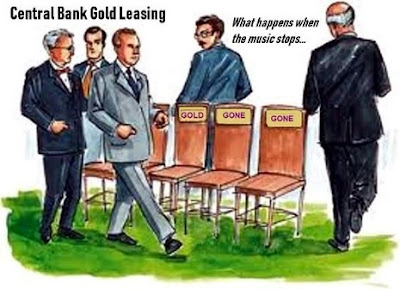 This could be quite impressive, both in the extent of the high, and in the ferocity of its descent.

As I seem to recall, those who bought and held stocks in 1929 did not break even again until most of their life was past, in the 1950’s.

Have we truly given ourselves and our childrens’ futures over to such reckless and arrogant characters?   It appears to be so.

Sooner or later a crash is coming.  And it may be terrific.

What has been hidden wll be revealed.  What is secret will be made known.

From our oasis to yours, have a pleasant weekend. 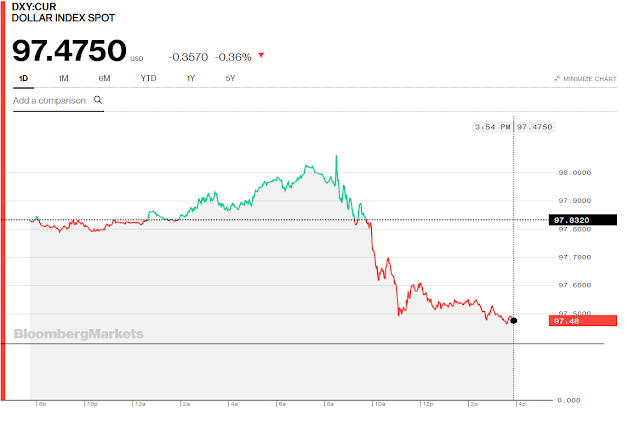 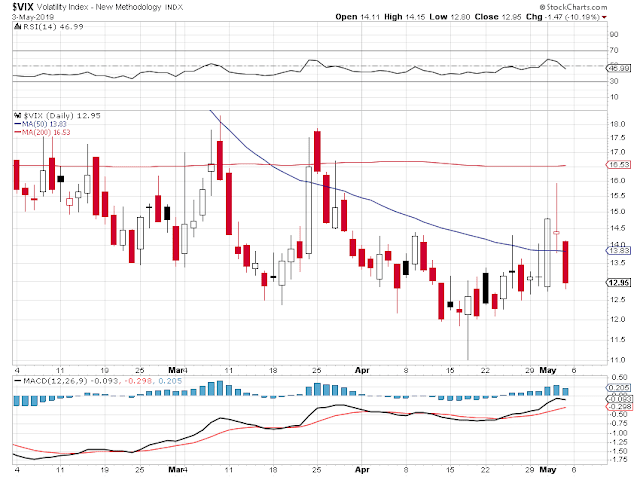 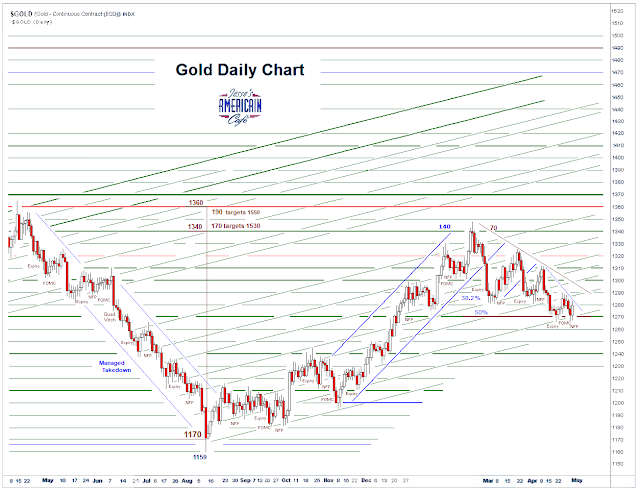 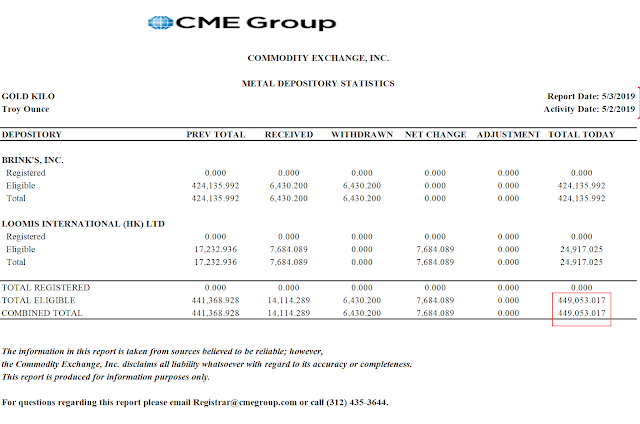 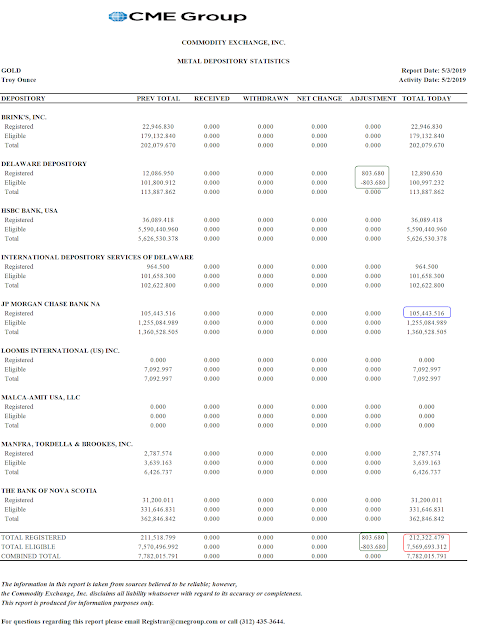 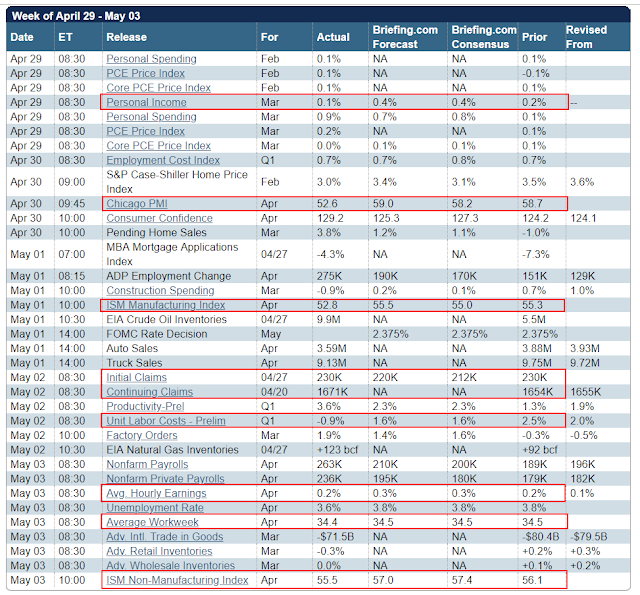 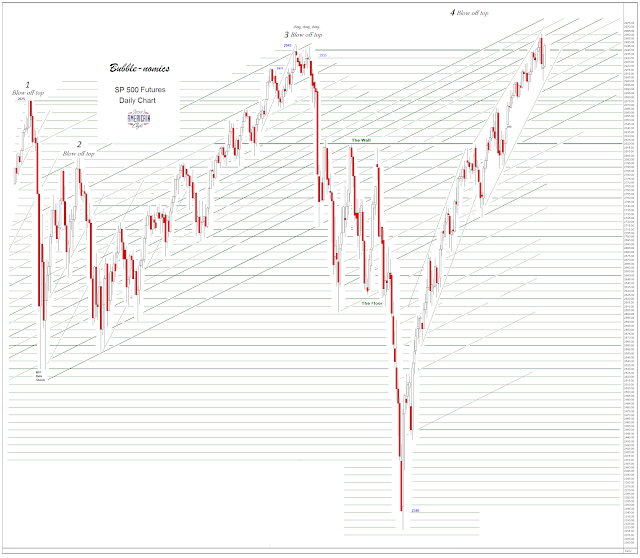 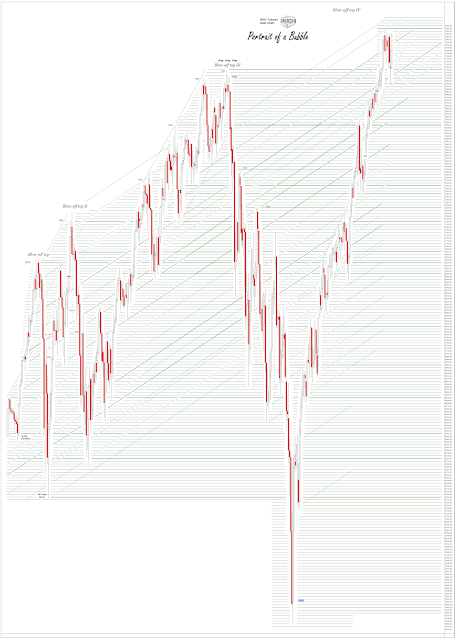