Many researchers have pointed to the connection between the birth of the European Union, its increasingly Draconian policies, and the machinations of what some have referred to as a “Fascist International.”

Indeed, prior to the end of WWII, the Nazis/Fascists started preparing contingency plans for their inevitable loss, and one of those plans was explicitly to “morph” their movement into a European Federation with a “new” Germany at the helm.

That’s precisely what has unfolded since the end of WWII.

For those who are interested in this fascinating topic, I highly recommend the following books by Joseph Farrell: 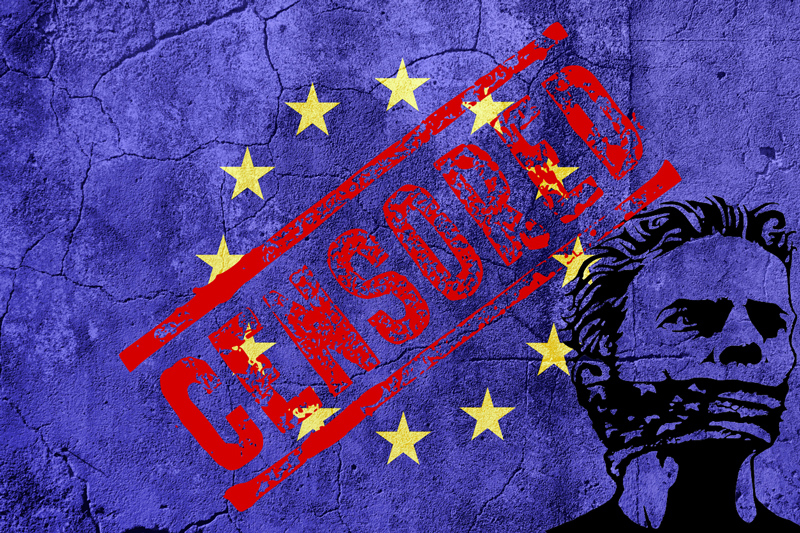 The EU has launched a comprehensive Action Plan against Disinformation. Its purpose, according to a recent press release from the European Commission, is apparently to “protect its democratic systems and public debates and in view of the 2019 European elections as well as a number of national and local elections that will be held in Member States by 2020”.

See also  Doctors and Nurses In Charlotte, N.C Protest Against Mandatory Vaccines Or Lose Their Jobs.

In June 2018, leaders of EU member states had met in the European Council and invited the European Commission “to present… an action plan by December 2018 with specific proposals for a coordinated EU response to the challenge of disinformation…” It is this action plan that the Commission presented to the public on December 5.

Crucially, and as mentioned above, the Action Plan relies on the previously introduced, Code of Practice on Disinformation, which the online tech giants — Facebook, Google, Twitter and Mozilla — signed in October 2018. The Code of Practice is necessary, because, according to EU Commissioner for the Security Union Sir Julian King:

“The weaponisation of on-line fake news and disinformation poses a serious security threat to our societies. The subversion of trusted channels to peddle pernicious and divisive content requires a clear-eyed response based on increased transparency, traceability and accountability. Internet platforms have a vital role to play in countering the abuse of their infrastructure by hostile actors and in keeping their users, and society, safe.”

In September, Commissioner for Digital Economy and Society Mariya Gabriel saidabout the Code of Practice:

“This is the first time that the industry has agreed on a set of self-regulatory standards to fight disinformation worldwide, on a voluntary basis. The industry is committing to a wide range of actions, from transparency in political advertising to the closure of fake accounts and demonetisation of purveyors of disinformation, and we welcome this. These actions should contribute to a fast and measurable reduction of online disinformation. To this end, the Commission will pay particular attention to its effective implementation.

“The Code of Practice should contribute to a transparent, fair and trustworthy online campaign ahead of the European elections in spring 2019, while fully respecting Europe’s fundamental principles of freedom of expression, a free press and pluralism.”

According to Andrus Ansip, Vice-President responsible for the Digital Single Market, the Code of Practice and the Action Plan against Disinformation are meant “to protect our democracies against disinformation. We have seen attempts to interfere in elections and referenda, with evidence pointing to Russia as a primary source of these campaigns.”

EU foreign policy chief Federica Mogherini stated: “It’s our duty to protect this space and not allow anybody to spread disinformation that fuels hatred, division, and mistrust in democracy.”