via The Future of Freedom Foundation:

“What do you have to lose?” Such was the grand sum total of Donald Trump’s appeal to minority voters in his presidential campaign. Essentially, “Yes, I have nothing to offer you and don’t care about you, but how well are you doing having voted for Democrats decade after decade?”

It’s seductive, in a small way; “If you don’t vote for me, you can’t blame me when things go wrong for you. I don’t owe you anything. You didn’t vote for me. But if you do vote for me and your life doesn’t improve, then you have someone to blame.”

With the Fed, Americans have a reliable and fair target at which to level their criticisms in times of financial crisis. Likewise, when stock and housing bubbles form, those who benefit from these overvaluations should thank the Fed for its policies that create them.

The larger problem is that while a vote for Donald Trump has an effective life of four years, no citizens voted for the Fed and we have no power to vote it out.

As Richard Ebeling argues below, as it is increasingly used to enrich the private parties who own it (and never forget, the Fed is privately owned by extremely wealthy families and banks) at the expense of the vast majority of American citizens, short of out and out revolution and near constitutional-level reform, what is to be done? 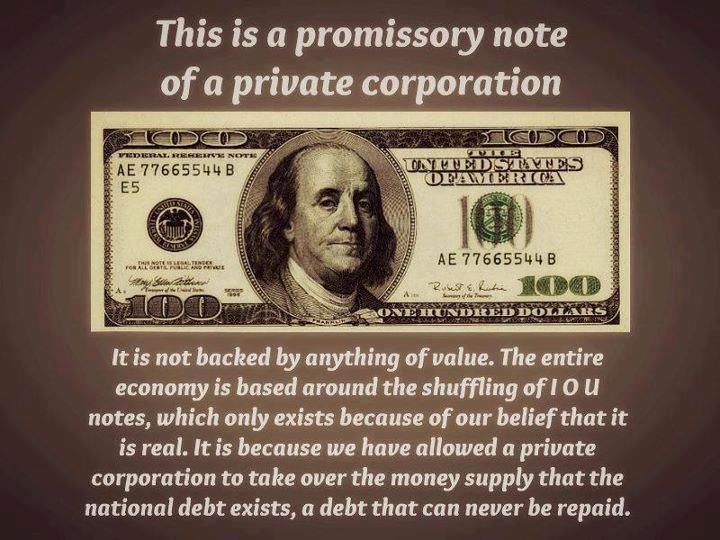 It is not a matter of whether or not Bitcoin or other forms of cryptocurrencies end up being the market-chosen money or monies of the future. What is the fundamental issue is: monetary central planning – with its embarrassingly awful one hundred year track record with paper monies – or getting government’s direct or indirect hand off the handle of the monetary printing press.

Governments cannot be trusted with this power and authority, whether it is done directly by them, or through their appointed central banks. Back in 1986, Milton Friedman delivered the presidential address at the Western Economic Association.

Public Choice theory – the application of economic reasoning to analyze the workings of the political process – had persuaded him that the short-run self-interests of politicians, bureaucrats and special interest groups would always supersede the goal of long-run monetary stability, with the accompanying pressures on those in charge of even presumably “independent” central banks.

In this article and others written by him around the same time, Friedman never went as far as calling for the abolition of the Federal Reserve or a return to a gold standard. But he did say that, in retrospect, looking over the monetary history of the twentieth century, it would have been better to never have had a Federal Reserve or to have gone off the gold standard.

The traditional criticisms of the costs of a gold standard, he said – mining, minting, storing the gold away, when the resources that went into all this could have been more productively been used in other ways – paled into almost insignificance compared to the costs that paper money inflations and resulting recessions and depressions had burdened society.

ORIGINAL SOURCE: The Myth that Central Banks Assure Economic Stability by Richard Ebeling at The Future of Freedom Foundation on 5/29/18