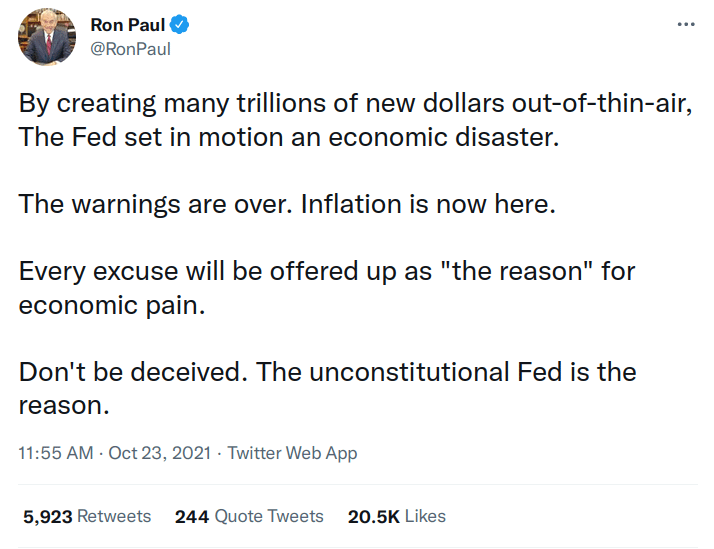 What is important to note is that the Federal Reserve is a private system with private stockholders. The money trust of the 19th century has been granted a legal monopoly while almost all other industry is subject to the Sherman Antitrust Act. It is monopoly, and monopoly requires political power to keep in place. It is also noteworthy that writing on the Federal Reserve glosses over the private ownership, yet the very aspect of the Federal Reserve that needs to be publicly discussed is its private nature, who owns what and what advantages accrue to ownership.

The Tyranny Of The Federal Reserve by Brian O’Brien (2015)

In 1912 during the height of the debate about monetary policy in the United States before the Federal Reserve Act was passed, a Midwestern attorney named Alfred Owen Crozier published a book titled U.S. Money vs. Corporation Currency. In his book, Crozier suggested that the Panic of 1907, which had caused such fear and misery, had been engineered by Wall Street bankers to scare the government and the people into accepting the monetary reforms that the bankers craved. The bankers had a plan, called the Aldrich Plan named after its backer Senator Nelson Aldrich, to create a central bank that they said would put a stop to crises like the Panic of 1907. But Crozier called the Aldrich Plan a “money trust” that would give Wall Street control of the bank reserves of the American people. He warned us that Wall Street bankers were attempting to seize control of the American money supply for private profit and power, and if they were successful, no good would come of it for American workers, farmers and small businessmen.