The Global Economy Is Slowingt.co/F1wuhNPhRP 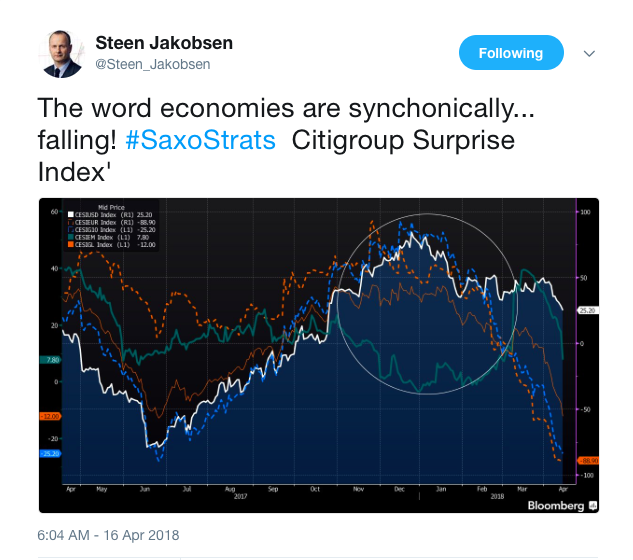 The Moment You Realize the Crash Is Happening, It’s Already Too Late

No matter how many times it happens without near-term warning, it’s human nature to think we will somehow intuitively know before the next crash takes place.

We never do. And when market liquidity vanishes with nanosecond speed and the freefall is nearly instantaneous, there is hardly time for even panic to set in. It is already too late. And with ever greater volume being traded by machines who can react far faster than any human, the next crash will likely be further exacerbated, of a magnitude the likes of which we have never seen.

Today, systemic risk is more dangerous than ever. Each crisis is bigger than the one before. Too-big-to-fail banks are bigger than ever, have a larger percentage of the total assets of the banking system and have much larger derivatives books.

New automated trading algorithms like high-frequency trading techniques used in stock markets could add to liquidity in normal times, but the liquidity could disappear instantly in times of market stress. And when the catalyst is triggered and panic commences, impersonal dynamics take on a life of their own.

These kinds of sudden, unexpected crashes that seem to emerge from nowhere are entirely consistent with the predictions of complexity theory.

In complex dynamic systems such as capital markets, risk is an exponential function of system scale. Increasing market scale correlates with exponentially larger market collapses. This means that the larger size of the system implies a future global liquidity crisis and market panic far larger than the Panic of 2008.

See also  Broken Transmission: Bank Deposits Have Exceeded Bank Credit Since Covid (The Phed Pneumonia And The Fauci Flu)
See also  Mannarino: The Economy Continues To FREEFALL, And The Worst Is Yet To Come…
1,929 views