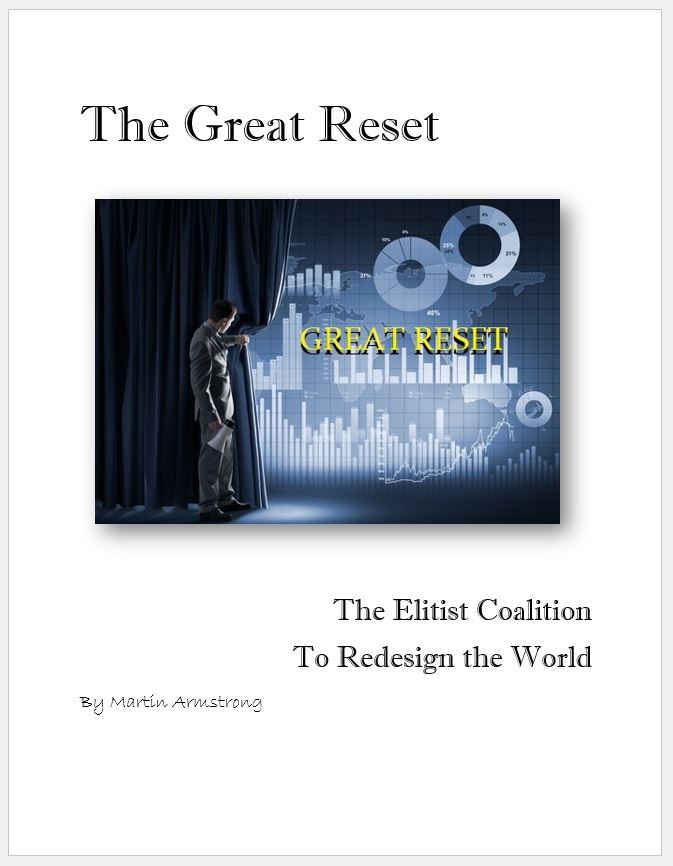 The rising civil unrest is starting to take notice of Bill Gates and his consortium hell-bent on changing the world economy. They have used the coronavirus as a ploy to shut down the world economy all for their Climate Change Agenda. There is a mountain of circumstantial evidence that points to Fauci funding the creation of this virus and transferring it to the Wuhan lab where neither China nor the United States leaked it, but this consortium which has planned this Event 201 on how to destroy the world economy and rebuild it from scratch. They are already introducing Guaranteed Basic Income, assuming they can wipe out over 300 million jobs and then pay people to sit home and watch TV, where they recreate the world in their own image which they are promoting as the Great Reset.

This has all been planned and it is being promoted by the infamous Davos — World Economic Forum. These people are all elitists who would never walk among us who they consider the great unwashed. They have unleashed domestic violence in the world and encouraged all the suicides by imprisoning people and stripping them of all human rights. Their view is that the world is overpopulated, so thinning the herd to save the planet is justified and not genocide and Bill Gates sees no problem that 700,000 people may die from his vaccine which is an acceptable risk for him. Meanwhile, they use the media to blame Trump for 100,000 deaths as if Gates’ vaccine would save them.

Countries like Thailand saw their tourist trade collapse and countless food lines, all for a fake virus. These elitists have used the press to terrorize the people to achieve their goal to recreate the world economy as “greener, smarter, and fairer.” The World Economic Forum is promoting a Marxist agenda with a 50-page manifesto organized by the communist Thomas Piketty. The Forum promotes a new Marxist world, calling upon Piketty’s “urgent new message on how to fight inequality” where they want to attack anyone with wealth. Their proposal for Europe is to increase taxation by 400%!

Karl Marx tried this before and over 200 million people lost their lives. This is what Socrates has been forecasting — the destruction of Western Society. This new report puts the faces behind the plot and this is the fight between human rights and oppression.