THEY TURNED THEIR BACKS ON THEIR OWN SON! POLITICS FIRST: LEFTIST PARENTS Of Former Combat Marine Running For GOP Senate Seat Max Out Donations To His DEMOCRAT Opponent 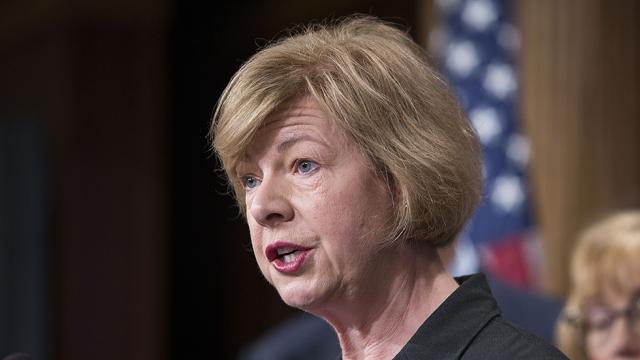 The parents of GOP Senate candidate Kevin Nicholson have maxed out their campaign contributions to the Democrat he’s challenging, CNN reported Monday.
www.cnn.com/2018/02/12/politics/kfile-kevin-nicholson-parents-donations/
Each of Nicholson’s parents gave $2,700 to Sen. Tammy Baldwin’s (D-Wis.) campaign in December, the largest amount they can give during the Democratic primary.
thehill.com/people/tammy-baldwin
Nicholson’s mother, Donna, has been documented as giving thousands of dollars to Democratic candidates over the years. However, this is the first gift either of his parents have made to Baldwin’s campaign since Nicholson announced his own bid.
“My parents have a different worldview than I do, and it is not surprising that they would support a candidate like Tammy Baldwin who shares their perspective,” Nicholson said in a statement to CNN.
“I’m a conservative today not because I was born one, but because of the experience I earned as a Marine in combat, my experience as a husband and father, my choice to be a Christian, the schools I chose to attend and the decision to pursue the career that I have,” he continued.
“Regardless of who may disagree with my life decisions, I would not trade these experiences for anything, and they will always guide my views as Wisconsin’s next U.S. Senator.”
Nicholson announced in July that he would be running in the GOP primary for Baldwin’s seat.
He faced questions about his political views over his past position as president of the College Democrats of America and his speech at the Democratic National Convention in 2000.
However, Nicholson told Politico last year that he permanently changed parties after he served in Iraq in 2007.
www.politico.com/magazine/story/2017/09/22/kevin-nicholson-wisconsin-republican-senate-2018-former-democrat-215631
“I knew what we were doing there,” he told Politico. “We were stabilizing that country. We made incredible amounts of progress. And what I was hearing back home was a complete and absolute lie, as politicians were running around calling it a failure.”
thehill.com/homenews/campaign/373536-gop-candidates-parents-make-max-donations-to-his-dem-opponent
The left is truly insane.
Michael Savage was correct. Liberalism IS a mental disorder.