“No, I quite approve of terror, arson, murder, any tool that serves the revolution.” – Nicholas and Alexandria 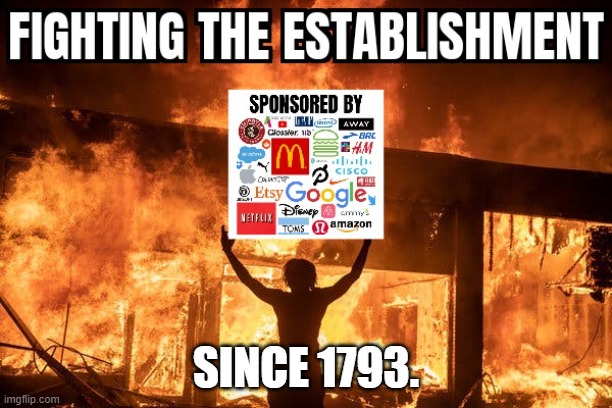 The Russian Revolution had big goals:  they aimed for the Tsars.

In last week’s post about the Woke Military driving out the obviously patriotic Lt. Colonel Lohmeier (Woke Military Kicking Out (More) Officers), I replied in the comments:

“I hope that they start recruiting from mental institutions, prisons, and inner-city Minneapolis.”

This was actually an attempt at a joke – it’s a riff on a line from Baseketball, the 1998 Zucker Brothers/Trey Parker/Matt Stone movie which is a staple around our house on Saturday nights.  The original line from the movie is: 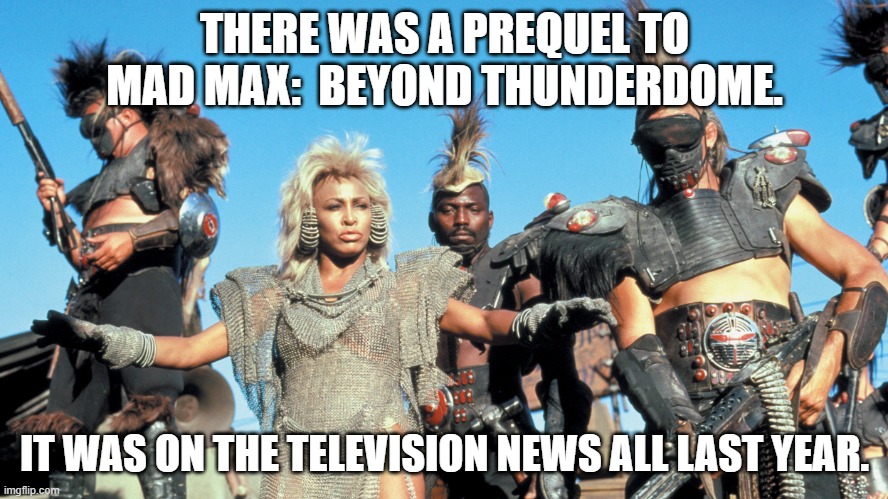 When they film a post-apocalypse movie in Detroit, they have to use CGI to repair buildings.

I didn’t use Texas, because I like Texas and Texans, so I picked Minneapolis because I think it’s on its way to becoming a quaint “Detroit on the Mississippi” where the primary source of amusement is Thunderdome Friday nights.  Large Marge, a frequent commenter, called me on this quip (edits only in formatting):

A)  Military recruits from prison

I am a former Corrections Officer.
I worked at three penitentiaries . . . including a max.

Although better people than me might question their primary loyalties — gang/club? or Constitution? — I would expect them to continue to hone their adaptive skills in a military setting.

In fact, I would anticipate them quickly establishing a hierarchy and running the joint in no time… while eliminating slackers.  Anybody they cannot eliminate, they recruit.  No middle ground, no spectators.

Two of my ‘adopted’ sons are also Corrections Officers.  Both are Marines, one was a SEAL.  Intelligent, competitive, dedicated, observant.

Ask around, you may discover your assumptions to be the opposite of reality.
And assumptions can get somebody hurt.

B)  Military recruits from inner-city slums

Happens daily.  Pigment is no guarantee of inbred stupidity or ineffectiveness, however, it is a guarantee of tribal acceptance.

Anybody not in the tribe is prey:

If you are alone, they are five.

If you are five, they are a faceless two hundred in a spontaneous leaderless non-thinking swarm . . . they act, then disperse into nothingness.

Similar to recruits from prison, these folks are effective at violence and intimidation.
Just do not expect complex thought processes resulting in traditional long-term ‘White Collar’ crimes.
Complex planning is not required for crimes of opportunity.

C)  These A and B elements are not exclusive.

See also  "...its' stupidity. you have to graduate from STUPID school to even think of stuff like that."

Flyers can ruin your afternoon.

Large Marge is, of course, right in every respect.

The first point is that the general attitude is that all of the Left is represented by the soy-boy weakness we see from the Left’s poster children.  It is not. 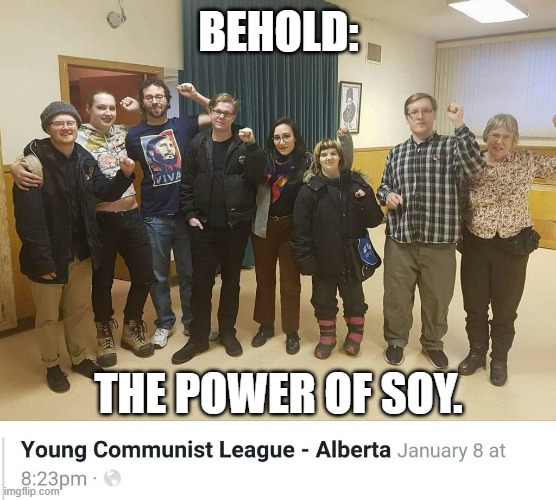 I love being around people like this.  I know that I can easily take their wallets and buy myself something nice with their parent’s money.

Leftism is about power, not rule of law.  What does that sound like?  It sounds like a gang hierarchy.  In truth, that describes the rise of most Leftist groups as they head for absolute power.

Need an example?  Joseph Stalin was a bank robber.  He was a kidnapper.  He ran extortion and protection rackets.  Undoubtedly he was a murderer before the Soviet Revolution ever began and he could update his rookie numbers into the big leagues.

Stalin was a thug.  When the Revolution started, he assumed a military command position and rose to prominence because:  he was ruthless and brutal.

Of course, the mincing idiots in the Alberta Young Communist League won’t be anything but grease between underneath the tank treads of the real Leftists.  If they were all that we faced?  The Revolution would be over as soon as the microwaves ran out of power to heat up the chicken tendies the Alberta Communist Party uses for food. 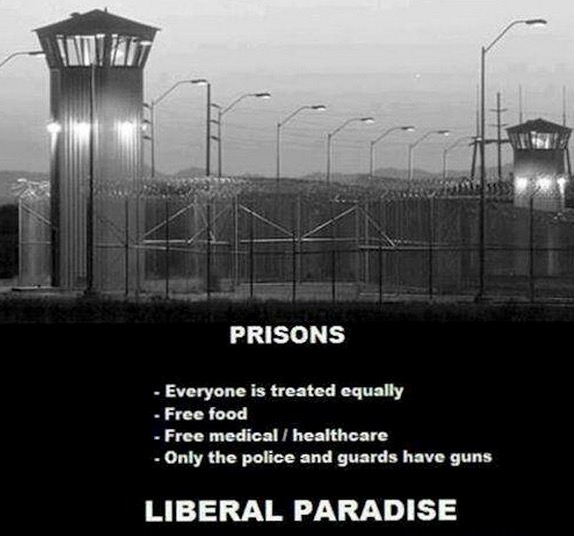 If you work at the prison library, it does have its prose and cons.

No, if the real Revolution starts, we’ll see the same here.  And the Left will recruit heavily from prisons.  How do we know this?  They’ve already started.

As I mentioned in the last Weather Report – the Chauvin trial wasn’t about Chauvin’s guilt – it was a planned political theater telling cops that the last thing they can do is attempt to arrest criminals.  Violent crime increase is the result.

Communist revolutions since the French Revolution have had the effect of bringing not the brightest and the smartest and the most virtuous to power, but the most bloodthirsty.  Stalin himself initiated purges to every possible threat to his authority for just this reason.

So, Large Marge is right on this point.  The people that the Left will put against America won’t be the weak that they put forward.  What they put forward will be determined by ruthlessness.  Say what you want about Stalin, but he wasn’t dumb.  And he wasn’t a nice cuddly grandpa – he left his own son to die in a POW camp during World War II rather than accept the offered trade for him. 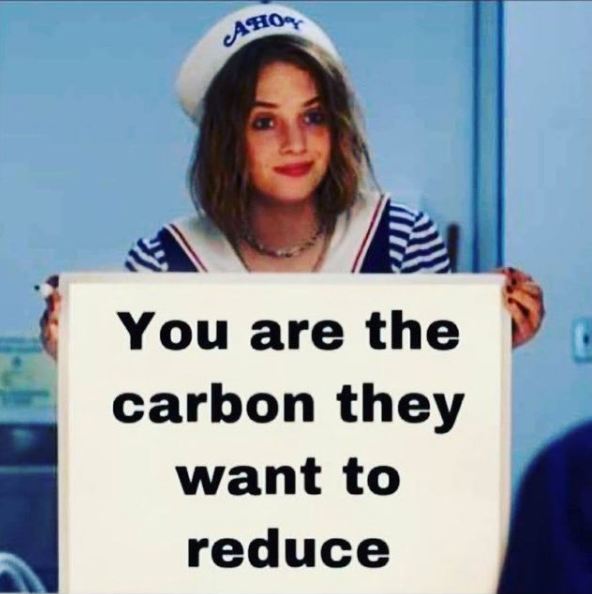 The leadership of the Left will also be determined by another factor:  loyalty to the Cause.  One of the hallmarks of Leftism is promotion to leadership positions of people who would never have been able to reach a leadership position under the old regime.  A prostitute as commissar determining who of the town’s leaders gets shot for perceived past grievances?  Why not?

In fact, it has always been the practice to find those who have failed in life to promote to power in Leftist countries.  The idea is that competence is less valuable than loyalty, and those who owe everything in life to their devotion to the party are bound to be the most fanatical. 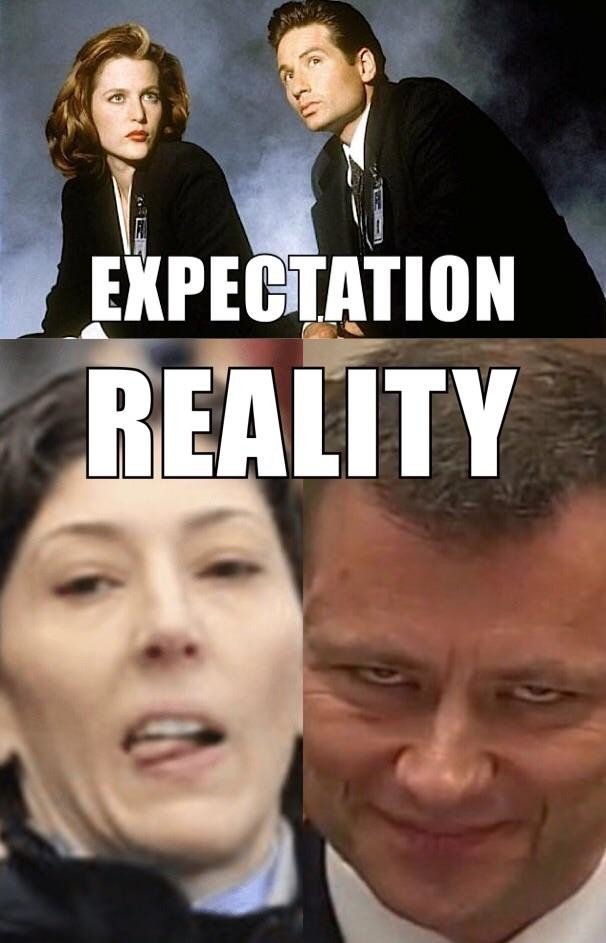 By the logic of the Left, Lt. Colonel Lohmeier had to be removed.  He was competent, but he wasn’t loyal, and never would be.  Why do that when there are dozens of Majors that you can promote who have seen the penalty for not being loyal?

On the Right, there is a desire for more incompetence in the forces that may be sent against the American people for the first time in over 155 years, but we may not get that.  The Majors that follow Lohmeier will likely be nearly as competent, but a whole lot more loyal.  That’s the official army.  Likewise, they’ll probably be working along with shock troops as bloodthirsty as the Leftists that performed atrocities in Paris in 1794, Russia between 1917 and 1933, China between 1949 and 1970, and Cambodia in the 1970s.

So, yeah.  My attempt at humor was just that, an attempt.  Large Marge is right.

This is a warning to all American people who love justice and the rule of law:  never, ever, underestimate your opposition.

(And, thank you, Large Marge, for catching my grammar errors so I can fix ‘em!)