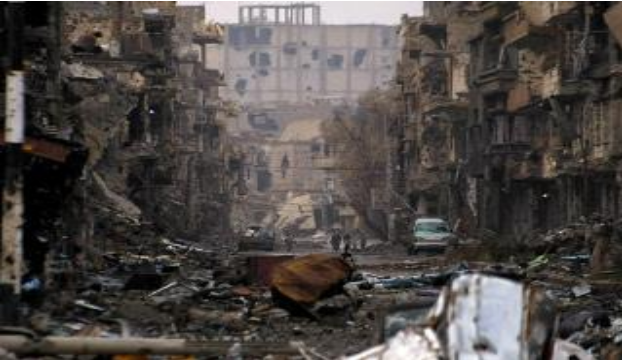 While the country is obsessing over the midterm elections on Tuesday, the military industrial complex rife with neoconservative nation builders has completed its hijacking of President Trump’s foreign policy. Instead of navigating a non-interventionist America First foreign policy, the president has hired warmonger John Bolton lobs bombs and sends troops to Syria based on faulty information of chemical weapons attacks. Is Trump appeasing the generals and neoconservatives in order to stay in power? Or has he fallen prey to their deadly designs? Either way, the situation in Syria is worsening on a daily basis because of the United States’ destructive policies in the region.

ISIS is destroyed? Then why are we still bombing Syrian towns and maintaining a troop presence in the wartorn country? A number of U.S.-led airstrikes in recent weeks are part of a disturbing trend of continuing death and destruction wrought by our military.

Last week, the U.S.-led coalition bombed targets located in the town of Al-Shafa in Deir ez-Zor. Two days before the airstrike, the coalition launched an attack that killed five civilians, including two children.

On Saturday, the state news agency Sana reported that another airstrike on the city of Hajin in Syria’s Deir ez-Zor province killed at least 15 civilians. The majority of the dead were women and children.

The Syrian Foreign Ministry has accused the U.S.-led coalition of violating international law with its murdering of innocent civilians, stating that the U.S. is not fighting terrorism in Syria. The accusation leveled on October 20 urged the United Nations to launch an investigation into an airstrike on Al-Sousa and Al-Bubadran in Deir-Ez-Zor, which killed 62 people and injured dozens more.

This strike was the second-such strike last month that resulted in the deaths of civilians. An October 18 attack on civilian homes in the same province was also carried out.

The obsession over the bloodsport of domestic politics has blinded the American public to the horrors that are still underway in Syria. It’s quite disturbing that our military leaders would rather continue to wreak havoc in the region instead of allow Syria, along with Iran and Russia, to bring some semblance of peace back to a place the U.S. has already done so much harm to, see 2003 invasion of Iraq, rise of ISIS, arming of Syrian “rebels” AKA terrorists.

At the epicenter of the carnage in Syria over the last year has been Raqqa, a city on the northeast bank of the Euphrates River about 100 miles east of Aleppo. Many civilians have perished here over the last 18 months and the city has been reduced to mostly rubble.

Christopher Black, an international criminal lawyer based in Toronto, wrote recently in Global Research, “what is clear is that almost the entire city was leveled primarily by American forces in what even Amnesty International calls, in the title of its report on the destruction of Raqqa: ‘War of Annihilation.’” Guess that’s what the Donald meant when he said he was gonna bomb the shit out of ISIS. He has done that and then some with hundreds of civilians now dead because of our war on terrorism tunnel vision.

The report Black mentions goes on to state:

“The four-month military operation carried out by the US-led Coalition to oust the armed group calling itself Islamic State (IS) from the Syrian city of Raqqa, killed hundreds of civilians, injured many more and destroyed much of the city…. Eight months on, the Coalition remains in denial about the human tragedy resulting from its military campaign and the victims have received neither justice nor reparation. Amnesty International is urging Coalition members to promptly and impartially investigate allegations of international law violations and civilian casualties. They must provide reparation to the victims and adequate assistance for the desperately needed demining and reconstruction work.”

Amnesty International found no information that would indicate a presence of ISIS fighters in the vicinity of the houses struck by U.S. forces. It appears that the women and children staying in the buildings in Raqqa had been there for some time but the U.S. failed to conduct ample surveillance to calculate the number of civilians that would be killed if they struck those buildings.

And it wasn’t just airstrikes. Amnesty International also stated that the U.S. Marines from the 11th and 24th Marine Expeditionary Units used heavy artillery mortars to rain down on the city. Tens of thousands of artillery shells were apparently launched into and around Raqqa in recent months, in addition to tens of thousands of airstrikes on the city. Amnesty International calculates that American planes carried out 90 percent of the strikes while the British and French did the rest. 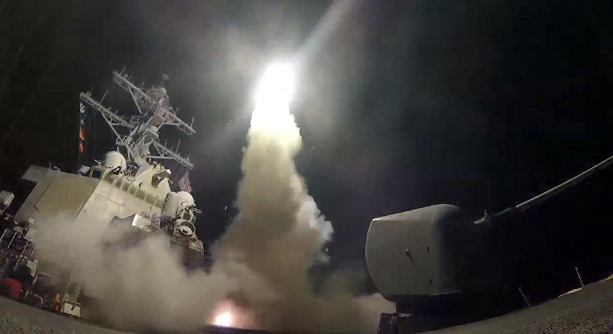 The situation in Raqqa could have been resolved peacefully and with much less loss of life. Offers by the Syrian and Russian governments to negotiate with the remaining ISIS forces were all rejected by the U.S. and its allies. We do not want peace. We want to win. No matter the costs.

About a year ago, the Syrian government issued a statement:

“Syria considers the claims of the United States and its so-called alliance about the liberation of Raqqa city from ISIS to be lies aiming to divert international public opinion from the crimes committed by this alliance in Raqqa province…. more than 90% of Raqqa city has been leveled due to the deliberate and barbaric bombardment of the city and the towns near it by the alliance, which also destroyed all services and infrastructures and forced tens of thousands of locals to leave the city and become refugees. Syria still considers Raqqa to be an occupied city, and it can only be considered liberated when the Syrian Arab Army enters it.”

As in World War II and the firebombing of Dresden, our military industrial complex refuses to be tethered by anything like international law, collateral damage, or sovereign governments. They will do what they please and distort the truth in its never ending pursuit of American imperialism through intimidation and destruction. And they definitely will never admit to doing anything wrong or inhumane. The ends always justify the means to them.

As in Hiroshima, Nagasaki, Korea, Vietnam, Yugoslavia, Iraq, Afghanistan, and most recently, Libya, America wages total war in its pursuit of obtaining its object no matter the costs or the loss of life. The U.S. has committed war crimes in Syria during the Trump’s time in office and we are continuing to anger the Middle East and much of the rest of the world with our utter lack of civility in foreign affairs.

Have you heard of these crimes committed in Syria by the American military? Is this the first you’re hearing about it? Or have you, like me in many ways, been too scared to catch up on what’s going on over there?

The truth is being covered up and the horrifying facts of the matter have been suppressed. The saddest part about this is even if the American public were aware of these atrocities being carried out by the U.S. and our allies, they probably wouldn’t even care. Furthermore, what could they possibly do about it? The military is above reproach and the Donald has proven incapable of standing up to them by changing course in Syria or Afghanistan or Russia.

The U.S. now appears poised to keep troops in Syria for the foreseeable future, keeping a military presence in Syria until Iran withdraws its forces.

“We’re not going to leave as long as Iranian troops are outside Iranian borders, and that includes Iranian proxies and militias,” said national security adviser John Bolton recently. We already have 2,200 American troops in Syria in the fight against ISIS in the eastern portion of the country. Bolton and Secretary of State Mike Pompeo are dangerous men to have at Trump’s side because they both would love to start a war with Iran in the Middle East. Who cares if that would trigger World War III? War is good for business.

And who can we thank for allowing ISIS to have the weapons they have? That’s right, President Barack H. Obama.

In Deir Ezzor, near the city of al-Mayadin, the Syrian Arab Army came across a large ammunition depot, which included 450,000 bullets. The ammunition had been left behind by ISIS terrorists after they lost the battle for the city to the SAA.

According to Syrian state media, this ammo had been supplied by the U.S. to Syrian militant groups, or “rebels,” which then sold it to ISIS. There have been a number of examples of U.S.-backed opposition groups that have cooperated with ISIS or were another offshoot of ISIS. The U.S. armed terrorists during the Obama administration and we are only now finally ridding Syria of these monsters of our own creation after many unnecessary years of death and destruction.

How many more have to die because America wants to rule the world and deny Iran and Russia any foothold in Syria? Why do we care about Syria so much? Haven’t we done enough damage already? Is there anything we can do to stop the bloodshed?