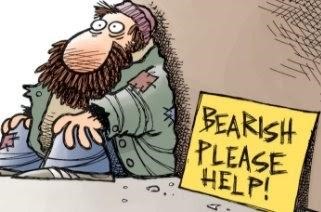 In recent weeks, there have been numerous technical analysts who have declared that the stock market has topped out and that we should prepare for tough sledding in the months and years ahead.  The problem is that we have been hearing dire warnings from practitioners of chart theory for more than ten years.  Over that span of time, every single bearish analyst has been dead wrong.  Not only didn’t the market collapse as they predicted, the stock market has climbed steadily to new heights.  Periodic short-term corrections along the way have had no serious impact on the uptrend.

Someone throwing darts in the dark would have fared better.  So, what went wrong?  Two factors more than anything else may account for the dismal performance of market technicians: (1) the steady growth of the Federal Reserve’s balance sheet and (2) manipulative high frequency algorithmic trading.

Technical market analysis is based strictly on market action (i.e. price movement and volume) as opposed to fundamental market analysis, which concerns itself with the factors that drive the market to change.  Technical analysis assumes that price movements are a reflection of everything that is known to the market that could have an impact on the market.  Prices fluctuate and move in patterns and trends that can be modeled using mathematical formulas.  Based on historical data, technical analysis uses mathematical equations to uncover patterns of market behavior and places a high probability that these patterns tend to repeat themselves on a regular basis.  At least, that is the theory.

What happens, however, if the data that technical analysts depend on does not reflect everything that is known?  What if the data; i.e. prices and volume, are corrupted by market manipulation?

Expansion of the Fed’s Balance Sheet Fuels a Bull Market

At this point in the bull market that began in March 2009, many market observers suspect or are convinced that the stock market is rigged.  One only has to look at the chart below to see the strong correlation between growth in the Federal Reserve’s balance sheet and stock prices to know that much of the market’s rise is fueled by the Fed.

The Federal Reserve propelled the market with their Zero Interest Rate Policy and Quantitative Easing programs.  Whether the Fed did so, by design or incompetence, is beside the point.  The result is the same.  The stock market is in lock-step with the growth of the Fed’s expanding balance sheet.  It is no longer a conspiracy theory; it is a conspiracy fact.  It’s either a conspiracy of wise guys at the Fed who work for the benefit of their wealthy benefactors or it’s a conspiracy of dunces who can’t find their ass with both hands and mirror.  Either way, the integrity of our marketplace has been undermined.

Technical analysts, who have confidently forecast a major correction since 2009, have lost their fight with the Fed and the tape because they failed to recognize that the underlying data upon which they base their analysis is being propped up by the Fed and, therefore, doesn’t reflect true value of the securities being traded.  In other words, technical analysts cannot see the forest from the trees when they use corrupt price and volume data as a basis for forecasting the future direction of the market.  In such an environment, the fundamental principle of market price discovery is violated.

In addition to the Fed’s powerful influence on the market, high frequency algorithmic (HFA) trading introduces distortions into our financial markets, especially as it relates to the performance of individual securities.  HFA traders can move stock prices and, hence, the market in any direction they want using computerized pump-and-dump strategies.  Manipulated prices mean the data, upon which technical analysts depend, is tainted and, therefore, the results they produce can be misleading.  Data generated in such a fashion does not reflect the true market forces of supply and demand.  HFA traders who engage in market manipulation place their thumbs on the scale of greed and fear, disturbing the balance.

Chartists can apply their craft to perfection but the results cannot be trusted because garbage in equals garbage out.  At best, the result of their analysis will be skewed, making the prediction of future market movements more of a crapshoot than a likely outcome.  As mentioned earlier, many reputable technical analysts have called repeatedly for a major stock market correction or even a crash based on a host of bearish indicators, which they have observed in chart patterns.  Time after time, they have been frustrated in their bearish forecasts as the stock market continues to defy the pull of gravity.  That’s what happens when HFA traders keep market prices elevated by manipulating the market through faceless computerized trading strategies.

Market technicians will continue to be frustrated when they attempt to read the tea leaves of manufactured data.  The bearish indicators and patterns, which technicians see in market charts, such as dojis, inverted hammers, haramis, spinning tops, topping tails, rising wedges, bear flags, falling moving averages, and death crosses are signals that lack predictive value in a distorted market. The data that generates these bearish signals is influenced by HFA traders in many cases.  Therefore, the data cannot be trusted as a basis for making recommendations or sound investment decisions.

Technical analysts accept what they assume to be data generated by a fair and open marketplace and then apply the tools of technical analysis as best they can.  After all, isn’t a fair and open marketplace, where securities are publicly traded, the cornerstone of our capitalist system?  Unfortunately, that is only true if our regulators enforce the rules to prevent anyone or any firm from gaming the system.  Technical analysts are not at fault, unless one blames them for accepting market data without considering the possibility that the data may not be reliable or trustworthy.  After all, technicians are not cops.

The SEC and CFTC regulators should have never allowed HFA traders to control the market as they do.  Market manipulation is illegal and has been that way since the 1934 Securities Exchange Act.  Because HFA trading is more than 50% of market volume, it is critical that the regulators make sure the rules of engagement are followed so there is a level playing field for all market participants.  If not, investors are at a decided disadvantage because the market lacks integrity.  HFA traders generate most of the volume, but volume does not translate into liquidity.  When HFA traders leave the market en masse, as they did briefly during the flash crash of 2010, liquidity leaves with them.  As a result, prices fall and they fall quickly and precipitously.

The integrity of our capital markets is under attack by a tiny group of traders armed with computers and algorithms, and no one is there to protect investors from their depredations.  It does not appear that the SEC and CFTC will address the root of the problem until they are forced to do so.  Unfortunately, it may take a major market crash to get them off dead center.  In the interim, technical analysts should recognize that market data could very well be compromised, which means the results of technical analysis would also be compromised.

In conclusion, technical analysts with a bearish view have been slaughtered since 2009 by an overly accommodating Fed and by the assault of manipulative HFA traders.  It’s hard to say when honest market forces of price and demand will return to our financial marketplace.  At some point, something will trigger a major market correction because markets have always worked in cycles.  Excesses must be wrung out the market from time to time because this is the nature of market discipline.  The trigger that ends the longest bull market run in American history could be as simple as the imposition of the law of averages or a reversion to the mean or gravity or sheer exhaustion.  One way or another, the market will wring out excesses, especially aberrant excesses that are man-made, as we have witnessed over the past eleven years.

In the meantime, any recommendations chartists make to clients should include the disclaimer that their analysis and, consequently, their conclusions and recommendations assume that market data is not rigged.

Perhaps, regulators will get the message.  If not, the market will drive home the message and it won’t be pretty.