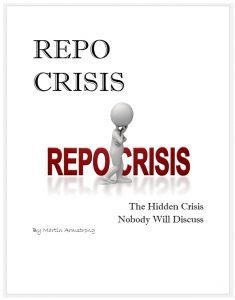 QUESTION: Marty; The goldbugs are back and claiming the Repo Crisis is MMT and this is again just printing money endlessly to cover up a major banking crisis in the USA so buy gold of course. You said at the WEC cocktail party this would happen because these people never understand the world economy. Is this because they are so fixated on the dollar crash to make gold viable?

Thanks for a great WEC. It was your best ever!

ANSWER: Of course, they will call this Quantitative Easing and Modern Monetary Theory. They are biased and in favor of gold, which makes them incapable of being real analysts. First, you must establish a base method of inquiry which cannot begin with a predetermined conclusion that all paper money is evil and gold is the only real money. Because they begin with this PRESUMPTION, they only look at things to support that predetermined outcome. They fail to provide the reason or support their proposition with historical evidence. They never provide any collective investigation that would put their expectations in question.

The Fed is NOT engaging in QE nor is it engaging in MMT. The Fed is standing in the middle because banks do not trust banks. The crisis is by NO MEANS in the United States. They also fail to grasp why the dollar is the world’s reserve currency, the hoarding of dollars globally, or what this crisis is even about. They interpret any increase in the quantity of money as inflationary. We have had more than 10 years of QE in Japan and Europe with no inflation, which proves their theory is WRONG. They will never address that reality and instead constantly argue gold will rally with QE.

I will do a special report on the Repo Crisis because it just seems people are using this crisis to sell nonsense and outright bullshit. They are so far off the mark about the cause of this crisis, as always, and it would be funny if they were not misleading people into risking their entire life savings. The banks won’t talk to each other and the central banks are living in absolute terror that the truth will come out and the world will just go nuts. 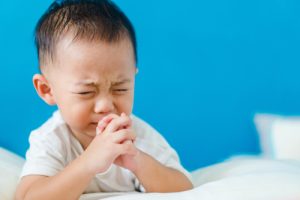 I always seem to be in the middle of every crisis. Not sure how this happens. I get calls asking me what have I heard because nobody will talk among themselves but somehow they come to me to ask what I have heard. I am writing the report now because it just seems imperative to explain the real cause that the press will never print. Nobody will talk and the central banks cannot dare utter a single word about the source of the crisis for fear of creating a political crisis. Even the heads of states are being left in the dark. Trump has called for negative interest rates because he does not understand the crisis because nobody is talking. All they can do is pray at the foot of their bed every night to PLEASE let this crisis pass. Sorry, your prayers will not be heard.