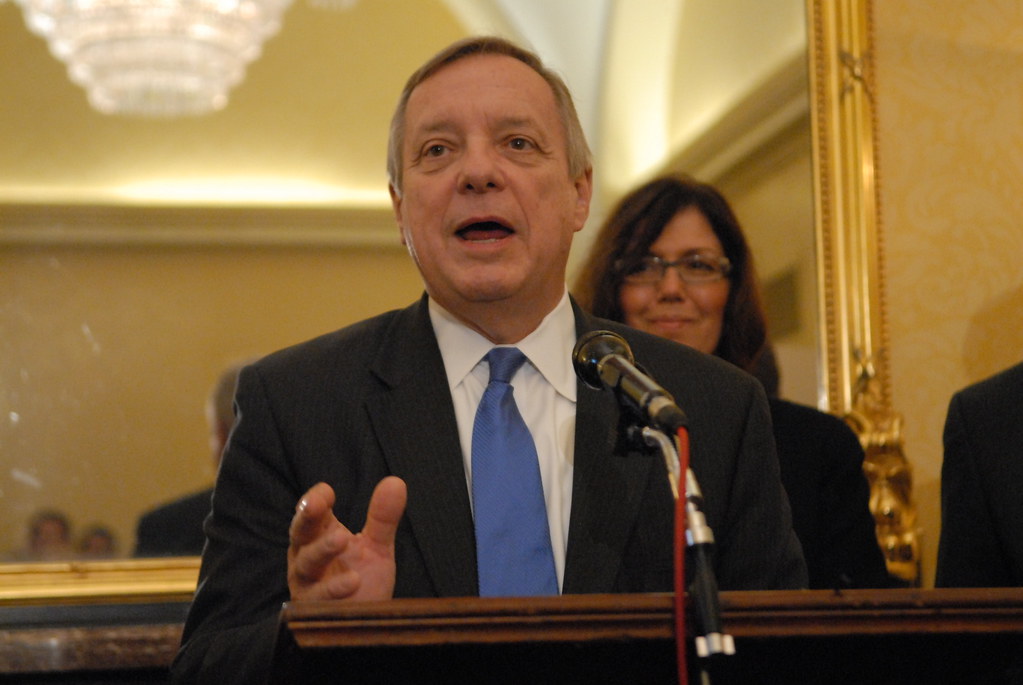 Is the entire narrative around Donald Trump’s alleged use of the word “Sh**hole” a Democrat plan to avoid losing in the battle for DACA? And have they just overplayed their hand? The “fortuosity” of Trump making such statements seems to have given the left the opportunity they need to refuse a deal on DACA, and still maintain what they see as the moral high ground. But is it all a scam?
News of Trump’s statements came out via Senator Dick Durbin, almost directly after a closed-door meeting that involved both parties on the future of DACA recipients and attendant scope of the possible deal. It is widely considered that the Democrats were in trouble over this situation; with their voter base expecting them to assure the stay of DACA recipients, but caught by the demands of President Trump to give something up n immigration reform.
Durbin’s statement allows them to say they are unwilling to work with a “racist.” We know it’s a lie and bluster, but they can still keep a straight face when they lay the blame at Trump’s door. They will, of course, be supported by the complicit media.
But was what Durbin stated actually the truth? According to everyone else in the room…It wasn’t.
Georgia Senator David Perdue speaking on ABC News flat out denied that these were the words the president used. He said:
“I’m telling you he did not use that word, George,” Perdue said. “And I’m telling you it’s a gross misrepresentation.”
Senator Tom Cotton was also quick to defend Trump. He wrote (in a joint statement):
“President Trump brought everyone to the table this week and listened to both sides. But regrettably, it seems that not everyone is committed to negotiating in good faith. In regards to Senator Durbin’s accusation, we do not recall the President saying these comments specifically but what he did call out was the imbalance in our current immigration system, which does not protect American workers and our national interest.”
Jeff Flake, no fan of the president, criticized language used without actually confirming or denying the use of the actual words Trump is being accused of.
As Perdue points out…There were six people in the meeting and only one of them is saying “Sh**hole.”
Is it possible that Durbin is doing this under instruction as a way for the Democrats to extricate themselves from a potentially embarrassing situation? It seems fortuitous for the left that Trump would say something so “inflammatory” at just the right moment for them to seize on.
The final decision on DACA must be made soon. Perhaps hindsight will give us a clearer picture of reality?