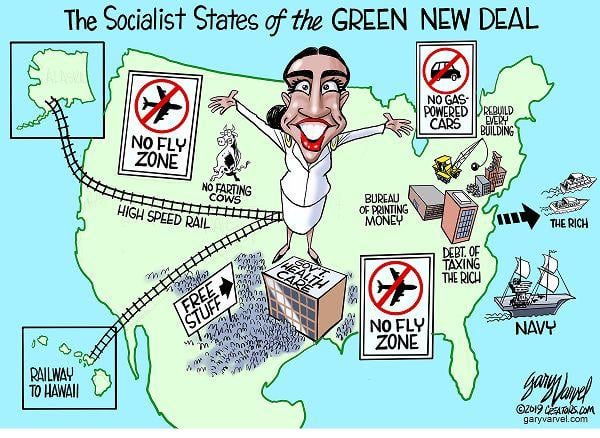 “And if you don’t have a name attached to it and you don’t misconstrue it. If they’re not taking away your hamburgers, or your cars or your planes, you have to — if you present it accurately, maybe there’s an argument,” Klein argued.

● “The authors state that the GND would like to replace every ‘combustion-engine vehicle’ — trucks, airplanes, boats, and 99 percent of cars — within ten years. Charging stations for electric vehicles will be built “everywhere,” though how power plants will provide the energy needed to charge them is a mystery.”

See also  When Society Collapses, Will The United States Be One Of The Best Places To Be Located?