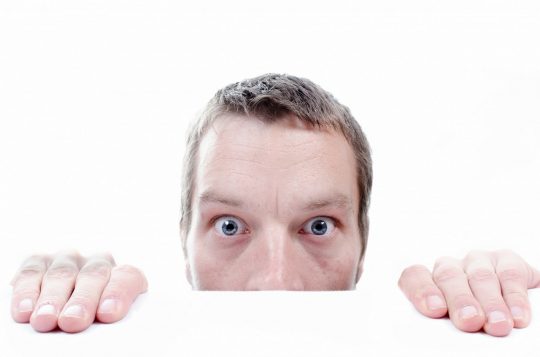 In the 9th largest economy in the world, the financial markets are crashing, and in the 21st largest economy in the world the central bank just raised interest rates to 65 percent to support a currency that is completely imploding.  While the mainstream media in the United States continues to be obsessed with all things Kavanaugh, an international financial crisis threatens to spiral out of control.  Stock prices are falling and currencies are collapsing all over the planet, but because the U.S. has been largely unaffected so far the mainstream media is mostly choosing to ignore what is happening.  But the truth is that this is serious.  The financial crisis in Italy threatens to literally tear the EU apart, and South America has become an economic horror show.  The situation in Brazil continues to get worse, the central bank of Argentina has just raised interest rates to 65 percent, and in Venezuela starving people are literally eating cats and dogs in order to survive.  How bad do things have to get before people will start paying attention?

On Friday, Italian stocks had their worst day in more than two years, and it was the big financial stocks that were on the cutting edge of the carnage…

Shares in Italian banks .FTIT8300, whose big sovereign bond portfolios makes them sensitive to political risk, bore the brunt of selling pressure, sinking 7.3 percent as government bonds sold off and the focus turned to rating agencies.

Along with the main Italian stock index .FTMIB, the banks had their worst day since the June 2016 Brexit vote triggered a selloff across markets.

Italian bonds got hit extremely hard too.  The following comes from Business Insider…

Bond markets are also suffering. The yield on the benchmark 10-year Italian bond jumped in Friday morning trading. Yields move inversely to price, with a higher yield reflecting an increased premium to hold the bond. The 10-year yield hit 3.22% in early morning trade, an increase of more than 10%.

So what sparked the sudden selloff?

Well, the new Italian government and the EU are at odds with one another, and the European elite were greatly displeased when Italy approved a new budget that was far larger than anticipated…

On Thursday night, six months after the government’s ascent to power, Italy’s populist coalition government of the Five Star Movement and the Northern League finally agreed on the key tenets of its first budget.

The coalition said in a statement they had agreed to set Italy’s budget deficit at 2.4% of GDP, an increase on the current level and far above the 1.6% that technocratic finance minister Giovanni Tria had lobbied for.

It is easy to criticize Italy, but what we are doing here in the United States is just as bad if not worse.

A new 854 billion dollar spending bill just got pushed through in D.C., and it is going to continue to explode the size of our national debt.  We are going down the exact same path that all of these other nations have gone down, and in the process we are literally committing national suicide.

Just look at what is happening in Argentina.  Years of wild spending have resulted in an economy that is deep in recession.  The Argentine peso has lost approximately 50 percent of its value so far in 2018, and in a desperate attempt to stop the bleeding the central bank of Argentina just panic-raised interest rates to 65 percent.

When interest rates are at 65 percent, you don’t really have an economy anymore.

What you have is an endless nightmare.

In an emergency move, the International Monetary Fund has agreed to increase the size of Argentina’s bailout to 57 billion dollars…

The International Monetary Fund and Argentina announced Wednesday an arrangement to increase resources available to the South American country by $19 billion.

The agreement, pending IMF Executive Board approval, would bring the total amount available under the program to $57.4 billion by the end of 2021, up from $50 billion.

That won’t be nearly enough to turn the situation around in Argentina, and the IMF probably knows that.

For a long time many of us have been warning of a coming global financial crisis, and now that day has arrived.

For a long time many of us have been telling you to keep a close eye on Italy, and now a day of reckoning for that very troubled nation is here.

And big problems are coming for the U.S. too.  Signs of imminent economic trouble just keep popping up, and it isn’t going to take much to push us into a new financial crisis that will be much worse than what we witnessed in 2008.