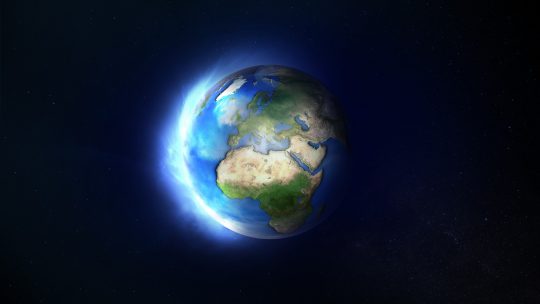 One trade war may be enough to push the struggling global economy into another recession, but the U.S. government has apparently decided that it is time to fight trade wars with pretty much all of the major economies around the world at the same time.  This is utter insanity, and it is going to have disastrous consequences that will be felt all over the planet.  Yes, we need to get tough on trade.  If you have followed my work for the last eight years, than you know that I have been a very strong advocate of protecting U.S. manufacturers and U.S. workers.  But these things have got to be handled delicately, because any significant disruption at this point could lead to an absolutely crippling global economic crisis.  Negotiating on an international level requires a great deal of finesse, because if you mess up it can have monumental consequences.  For example, one thing that you shouldn’t do is make an agreement with the second largest economy in the world and then tear it up less than two weeks later…

The odds of a messy trade war between the United States and China are rising again.

The Trump administration shocked the world on Tuesday by tearing up a truce with Beijing and announcing it would impose tariffs on $50 billion worth of Chinese goods and restrict Chinese investment in the United States.

Without a doubt China has been taking advantage of us for many years.  They have been slapping our goods with high tariffs and have been shamelessly stealing our intellectual property.  But the Chinese are very proud people, and now they feel like they have been slapped in the face.

So they won’t back down in a trade war, and on Wednesday they said that they “aren’t afraid of fighting one”…

China is ready to retaliate after the United States revived plans to hit it with new tariffs.

“We want to reiterate that we don’t want a trade war, but we aren’t afraid of fighting one,” Chinese Foreign Ministry spokeswoman Hua Chunying said at a briefing on Wednesday.

Fighting a trade war with China would be bad enough, but it turns out that we are also starting one with the European Union.  The following comes from Zero Hedge…

Time’s up! A month ago, President Trump delayed his EU steel and aluminum tariffs decision and as of Friday, that deadline is over and the US allies across Europe will face big decisions on retaliation.

Amid threats from various European leaders – and the potentially unipolar world order repressing blowback from Trump’s Iran decision and subsequent sanctions – The Wall Street Journal reports that the Trump administration, unable to win concessions from European Union counterparts ahead of a Friday deadline, is planning to make good on a threat to apply tariffs on European steel and aluminum, according to people familiar with the matter.

The announcement is reportedly likely to occur on Thursday, and will be 25% on imported steel and 10% on imported aluminum.

Other than the United States, China and the European Union are the two greatest economic powers on the entire planet.

Picking a fight with both of them at the same time is not wise.

And like China, the Europeans are pledging “swift retaliation”…

The metal tariffs threaten €6.4 billion ($7.4 billion) worth of European exports, and the bloc has promised swift retaliation if it is not exempted from the trade penalties.

The European Union updated a list of American products earlier this month that would be hit with 25% tariffs if the United States moved forward. It includes US motorcycles, denim, cigarettes, cranberry juice and peanut butter.

There is more than a trillion dollars worth of trade between the United States and Europe each year, and so this is a very, very big deal.

A trade war should always be a last resort.  Every effort should have been made to negotiate a solution to our trade problems, and that does not appear to have happened.

And in addition to fighting China and Europe, the U.S. government has also decided now would be a good time to start a trade war with our neighbors here in North America as well.

In fact, tough tariffs on aluminum and steel imports from Canada and Mexico could start on Friday…

The import taxes could take effect as soon as Friday.

The move is likely to have an immediate impact on global trade in steel and aluminum, particularly between the United States and Canada, the nation’s largest source of imported steel.

The decision also invites retaliation from each of the trading partners, which have vowed to erect new barriers to a range of U.S. products.

Canadians are perhaps the most polite people on the face of the planet, and so it really takes a lot to upset them.

But that is precisely what has happened, and they are pledging to “defend our workers and our industry”…

“Our government always is very ready and very prepared to respond appropriately to every action. We are always prepared and ready to defend our workers and our industry,” Foreign Affairs Minister Chrystia Freeland said in Washington on Tuesday.

“Canadian steelworkers should absolutely know that the government of Canada has their back,” she said.

If we start slapping tariffs on all of our trading partners and they retaliate by slapping more tariffs on us, that isn’t suddenly going to bring manufacturing facilities and jobs back to America.

Instead, it will just result in a crippling economic slowdown.

It is true that we simply cannot continue to run a trade deficit of 40 or 50 billion dollars month after month.  The path that we are currently on is a path to national economic suicide.

But simultaneously fighting trade wars with China, Europe, Canada and Mexico is not going to solve anything.

In the end, our recklessness could ultimately be the trigger for the greatest economic crisis that any of us have ever seen.