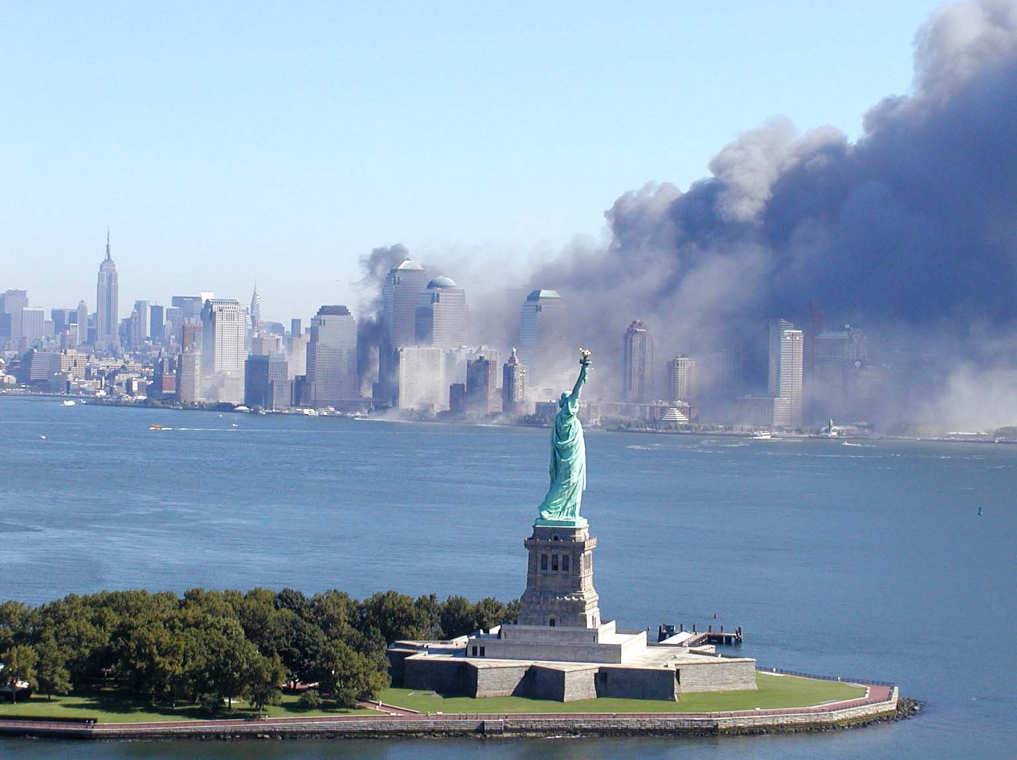 The U.S. war in Afghanistan is now the longest in American history and has been a complete failure, abandoned by our lawmakers. The 2003 invasion of Iraq and the subsequent rise of ISIS was based on lies. NSA spying on American citizens is as bad as ever today with over 530 million U.S. phone records collected last year. The creation of the now third-largest U.S. government agency, the Department of Homeland Security, with its 240,000 federal employees and its $47.5 million budget have bloated the size and scope of the federal government to an alarming level.

None of this would have been possible without the catastrophic and catalyzing events of September 11, 2001, the ultimate inside job.

On April 10th, the Lawyers’ Committee for 9/11 Inquiry, a group representing the families of victims, filed a petition with the U.S. Attorney for the Southern District of New York to demand a thorough and transparent investigation into the crimes committed on September 11th. The committee claims to have “conclusive” evidence that explosives were planted and detonated at the World Trade Center which led to the free fall collapse of both twin towers and WTC 7.

The 52-page petition is accompanied by 57 exhibits and federal statute requires the U.S. Department of Justice to review the evidence with a special grand jury. The petition states: “The Lawyers’ Committee has reviewed the relevant available evidence . . . and has reached a consensus that there is not just substantial or persuasive evidence of yet-to-be-prosecuted crimes related to the use of pre-planted explosives and/or incendiaries . . . on 9/11, but there is actually conclusive evidence that such federal crimes were committed.”

Add your name as a supporter of their petition here.

Below is a video of the press conference announcing the petition.

The evidence laid out includes the following:

Conveniently, none of this evidence was discussed in the 9/11 commission that was initially appointed to investigate the collapse of the WTC. The commission has since been exposed as a fraud and members of the commission believe they were being lied to and were not given an adequate timeline to completely discover the truth around the events of that day.

A 2006 report from the Washington Post revealed that most of the people who oversaw the commission believed they were being lied to and talked about referring the matter to the Department of Justice.

“Suspicion of wrongdoing ran so deep that the 10-member commission, in a secret meeting at the end of its tenure in summer 2004, debated referring the matter to the Justice Department for criminal investigation, according to several commission sources. Staff members and some commissioners thought that e-mails and other evidence provided enough probable cause to believe that military and aviation officials violated the law by making false statements to Congress and to the commission, hoping to hide the bungled response to the hijackings, these sources said.”

John Farmer was one who expressed these doubts and he later wrote a book called “The Ground Truth,” digging into how evidence was intentionally left out of the report and how intelligence agencies lied about the incident. A coalition of agents from the NSA, FBI, and other intelligence agencies blew the whistle about the commission and said there was evidence that was intentionally ignored and left out of the report.

It is time to wake up. The truth is staring us in the face and we cannot accept the government’s story that led to the endless war on terror, loss of liberty, privacy, and warrantless spying on American citizens, and costly wars in Iraq and Afghanistan and now Syria and possibly Iran. Convenient how Saudi Arabia is absent from this list.

Mysterious truck vans were seen on site at the WTC in weeks leading up to 9/11 entering the parking garage of the office buildings at 3AM outside of regular business hours and after the janitors left. More and more curious and devout patriots and truth-seekers are speaking up and bringing the truth to the surface. One of the most confounding aspects of the 9/11 attacks was the fact that WTC 7 collapsed hours after the twin towers fell despite not being hit by any airplane. Most do not even know that this almost 50-story tower fell crumbling to the ground that evening. Finally, engines found on the ground in Manhattan did not match those of the plane claimed to have crashed into the WTC and there were many instances of explosions being heard throughout the towers as white smoke billowed up from the lobby.

The WTC 7 tower has become a key focus for 9/11 truthers. The building is about 100 yards away from the twin towers but was apparently brought down by fires resulting from debris after the collapse of the other two towers. Explosions were heard at WTC 7 by paramedics and firefighters on the ground as well as people who were trying to get out of the building. The lobby of the tower was shattered by some kind of explosion.

A 2008 report by the National Institute of Standards and Technology (NIST) found that WTC 7 collapsed in free fall after fires on multiple floors “caused a critical support column to fail, initiating a fire-induced progressive collapse that brought the building down.” But this could not be the case. The fires could not have been hot enough to bring the building down and there are many errors in the NIST report. AE911 Truth board member Roland Angle confirms that there are plenty of discrepancies in the report and further claims that there his organization has raised hundreds of thousands of dollars to fund additional research at the University of Alaska Fairbanks. The conclusions of that study will be published later this year.

Loose Change 9/11, a documentary written and directed by Dylan Avery is an illuminating film on what really happened that day. He mentions the Project for a New American Century, founded by neoconservative war hawks Bill Kristol, Dick Cheney, and Robert Kagan, which put out a report in September 2000 that concluded a multi-front war could not commence outside the occurrence of a catastrophic and catalyzing event like Pearl Harbor.

So, exactly one year later, Dick Cheney was in the White House with President George W. Bush and that catastrophic event timely occurred, shaping Bush’s foreign and domestic policies for the next seven years in office.

No steel or concrete building has collapsed due to fire like the three WTC buildings have in American history. Explosions were heard similar to how charges sound during a controlled demolition of a building. Evidence at ground zero was promptly removed. Many eyewitness accounts claim that the airplanes that hit the towers looked like a black or gray military plane without any markings of a commercial airliner and YouTube videos show something ominous like an explosive device on the bottom of the plane.

Explosive residue studied by physicists obtained from a NYC resident next door revealed that the highly explosive thermite was found from the debris after the towers collapsed. This would explain why the fires were so hot and burned on ground zero for four whole months after 9/11. Further perplexing facts are that no plane debris was found at the Pentagon, no videos released show a plane hitting the building, and no plane remnants or engines or passengers were found in that field in Pennsylvania, something that has never happened in the history of plane crashes.

Edward Curtin reviewed David Griffin’s book, Bush and Cheney: How They Ruined America and the World, released last August. The 15 miracles listed below are what Griffin identified as impossibilities and unexplained phenomena surrounding 9/11.

Still unconvinced that 9/11 was an inside job? There are so many questions and unexplained realities of that day that there seems to be no other explanation. This is a dangerous day for America, but we are waking up: 54.3 percent of Americans believe the government is concealing what they know about 9/11, according to the National Survey of Fears.

Stay tuned for Part II of my series, The Ultimate Inside Job, that delves into how 9/11 was predicted and how 9/11 truthers are finally starting to gain traction as the truth continues to bubble toward the surface in today’s YouTube/social media era.