This is EXACTLY our long-standing pt. In 3q14, foreign CB’s stopped sterilizing US deficits, which meant US deficits “mattered” for the 1st time in 70 yrs. US govt eff forced domestic investors to fund it via ACA, Bank HQLA, MMF Reforms, now Tax Reform. Cht via @dlacalle_IA 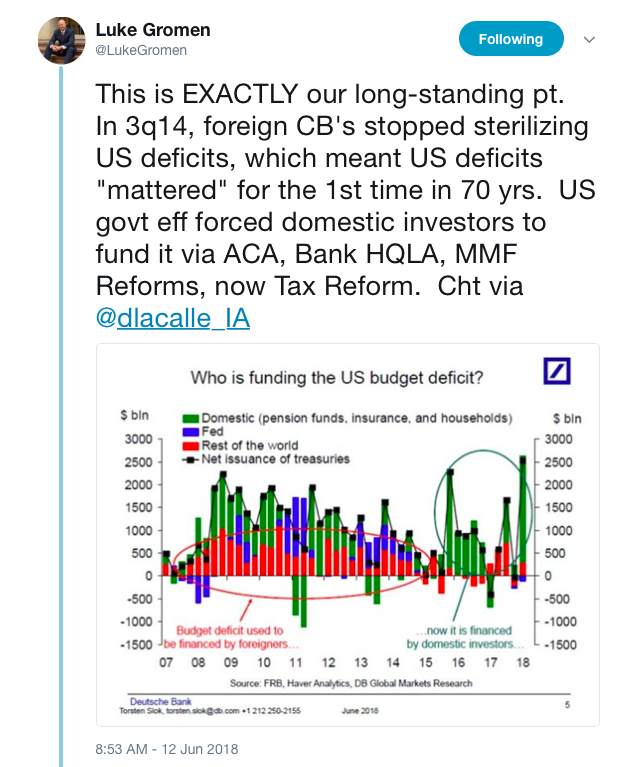 Forcing US investors to fund US deficits drove the USD higher and worked great from 3q14-3q16…but then something unexpected happened. US efforts to reduce deficits by pushing them onto US citizens led to rising US deficits as they crowded out the US economy:

…& structurally, the US deficit position (which needs to be funded by only domestic) makes the US’ deficits from Vietnam look like child’s play. UST yields started rising on sharp equity sell-offs in Feb. “Uh-oh” said the Fed, we need to defend the UST mkt…get more hawkish! 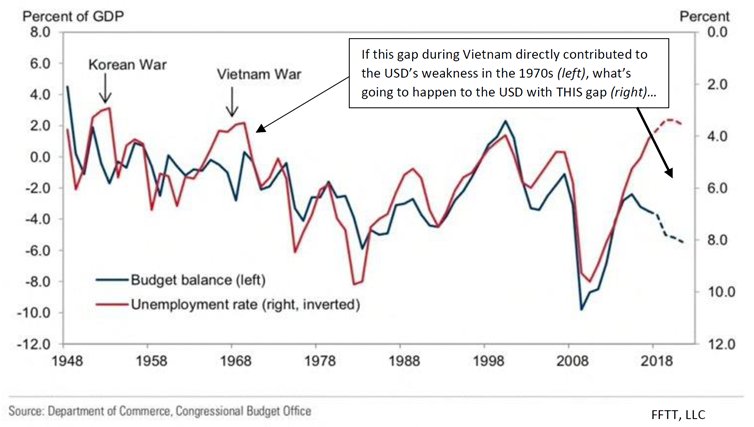 So IMO there are really 2 trades on USD. The “short squeeze” trade, which was largely done 3q14-3q16, but which has received a reprieve since March in response to renewed Fed hawkishness (which we chgd our NT stance for on 3/1), & the “Big Trade” in the last cht above…

I suspect that this big picture dynamic is why gold stopped reacting to US real rates around mid-2017 (real rates inverted in this chart). 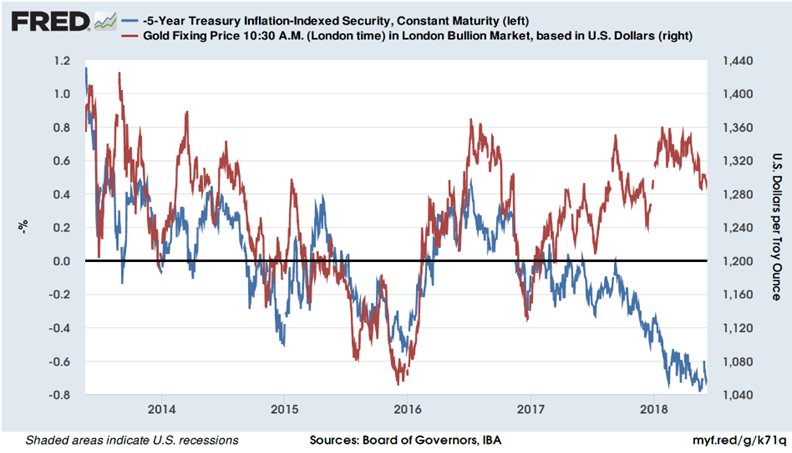