$10 trillion in corporate debt will be refinanced within 2 years. And looks like nothing's changed since Dec 26. I don't understand the joy some brainless trolls are having. I made 310 handles in Dec. You took 50 back so far. So go get yourself an ass-aid before it evaporates pic.twitter.com/9nZR0B5f4r 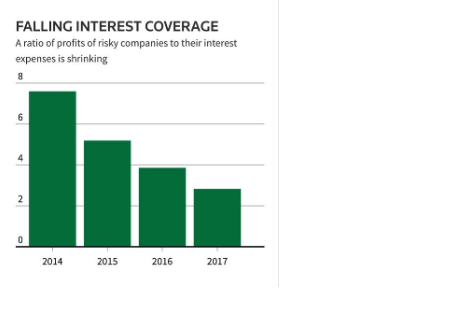 NEW YORK (Reuters) – Many U.S. companies that gorged on cheap debt with forgiving terms over the last decade now find themselves shackled by it, spending much of their earnings paying off lenders rather than investing in their businesses or hiring.

Who cares. Earnings revision is plunging more than in 2008… t.co/Evtl3GJk7l