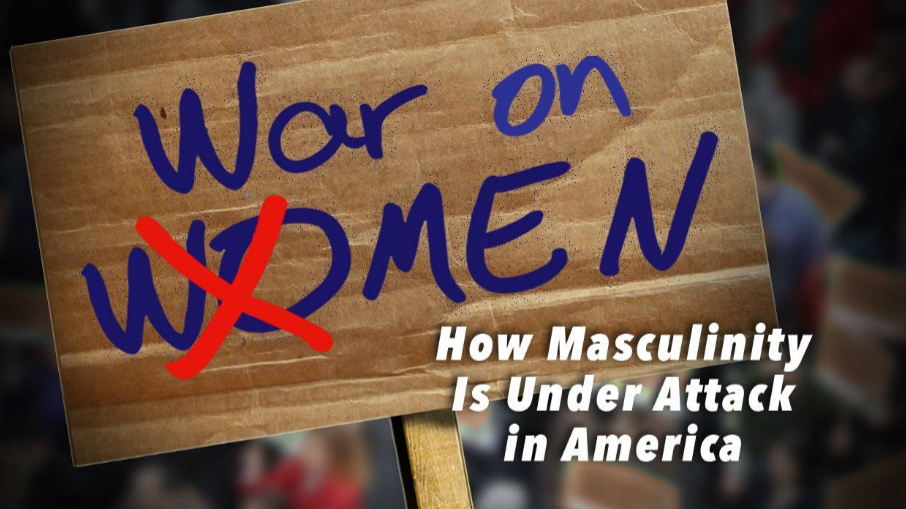 There’s something tragic and unequivocally devastating happening to men in America today. During this #MeToo era, men are seen as rapists and misogynists when in fact most are gentlemen. Sadly, men are literally a dying breed. Masculinity is dismissed in favor of the feminization of males in the U.S. This is a dangerous trend and the statistics of the decline of men in America are very troubling, especially because it is rarely publicly acknowledged.

Fox News’ Tucker Carlson rolled out a special series on his show titled, “Something Ominous is Happening to Men.” Here are some scary facts he pointed out…

The overarching message from American society is that men are fine, they don’t need any help. However, the average American man will die five years earlier than a woman. This is largely due to the spike in addiction rates for males: men are more than twice as likely to become addicts or die of a drug overdose than women. Women are actually living longer now than ever before. In opioid-addicted New Hampshire, 73% of overdose deaths were men. Since the 1990s, 77% of all suicides in the U.S. were committed by men, a dramatic increase that is never talked about. The suicide rate for males from 1997 to 2014 jumped an astonishing 43%. Most were white men.

Men are far from succeeding in America today. They make up over 90% of our prison population. Boys are failing in school. More girls than boys graduate high school and far more girls go to college. One in five high school boys have been diagnosed with some kind of hyperactivity disorder as ADHD drugs are given out like candy by our medical practitioners. Only one in eleven girls have a similar hyperactivity disorder. Women outnumber men in graduate schools, medical schools, and law schools. Gone are the days of American patriarchy.

Between 1979 and 2010, the number of high school-educated working age men’s wages dropped 20% while wages for women rose. Seven million working age men don’t work or look for work at all and nearly half of them take some kind of pain medication everyday. Far fewer men get married or stay married and one in five American children now live with only their mothers.

The facts of the matter are apparent. Men are struggling and this trend shows few signs of slowing down anytime soon. Young adult men are more likely to stay at home living with their parents while women are far more likely to own a house.

And then there’s the often-cited wage gap. Liberals and feminists constantly point to the 77 cents for every dollar a man makes. However, this number compares all American men with all American women across all professions. No legitimate social scientist or economist would consider this a valid measure. “The number doesn’t mean anything,” Tucker declared. When we compare employees with similar experience, hours, and professions, the gap all but disappears. One study Tucker mentions shows that young women in American metropolitan areas take home 8% more than their male counterparts, based on U.S. Census data.

Just as troubling, men are becoming less male. Sperm counts have plummeted. Testosterone levels have fallen year after year since 1987. Lower testosterone is associated with depression, weight gain, and lethargy. The mainstream media has simply ignored this story because it does not fit their woman-first, Trump-bashing, liberal-nonsense agenda. Furthermore, the scientific community does not see the decline of the American male as a priority to research in any way. American men are failing in mind, body, and spirit. This crisis can no longer be ignored. Yet, our nation’s leaders continue to pretend it is not happening, constantly drumming the #MeToo narrative that women are victims and men are oppressors. Men are privileged. Women are oppressed. And so it goes.

This narrative is simply an outdated view of America. It no longer exists. Women are more than equal to men today. They are succeeding and making more money than they ever have. They are far more educated and mentally stable than men. Ignoring the precipitous drop in the health and well-being of men in America does not help anyone. In fact, it hurts everyone. Men and women need each other to survive.

Daisy Luther wrote an enlightening article in The Organic Pepper recently, titled, Why the War on Men is Hurting Everyone. Coming at the issue from a female perspective, she bemoans the current state of affairs that being a man makes you crazy, a rapist in the waiting, an oppressor of women, a violent, domineering, angry brute, and, well, you get the picture.

According to the University of Texas at Austin, that is exactly who men are. They need to be less manly, less violent, and less of a gentleman (because that’s sexist obviously).

The 51,000-student university rolled out a program called MasculinUT “that treats men as though they are violent rapists just waiting for a woman on whom to force themselves. And, you know, slap around a little, because apparently, that is what men do. The project praises a poster of a black man with a flower crown, but mourns that masculinity ‘should go further than that,’” Luther writes. 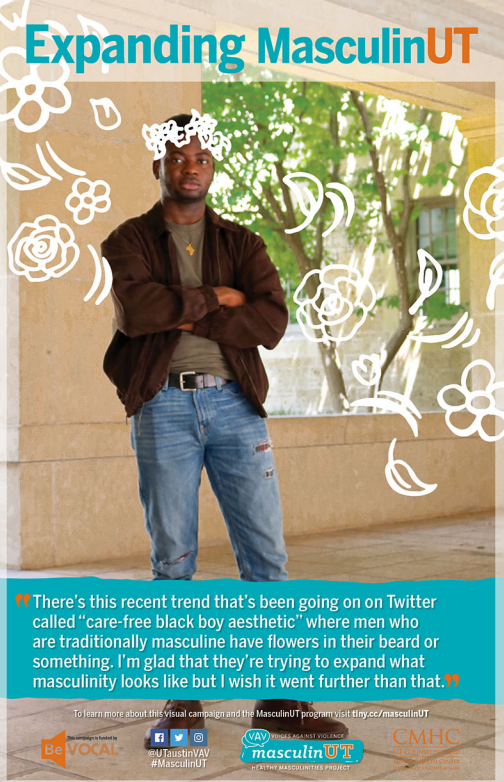 What would further than that look like exactly? And why is this program a project of the university’s mental health center? Is being masculine a mental health issue? American Thinker and PJ Media both voiced their concerns over this controversy.

In response, UT stated, “The MasculinUT program does not treat masculinity as a ‘mental health issue,’ and any such statements are simply not accurate. It was established to bring more men to the table to address interpersonal violence, sexual assault and other issues.” I’m all for reducing sexual harassment, sexual violence, and holding predators accountable for their actions. But this war on men accomplishes nothing and is only exacerbating a debilitating issue, the incontrovertible facts of which I have mentioned above.

Luther reveals the many problems with this inexcusable war on men underway in this country: “I hate to sound melodramatic, but this seems to me like another part of the ongoing war on men. Lately, there is little that a man can do without the Social Justice Warriors taking him to task. God help them if they dare to hold the door for the wrong woman. (Not me, though. I’m going to be ticked off if you don’t hold the door, because MANNERS.)” Without a doubt, grotesque men like Harvey Weinstein, Bill Cosby, Kevin Spacey, and Matt Lauer deserve to prosecuted for their crimes against the women (and men) they preyed upon. Harassment in the workplace should never be tolerated and should be properly punished when it occurs. Women making less than men for doing the same job is inexcusable. But these realities do not mean that all men are misogynist pigs oppressing women throughout society.

Most men are kind and loving individuals who treat women like ladies and respect them in all facets of life. But we live in a world of “gender equality” that means men should cater to women, let them have promotions over them simply because they are a woman, and refrain from speaking up in meetings so women can have a seat at the table and have their voice be heard. This is no longer a struggle for equality, women now appear to be discriminating against men and surpassing them financially.

Unfortunately, pop culture keeps urging our boys to be girly. Energetic and active boys get in trouble for being themselves and are far too regularly drugged up and treated for ADHD. It’s not totally wrong for some boys to want to be more like a girl, but we need be okay with boys being boys.

The war on men will hurt everyone eventually and result in the downfall of our once great society.

Manly men should not be shamed for being who they are. But boys are being educated the opposite in our schools these days. An entire generation is being trained to mold less masculine men. “We’re politically correcting ourselves into extinction,” Luther concludes. In the end, most women are actually much more attracted to masculine gentlemen as opposed to soft, feminine, and sensitive men.

The numbers bear out this calamity of the war on men. Millennial birth rates have hit historic lows and they are having less sex than any generation in 60 years. The number of babies born in the U.S. just hit a 40-year low, according to the Centers for Disease Control and Prevention. 2017 estimates revealed that about 3.8 million babies were born in the U.S., a fertility rate amounting to 1.76 births per woman. This rate is a 2% drop from 2016, the largest single-year drop in the birth rate since 2010 and far fewer than the 4.31 million babies born in 2007 when the fertility rate was 2.08 births per woman.

This trend is only accelerating and the war on men and the feminization of our young men in this country is exacerbating an already disturbing problem. Men are living scared these days in fear of being hit with a lawsuit for any kind of inappropriate joke or touch of a woman in the workplace. “Once upon a time, feminism was about equality,” Luther points out. “Now, it’s about anything BUT equality. It’s about denigrating half of the population and forcing them to behave in a way that is completely unnatural to them.”

Men and women are different in so many ways. This is not sexist. This is biology. There is nothing wrong with this. We should celebrate our differences, not criticize them. This experiment we are running in America will end our society as we know it. Political correctness run amok is already seeing a backlash in our politics, but when will it reach out culture? Is it too late? Are we too far down the road already?

I hope not. We better not. I am a man and am proud to be one. I love women and love this country, which is why I wrote this article. We need to reverse course immediately if we are to have a country in the future. We need to have babies, start families, and stop attacking men for being who they are.

We have no other choice.

Bob is a freelance journalist and researcher. He remains forever skeptical of the mainstream media narrative and dedicated to uncovering the truth. Bob writes about politics (in DC and CA), economics, cultural trends, public policy, media, history, real estate, Trump Derangement Syndrome, and geopolitics. Bob grew up in Northern California, went to college in Southern California, and lived 4+ years in Seattle. He now lives in sunny Sacramento. His writing also appears in Investment Watch Blog and has been posted on ZeroHedge.