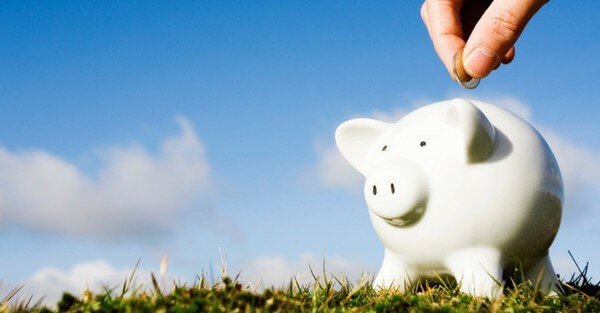 Howard Marks is one of the greatest investors in history.

Marks is the founder of the credit investment firm Oaktree Capital Management. And he’s been sharing his insights with the public in his Chairman memos since 1990 (which you can read for free on his website).

Even Warren Buffett stops what he’s doing when Marks releases a new memo… Buffett says it’s “the first thing I open and read.”

Marks’ latest memo, titled The Seven Worst Words in the World, came out last week. And those seven words are – “too much money chasing too few deals.”

As you probably guessed, Marks is talking about how overheated the market is today and the end of the economic cycle.

He starts the memo by recounting the days leading up to the Gobal Financial Crisis, when Oaktree started turning cautious…

“The economy was doing quite well. Stocks weren’t particularly overpriced. And I can assure you we had no idea that sub-prime mortgages and sub-prime mortgage backed securities would go bad in huge numbers, bringing on the Global Financial Crisis…

[A]lmost every day we saw deals being done that we felt wouldn’t be doable in a market marked by appropriate levels of caution, discipline, skepticism and risk aversion. As Warren Buffett says, “the less prudence with which others conduct their affairs, the greater the prudence with which we should conduct our own affairs.” Thus the imprudent deals that were getting done in 2005-06 were enough reason for us to increase our caution.”

Today, like in the days leading up to the Global Financial Crisis we’re seeing lots of inconsistencies in the market…

Two stocks, Apple and Amazon, are responsible for nearly 30% of the S&P 500’s gain so far this year.

And investors are willing to lend US companies (which are already sitting on a record $6.3 trillion of debt) more money with less protection.

As our friend Jim Grant mentioned in our podcast, today we have boom era stock prices coupled with depression era interest rates – two things that are completely incongruent with one another.

In his memo, Marks lists a number of other things that just don’t make sense today…

– At the beginning of this year, private equity firms looked to raise $744 billion for funds, more money than at any other time in history

– One of the fastest-growing areas of the credit markets are leveraged loans (lending money to already highly indebted firms), which have grown from $500 billion in 2008 to $1.1 trillion

Marks also lists a number of specific deals his team has seen, and highlights a conversation a colleague had with a banker which particularly highlights the folly in most investors’ thinking today…

A banker recently told me that for the first time since 2007, he has been in a credit review and heard the credit deputy rationalize approving a risky deal because it is a small part of a larger portfolio so they can afford for it to go wrong, and if they pass on the deal, they will lose market share to their competitors.

I could go on, but you get the idea. Things are crazy today. I’d encourage you to read Marks’ memo to see even more egregious examples.

But it’s not just Marks that is urging caution today. Ray Dalio, founder of Bridgewater, the world’s largest hedge fund, says we’ll see a recession by 2020. He even wrote a book called A Template for Understanding BIG DEBT CRISES, which he’s giving away for free.

Ken Griffin from Citadel says we have 18-24 months before a correction. And in a recent interview, billionaire hedge fund manager Stan Druckenmiller said “we’re kind of at that stage in the cycle where bombs are going off.”

I’m not saying the market can’t keep going up from here, because it can (and every guru I mention above agrees).

The point is, it’s time to be cautious. And it’s time to start preparing for the inevitable downturn, whenever it hits.

But you don’t have to invest in overpriced stocks or risky corporate bonds today. You have more options.

Yes, you can always sell out of everything and wait on the sidelines. That’s perfectly fine (and we’ve shared some ideas on how you can raise cash today), but you might miss out on future gains.

READ  WTLF: "We Have to Prepare for a More Angry World" -- Klaus Schwab

Smaller investors have a major advantage over Buffett and Marks today.

Even if you have $10 or $20 million to invest, you have lots of options for solid, risk-adjusted returns today.

Buffett and Marks don’t. Buffett is literally sitting on the sidelines with $112 billion because he can’t find anything to invest in. For something to move Buffett’s needle, he has to put at least a couple billion dollars to work.

To give you an example of what I’m talking about, we’re currently evaluating a deal for our Total Access members (our highest level of membership)… It’s a secured loan that will pay us 10-15% a year, with collateral worth 3-4x our investment. Plus, we actually have legal and administrative custody of the asset.

These opportunities are out there. No, they’re not as easy as buying Apple stock… you’ve got to put the work in.

But on a risk-adjusted basis, you have a lot of advantages today as a smaller, individual investor… namely access to certain opportunities the big guys don’t have. It just takes a bit of education, the willingness to think different and take action.

As Marks said, there’s too much money chasing too few deals. So we’ve got to look where the big guys aren’t.

I’ll be in touch soon with details on another idea that offers the potential for huge gains on an incredibly tax-advantaged basis. It’s one of the most exciting opportunities I’ve seen in awhile.