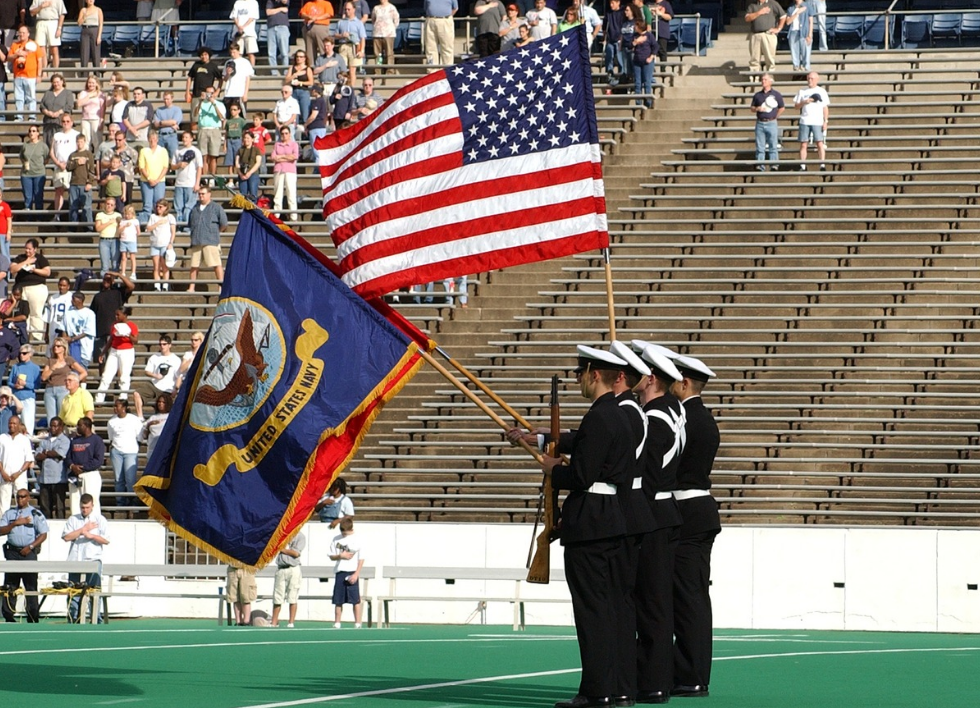 A huge national debate about our most important national symbols has erupted, and it is rapidly becoming one of our hottest political issues.  But what most people don’t realize is that this isn’t really a debate about our past.  Rather, it is a debate about what our future is going to look like.  Those that are demonizing the American flag, the national anthem, the Declaration of Independence and the Constitution are not doing so for the purpose of winning a historical debate.  Their true goal is to “cancel” those symbols and replace them with new ones, because our existing national symbols represent values and principles that are diametrically opposed to the values and principles that they wish to impose upon society.

If they ultimately get their way, the United States will eventually become an extremely repressive high tech dystopian society where absolutely no dissent is tolerated.  In other words, we would look a whole lot like communist China does today.

When I was growing up, the “godless communists” on the other side of the globe were the “bad guys”, and I was raised to greatly love the flag and the freedoms that it represented.  But now our flag is regularly demonized by the corporate media.  For example, the New York Times just published an article in which the flag was described as “alienating”…

What was once a unifying symbol — there is a star on it for each state, after all — is now alienating to some, its stripes now fault lines between people who kneel while “The Star-Spangled Banner” plays and those for whom not pledging allegiance is an affront.

And it has made the celebration of the Fourth of July, of patriotic bunting and cakes with blueberries and strawberries arranged into Old Glory, into another cleft in a country that seems no longer quite so indivisible, under a flag threatening to fray.

At one time, it would have been unthinkable for a major newspaper to publish such a statement, but times have changed.

And calls for our existing flag to be replaced with a new one are starting to grow louder.  The following comes from a widely circulated opinion piece that singer Macy Gray authored last month…

President Biden, Madame Harris and members of Congress: the American flag has been hijacked as code for a specific belief. God bless those believers, they can have it. Like the Confederate, it is tattered, dated, divisive, and incorrect. It no longer represents democracy and freedom. It no longer represents ALL of us. It’s not fair to be forced to honor it. It’s time for a new flag.

Of course it isn’t just the flag that they want to replace.

See also  So, Biden Admin wants the ATLANTA BRAVES to change their name...

Right now, there is a Change.org petition that is calling for a new national anthem…

The petition, started by Lawrence Johnson, cites three reasons why the national anthem should be changed:

The “Star Spangled Banner” contains “racism,” elitism and even sexism embedded in its third and fourth stanzas, which have no place in the national anthem of a democracy that claims that all men (and women) are created equal, the petition says.

That particular petition is suggesting that “American The Beautiful” should be the new anthem, but a lot of people are also now referring to “Lift Every Voice And Sing” as a “national anthem”…

PBS has sparked tense backlash with its decision to have Vanessa Williams perform the “black national anthem” during its July 4 coverage — with critics blasting the move as divisive and un-American.

Williams’ performance on the station’s annual Capitol Fourth program Sunday evening is intended to celebrate the recognition of Juneteenth’s establishment as a federal holiday.

In the end, they aren’t going to be satisfied with changing just one or two things.

The goal is for all of the symbols of our founding era to be “canceled”, and this even includes our most important founding documents.

Earlier today, I was stunned to learn that NPR is now publicly claiming that the Declaration of Independence is filled with “flaws and hypocrisies”…

In an online article, NPR stated: ‘Over the past 32 years, Morning Edition has broadcast a reading of the Declaration of Independence by NPR staff as a way of marking Independence Day.

‘But after last summer’s protests and our national reckoning on race, the words in the document land differently.’

In reference to the ‘flaws and hypocrisies’ within the historic document, NPR wrote: ‘It famously declares “that all men are created equal” even though women, enslaved people and Indigenous Americans were not held as equal at the time.’

And Congresswoman Maxine Waters is publicly attacking it as well…

July 4th… & so, the Declaration of Independence says all men are created equal. Equal to what? What men? Only white men?

“All men are created equal” is a phrase that has been a beacon of hope for men and women all over the globe for more than two centuries, but now Maxine Waters would like us to believe that it is actually an insult.

Sadly, I am certain that it won’t be too long before someone out there comes up with a “new Declaration of Independence” to replace the old one.

Of course the U.S. Constitution is under relentless assault as well.  When I was in law school, my liberal professors taught me that it was a “living, breathing document” that could be changed to make it say anything that we wanted it to say.

But these days that is not enough for many on the left.  A lot of them now want to get rid of that “flawed” document entirely and start over.

The endgame is to create an entirely different country from the one that our founders originally established, and every year they make a little bit more progress toward that goal.

Of course there are still millions of patriotic Americans that are absolutely determined to keep them from winning, but the other side has far more money and far more power at this stage.

Name one mainline institution that the woke left does not now control — and warp. The media? The campus? Silicon Valley? Professional sports? The corporate boardroom? Foundations? The K-12 educational establishment? The military hierarchy? The government deep state? The FBI top echelon?

The left absorbed them all. But this time around, members of the left really believe that “by any means necessary” is no mere slogan. Instead, it is a model of how to disrupt or destroy American customs, traditions and values.

All throughout our history, Americans have sacrificed so much so that future generations could live free.

But now all of our precious freedoms are on the line, and the other side is absolutely determined to permanently destroy everything that our founders worked so hard to build.

We have reached such a critical moment in our history, and America’s future hangs in the balance.